Is TV over as we know it? 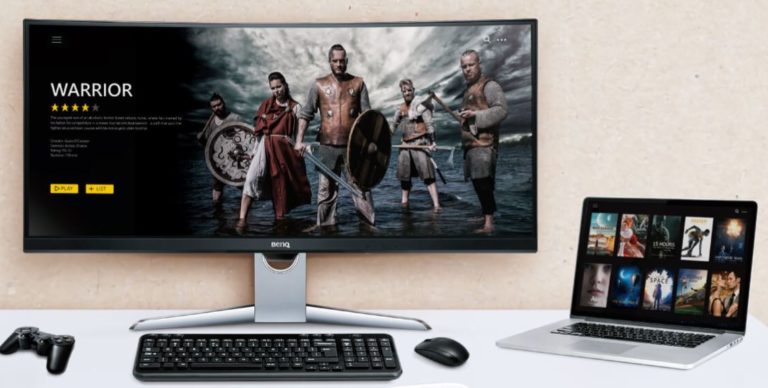 Enter the era of cable cutting, streaming and content consumption on a huge range of portable devices. TV is over as we know it!

Australians are switching off free-to-air TV and ditching cable/satellite in droves. It is not just that Netflix is a cheaper and better all-you-can-eat solution, but that media content now comes from so many sources. Facebook, Google, YouTube, Instagram, gaming and catch up TV.

All of these have one thing in common – streaming over the internet. Or put concisely these disruptive media outlets like Facebook, Amazon, Apple, Netflix, and Google have mastered this model by reinventing the way people consume content.

In fact, Adobe has some interesting trends.

GadgetGuy had a chat to Martin Moelle, Managing Director, BenQ Australia to see if this had changed the way we view content.

BenQ make a huge range of computer monitors, digital projectors, signage and eSports devices. And Martin has been with BenQ since 2006, first in Japan and since 2013 as MD in Australia.

The remainder of the article is paraphrased.

GG: Have you seen a change in the types of devices people are demanding?

MM: If you go back even 12-months there was limited demand for 4K monitors or digital projectors. Today that is fast becoming the norm.

There are so many reasons.

TV is no longer the social and entertainment hub where the family gathered after dinner. These days we have personal screens – computers, smartphones and tablets impacting the way we consume TV and other forms of entertainment. In part that is because the smartphone untethered us from a fixed place to work or play.

We are moving away from a centralised location and the practice of whole-family viewing. Some age groups — specifically the generation raised on digital devices — are actively seeking entertainment forms other than broadcast television. And frankly the digital generation do not want to watch what their parents watch!

So, while every home will have a TV or two for large format, long-form viewing, the importance of personal screens for short-form viewing is even more compelling. OzTAM sees a huge shift of viewing minutes to mobile, desktop/laptop and tablets. Pretty well all these now have more viewing minutes than big screen TV.

GG: The other trend is streaming what you when you want.

MM: The OzTAM report (a little out of date now) shows that Australians are watching more online content than ever before. The data highlights acute generational differences, with the 18-24 age group leading the charge (watching about 31 hours online per month) and the 65+ age group trailing last (at around 6 hours per month), despite the older group being the highest consumers of television hours overall. The 18-24 cohort also watches significantly less broadcast television than every other age group.

So how is that impacting BenQ?

Once a TV was a TV and a monitor was a monitor. One was for play, the other for work. Gazing at a screen meant accepting the content as it was broadcast or produced.

Today’s landscape is different, as the line between work-and-play-based screen use is less defined. Monitors are increasingly utilised for leisure activities like video streaming and gaming.

It’s fine to watch content on a 5-6” smartphone but as that content becomes more immersive (like Game of Thrones) it becomes more important to see it on a screen that can do justice to all that blood, gore and sex. You can argue that a 1080p screen is bigger and a better viewing experience but to really get more a 4K, HDR TV, monitor or digital projector is just right.

And because the source does not rely on free-to-air (no tuner required) any monitor can show it. We are seeing an uptake in 4K, HDR ‘enjoyment monitors’. Nearly half our range now is UWQHD (ultra-wide) or UHD and starts from 27 to 40” plus.

Because users now spend 11 hours plus a day in front of screens we now have low blue light settings, our B+I (Brightness and Intelligence) auto settings, flicker-free and more eye care features that are becoming purchasing drivers.

GG: IS HDR on a monitor as good as a big screen TV?

Yes and no. On some BenQ monitors there are two modes – HDR TV (HDR10 compatible movies and games) and BenQ Cinema HDR (emulation). The latter is smoother and a little subtler than the HDR TV mode that is better for animation and games.

And some of our monitors now support resolution upscaling as well.

More and more screens will need to be VESA certified displays and you will see 400 (pretty much the limit of a 1080p monitor), 500, 600 and 1000 (for 4K, 10-bit colour) as well as a new true black category primarily for OLED screens. We will also see more monitors achieving closer to 100% DCI-P3 movie colour gamuts.

And Benq has become the first display manufacturer in the world to become ‘Verified by CalMAN’.   That means true, accurate colours and gamut measurements.

Is the end of big screen TV in sight

No. Nothing beats 55 or 65″+ in the proper setting with a good soundbar or system, a beer and a comfy chair.

But go back five years and try to predict the impact of streaming and portable devices on TV. You probably would not have seen what is happening now. Technology, unlimited NBN data, higher resolution devices with more processing power and storage all make content consumption so much easier.

A larger 4K multi-function monitor makes so much more sense in an apartment or bedroom.