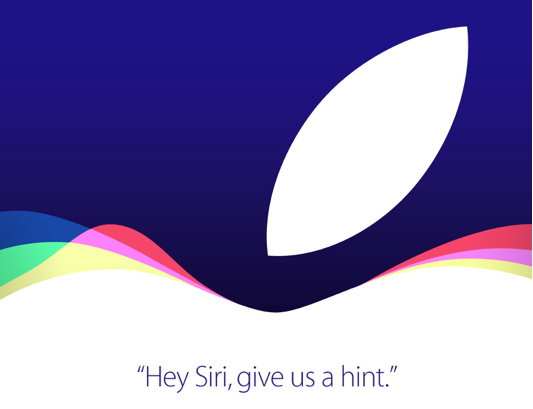 Apple has confirmed the launch date for its latest products to be September 9, at an invitation only event in San Francisco at the Bill Graham Civic Auditorium.

The title of the invite is “Hey Siri give us a hint”, which you can say to Siri on your own phone and she will respond that there’s a special event happening on September 9, which will be September 10 in Australia

While there’s no official word about what will be launched, rumours suggest an updated iPhone S, which won’t be completely new model, but an update to the current iPhone 6.

This could feature a Force Touch screen, which can measure the pressure of your taps and provide different functions depending on how hard you press.

A larger 12 inch iPad may also be on the cards, along with the official unveiling of Apple’s newest iOS 9.

The event may also see the unwrapping of a new Apple TV, which has been rumoured to appear at Apple’s events for over a year.

We’ll be attending the event, so keep an eye on this site for the news, as well as our Twitter @gadgetguysite as the event unfolds.