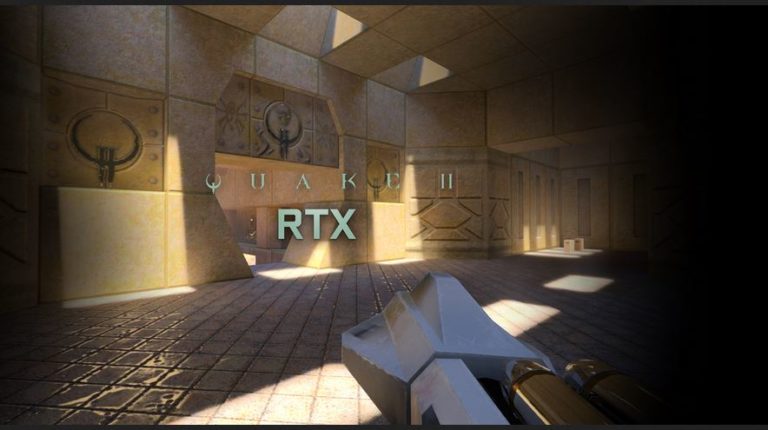 Ity Bytes 11 June – in this edition

Beats by Dr Dre (Beats) introduces The Club Collection, a bold and vivid edition of its Solo3 Wireless line-up. They feature an on-ear design (noise isolation only), handsfree phone use, and a 40-hour battery (micro-USB). They use the Apple W1 chip and require an iCloud account and macOS Sierra, iOS 10, watchOS 3 or later.

Yes, if you already own an A, R, Find and the recently launched Reno Series click here. The offer is open until 31 January and must be redeemed by 29 February 2020.

OPPO new Reno is on sale today, and by all reports is one hell of a phone. GadgetGuy covered the launch here, and it is the current speed king in the 5G stakes. Although we think the 4G version at $1199 is the one to go for until 5G is more mature (and really exists outside the Sydney CBD).

Quake II RTX is available now. Grab it on Steam or nvidia.com as a free download.

Quake II RTX includes the first three single-player levels of the PC gaming classic. Gamers that already own Quake II can experience the whole game in its entirety, including multiplayer deathmatch and cooperative multiplayer modes, all path traced.

Quake II RTX is the world’s first game that is fully path-traced, a ray-tracing technique that unifies all lighting effects such as shadows, reflections, refractions and more into a single ray-tracing algorithm. The result is a stunning new look for id Software’s Quake II, one of the world’s most popular games, originally launched in 1997

ARMOR powered by Bitdefender is on-device network-wide security – all devices that on an Orbi RBR50 network (Wi-Fi and Ethernet) are protected from virus and malware including such as viruses, spyware, ransomware, and the malicious drive-by URLs. Smartphone alerts via the Orbi app or on your computer will alert you when threats are detected and blocked.

NETGEAR Armor includes Bitdefender Total Security, which lets you install a complete anti-virus/malware protection on up to 15 Android, iOS, Windows, and Mac devices. After a 30-day trial, the annual ARMOR subscription is $99.99.

GadgetGuy says there is a trend to running security software on the router to connect attached devices. You will see more of this soon.

Iron Wolf and Iron Wolf Pro 16GB  are for Home, SOHO and SMB multi-user NAS with loads to 300TB/year and 1.2 million hours MTBF.

WD’s My Passport family has added the My Passport Go SSD with either 500GHB or 1TB of portable SSD storage at $149/269. It is housed in a durable rubber bumper case drop resistant to 2m and has an integrated USB-A cable for PC, Mac PS4 and Xbox.

It is a SATA 6 rated drive and over USB-3.0 (Blue socket) will achieve up to 400Mbps sequential read.

Hisense Home AR, available now for AR compatible Android and iOS makes it easier to choose and purchase a product from Hisense’s 2019 range of Consumer Electronics and Home Appliances. They can virtually try before they buy, ensuring a product stylistically suits and fits a space before purchasing.

The app is a partnership with Hisense’s Australia’s local R & D team and an Australian app developer. Andre Iannuzzi, Head of Marketing at Hisense Australia, said: “We are always looking for ways to add value for our customers, providing them with the tools they need to find the right product for them. The Hisense Home AR app not only gives customers everything they need to accurately measure how Hisense products will fit in their space, but also allows them to see what the product will look like with ultra-realistic detail, minimising the barrier to purchase.”

UMIDIGI (strange name) releases Ubeats (no relation to Beats by Dr Dre, nor priced like them)

Ever since we reviewed the UMIDIGI F1 big battery smartphone (no relation to the Formula 1) UMIDIGI have been keeping us appraised of product information on other UMIDIGI products.

BTW – UMIDIGI is short for You, Me, Digital so now we all get it.

UMIDIGI has a 12-hour, 140mAh battery and Qualcomm QCC3003 BT 5.0 chipset that, over BT 4.2 has four times the range, two times the speed, and eight times the broadcasting message capacity. That is impressive for a US$33 product (and there will invariably be promotional pricing as well). UMI Who – not such a strange name after all.

UMIDIGI is giving away some Ubeasts – see here.

Google first launched Chromebooks in 2010 as essentially a Chrome browser-based laptop. They have made inroads in education and since then added more offline capabilities and the ability to run selected Android apps, Chromecast and Google Assistant.

The prime attraction is that cloud computing is simpler, and more secure while eliminating everyday hassles like waiting for your computer to boot up and having to constantly update and patch it.

They are not for everyone – they don’t run Microsoft Windows or programs but with the right use case are a great alternative.

Chromebook partners are Acer, Asus, HP and Lenovo. You can purchase Chromebooks via Amazon, Officeworks, JB Hi-Fi and our new Chromebooks website.