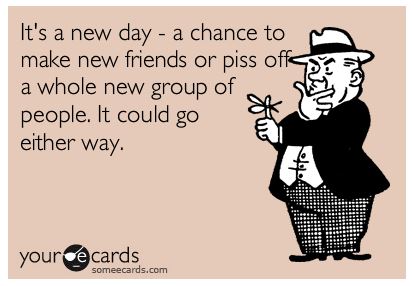 Huawei has annoyed owners of its P20/Lite/Pro, P30/Pro and some other models by displaying advertisements on its lock screen.

Respected site Ausdroid reported the story late yesterday and you should read it for more detail. The image below has been borrowed from our good friends at Ausdroid.

What it amounts to is an overt invasion of privacy regardless of whether Huawei had the right to do so, buried somewhere deep in its End User Licence Agreement – which no one reads.

Huawei did respond, “The ads are not initiated by Huawei. We encourage individuals to check app settings, or follow publicly available directions on how to remove lock screen ads,” Huawei said in a statement to Digital Trends.

GadgetGuy likes Huawei notebooks – well made, good value and great performance. The MateBook X Pro is close to perfection scoring 4.9-out-of-5 in GadgetGuy’s review. We were going to review the MateBook 13 but as its no longer on the shelves at major retailers we have had to hold that review back (a condition of all reviews is that goods are available for at least 90 days from approved retailers).

Huawei consumer division CEO Richard Yu confirmed that due to being placed on the U.S. Entity List, Huawei “cannot supply the PC.” Yu added that the matter was “unfortunate” and any future launch date “depends on how long the Entity List will be there.”

Huawei had stated that it wanted to gain a top-five spot unseating one of the incumbents – Lenovo, HP, Dell, Acer or ASUS. The US Entity List stops firms including Intel, Microsoft and others supplying Huawei with vital components and technology.

Without getting techy new Chrome APIs could have stopped ad blockers from functioning. We don’t know if the move was deliberate (to make more money from ads), or accidental (damned programmers) or in the public interest (safer browsing).

Google says, “There’s been a lot of confusion and misconception around both the motivations and implications of this change, including speculation that these changes were designed to prevent or weaken ad blockers. This is absolutely not the goal. In fact, this change is meant to give developers a way to create safer and more performant ad blockers.”

It adds that the old API was a source of abuse, with 42% of all the malicious extensions the company detected since January 2018, abusing it for nefarious purposes.

GadgetGuy’s 5G experiences so far on the HTC 5G modem, LG V50 ThinQ and OPPO Reno are, yawn, slow at best. The phones/modem are great – Telstra’s coverage is not.

At the OPPO Reno launch at Telstra’s HQ in 400 George Street Sydney it achieved damned near 2Gbps (20 times NBN 100). But the secret was that it was sitting directly under a 5G small cell and four discrete antennas. Samsung and LG in similar circumstances achieved about 1.2Gbps. Never let the facts spoil a good story, eh Telstra?

Standing right outside Telstra’s HQ was a disaster.

None of the devices could get more than 70Mbps and 40Mbps upload. Since then Seven Sunrise GadgetGuy Val Quinn has been on the hunt at Randwick (where 5G coverage is supposed to exist) and it has eluded him.

Preliminary reports however show these devices excel on the 4GX Network often getting speeds of over 150Mbps – and that network is everywhere! And I think I am torn between the wonderful sea green shark fin equipped OPPO Reno and the dual screen LG V50 ThinQ – lucky I am a Gemini!

GadgetGuy’s Guide to 5G is here.

Ever paired a Bluetooth device to Windows 10 – easy as. Ever had to enter a pairing code 0000 or 1234 – yes, almost all older BT devices need this. And that is where the problem begins and now ends. It’s a huge security hole allowing BT devices to be hijacked and used as a gateway to the host computer and network.

Bottom line – unless the manufacturer of the BT device issues a firmware your device is cactus.

We understand that this may apply to Android as well. While there solid reasons behind this I hope Microsoft issues a ‘switch option’ update to allow older devices at the owner’s risk.

Advanced users can verify if their device is affected by checking Event Log for the following event:

The term ‘drop bear’ may be ‘drop Epson’ if you mount these projectors on a wall or ceiling in a location that can result in their exposure to smoke, steam or vapours containing oils and solvents, the plastic casing can be weakened near where the projector is attached to the ceiling mount and the plastic may crack. If this occurs, the projector may fall from its mounting. Locations where these exposures are most likely to occur include near kitchens or near exhaust extraction fans.

If you have an affected projector you will be given a free inspection service and the installation of wire to secure the projector to the ceiling mount. Recall notice here.

The Google Pixel 4/XL is due out in October. GadgetGuy curated all the rumours into one article here, Well now Google leaked a picture – and we don’t know if it is in jest or earnest.