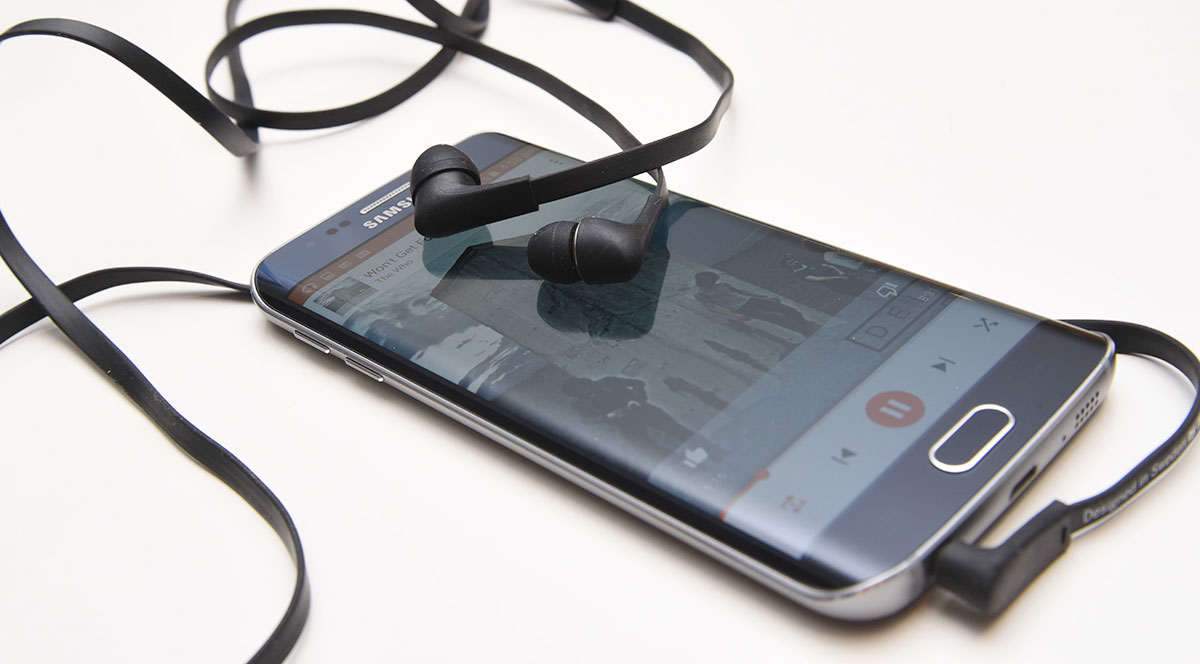 Worth checking out: Jays A-Jays Five for Android reviewed

When it comes to smartphones, owners of the iPhone seem to get all the love, with cable-based remotes that generally only work for an Apple phone or tablet. Not the A-Jays Five, however, with an Android compatible remote that’ll get you finally saying “yes!” with glee.

Design in Sweden, the Jays A-Jays Five are a tangle-free style of earphone released under the “A-Jays” line-up, which is itself a “tangle free” in-earphone lineup. The A-Jays are tangle free simply because of the flat style of cable, but the Five offers up a custom driver along a cable made for different styles of devices.

Each version keeps a remote on the cable, with three buttons on each, catering to either playback control and volume, or alternatively your own settings via the Jays downloadable application.

The A-Jays Five earphones come supplied with five pairs of silicone tips, a carrying case, and a cable clip.

Take the A-Jays out, and we’re looking at a typical in-earphone design, with a small brick holding a silicone tip that goes in your ear, but not overly far, unlike the in-ear monitors and canal phones that exist in the world.

These just sit in the ear, and provided you put on the right tip, you’ll find the A-Jays Five are comfy enough to not move and fall out, and still noticeable as you walk around.

We’ve felt comfier, that said, but the Fives definitely aren’t intrusive, and will rest quite nicely in your aural spaces.

Plug them in and you may find the cable a touch too short, and you’d be onto something. At barely over a metre — 115cm — you’ll find the length of the A-Jays Five cord is quite short, which will be suitable for plugging in a phone left in the pants pocket provided the headphone jack is aimed up, but not much else, with little room left over for the cable to reach your neck- or chin-line, and then your ears.

We were fine, but depending on where you keep your phone, you might not be, so just be aware of this before plonking the money down, as there is no extension cord included in the pack.

Once you’re plugged in, however, you are good to go. Mostly, anyway.

We say “mostly” because you’re going to want to head to the Google Play store and grab yourself a copy of “Jays Headset Control”, a small application designed to let you configure the included remote to work the way you want it to.

With this loaded, you can setup the remote to work the way you want it to, configuring the buttons to play or go forward or backward in tracks, depending on the combination of keys, with settings options available to you in an advanced mode, or some simple options detailing calls, music playback, and volume.

That last one is very important, though, because volume changes don’t normally work on Android devices, with in-line remotes on headphones and earphones primarily catering to the MFi spec used on Apple devices, meaning if you buy a pair of earphones with a remote, and you own an Android, good luck changing the volume. You might get some use from the general middle button, pausing and playing, but outside of that, you’re generally out of luck.

The Jays Five earphones fix this with specific versions made for specific phones.

This review focuses on the Android version, but we tested our Android version with a Windows Phone, and found the remote was exactly the same, raising the volume and skipping tracks in the exact same way. In contrast, the Android remote wouldn’t talk to our iPad, telling us there might be a difference between the iPhone and Android model, but there was likely no difference at all between the Android and Windows Phone version.

But the music is what matters most, and it’s time to get stuck into that.

We’ll start this review up with electronic, as we always do, as the GadgetGuy Sound Test dictates, and Imogen Heap’s “First Train Home” starts things off, with relatively clear vocals, good separation between the synth on the mids and crossing through to bass, with a noticeable if not overly punchy bottom end.

Loudness isn’t bad either, running at around 60 percent for enough volume for our ears, which is a good sign to start with.

Proper electronica shows the headphones off a little more, Daft Punk’s “Solar Sailer” highlighting the earphone’s use in softer music that can still push the bass, while heavier bass pumping tracks do just that as detailed in Mooro’s “M66R6”, The Glitch Mob’s “Skullclub”, and “I’m So Sorry” by Imagine Dragons still bringing the bass but doing so and keeping the instruments clear and separated from glitches, in between percussion, and heavy amounts of synth.

One thing we did pick up, and that’s the soundscape here can feel a little tight, almost as if the music was pushed up close to you, that you weren’t listening in a living room, but rather a closet.

Still, it sounds good, and for $120 earphones, we’re relatively happy, so we’ll continue.

Rock fares well, too, beginning with “Digital Bath” by The Deftones, vocals taking control and clear over the guitars in the mids, which have a bit of muddle and fuzz, but not too much, and not enough to say that it might not be the track and not the earphone. Nirvana’s “Smells Like Teen Spirit” clears things up, the instruments separated and balanced across the ranges, the bass drum and electric bass clear and rich enough to feel impactful.

Modern rock from the Arctic Monkeys — “Do I Wanna Know?” — felt a little distant on the vocals in comparison to the instruments, but it wasn’t enough to stop us from listening, and the strong mids and noticeable bass will certainly keep people here, as does the balance on “Locked Out Of Heaven” from Bruno Mars, which is clear across the ranges and just punchy enough on the bass to be satisfied.

There’s similar performance on the older music, with Clapton’s “Layla” bright on the guitars and vocals, with just the amount of necessary punch on the bass of the drums, with much the same on The Who’s “Won’t Get Fooled Again” and “A Day In The Life” from The Beatles. Relatively balanced across the board on all of these, and very comfortable to listen to, surprising from a pair of earphones with this price tag, to say the least.

Over to something a little more modern, and hip-hop from Galactic (“Find My Home”) is fairly immersive, with decent highs and mids, and a solid rounded out bottom end that rings true more than the mids.

You can’t quite get the edge the rapper is speaking with, but it’s still enjoyable, with a hint of warmth at the back and a crispness at the top. Notorious BIG’s “Hypnotise” echoed this, and the emphasised bass in this track was evident, the soft electric bass vibrating as Biggie speaks.

In R&B, that accentuated bass is more noticeable than a slightly hollowed out percussion, though tracks like Michael Jackson’s “Billie Jean” and D’Angelo’s “Feel Like Makin’ Love” come together nicely, the softer but still punchy lows blending with relatively detailed mids to create a totally enjoyable experience.

Pop echoes that same level of sound, with both Katy Perry’s “Roar” and Maroon 5’s “Sugar” providing clear highs, comfy mids, and just enough of that bass so you know you’re listening to something with substance.

Jazz ends this test, and since these lack the over-emphasised bottom end, you find the bass is actually a little lacklustre here, even less noticeable than before. There’s not so much as a punch of the drums or double bass in Dave Brubeck’s “Maria”, nor is there in Nat King Cole’s “It’s Only A Paper Moon”, even if the other instruments are detailed across the spectrums. Separation is all very good, that said, and if you’re fine with an absence of strong and definite bass, you’ll find these enjoyable.

Overall, we found these earphones surprisingly balanced, at least for most musical styles, with the balance tapering off in music that lacked more engineering, like jazz.

Most music styles have been pushed up these days, and for those tracks, the A-Jays Five will handle what you’re playing tremendously well. Anything else you’re listening to, if it’s a little older, and a little bit more acoustic, you’ll still likely enjoy what you hear, just without as much of that bottom end.

Great earphones are hard to come by, especially under the $100 mark, and the A-Jays Five just hit barely over the a one hundred buck note, which is fine by us.

For the money, these are some of the best sound you can find, and you’d be hard pressed to really complain, offering a remote that actually works — w00t! — and excellent sound for not too much of a shake of the wallet.

Overall
Features
Value for money
Performance
Ease of Use
Design
Reader Rating0 Votes
Fairly warm sound; Good mids; Remote can be configured to work with Android using a free app, and by default raises and lowers volume out of the box; Includes tips for very small to very large aural cavities (ear holes);
Bass may be a little subtle for some; Short cable;
4.5