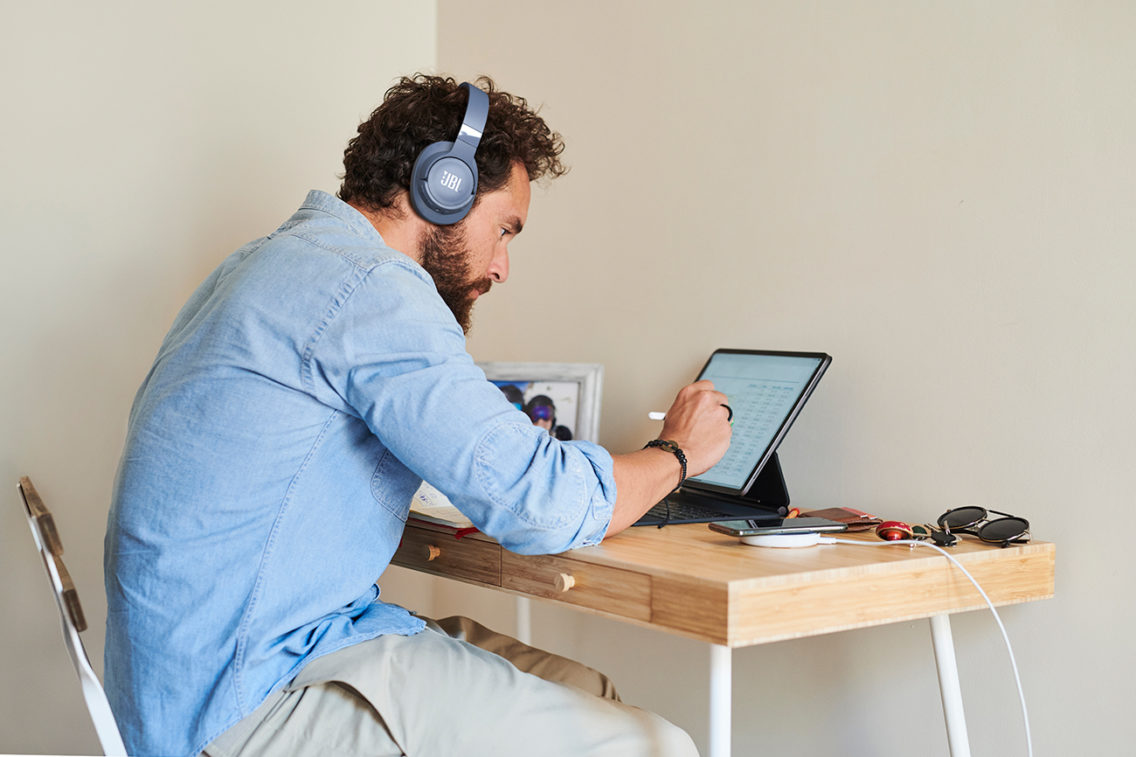 OK, let’s position the $199 JBL Tune 760NC – they have a 35-hour battery life (50 without ANC), have reasonable bass and more than acceptable noise cancelling.

You would be hard-pressed to get better for the price, although Sony WH-CH710N and Sennheiser HD 450BT are worthy contenders. In fact, the competition is closer to $299 to get the battery life and then you are in JBL Club 950 territory.

And I think that is the problem with so many reviewers of so many tech things. They look at the price but expect champagne on a lemonade budget. The JBL Tune 760NC offer excellent, no-frills value. They don’t have a wanky app or EQ – what you hear is what you get. And I like it.

Kind of chunky, small, well-made over the ear cans. More press buttons than most as there is no app. Buttons are good and don’t play up as touch controls can. They fold flat for storage and weigh 220g – nice and light. There is no carry case.

They are quite comfortable with slightly too much clamping force but give that a few wears, and it will back off.

Sound – a good bass that does not overwhelm

It is an odd signature for JBL that is invariably flat all the way – neither adding nor subtracting from the original sound. It is a balanced signature also called V-shaped and the default on many devices that don’t have digital signal processors and EQs. It is pleasant enough for most music genres unless you are looking for heavy bass.

Forget several levels- it is on or off, and there is no ambient pass-through. It is great for cutting voice and background noise but won’t cut out lower bass aircraft noise. The plus is that there is not a lot of ear pressure.

Not bad, but no sidetone, so you can’t hear your voice in the headphones and end up shouting.

BT can connect to two devices, and they support Google Fast Pair for Android devices. The single codec is SBC 16-bit 44.1kHz, and the latency is around 250ms, so it is not for gamers.

90% of people will buy and enjoy these headphones. Its real competition is the Sennheiser HD 450BT with a companion app and EQ, but JBL wins on battery life.

If you don’t need noise-cancelling the JBL Tune 710BT.

JBL Tune 760NC BT ANC headphones
The $199 JBL Tune 760NC have a 35-hour battery life (50 without ANC), have reasonable bass and more than acceptable noise cancelling. You would be hard-pressed to get better for the price.
Features
8
Value for money
8.5
Performance
8
Ease of use
8.5
Design
8
Positives
Well-made
Good fit
Killer battery life
As good as it gets for $199
Negatives
None really
8.2