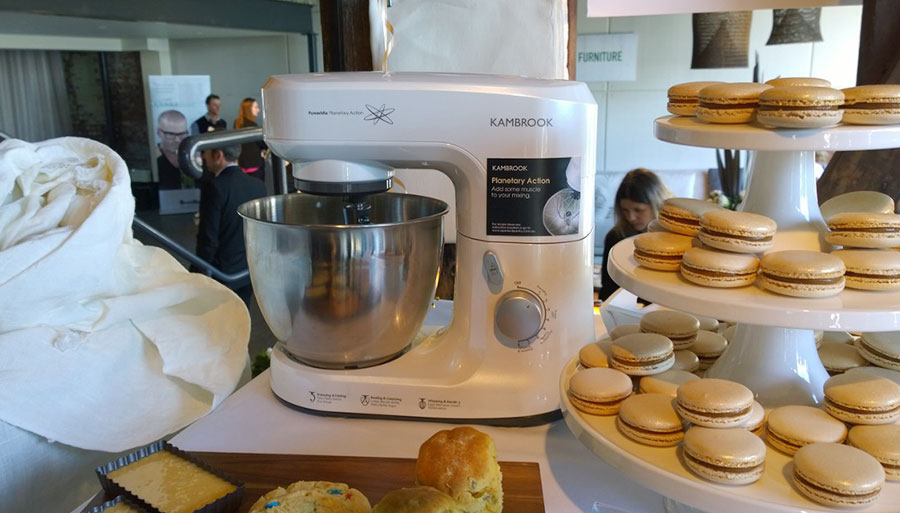 Kambrook turns 50, celebrates with a couple of newbies to cut the clutter

Breville isn’t the only Australian appliance brand with some clout, as sister brand Kambrook shows what it’s working on in time to celebrate 50 years in the industry.

Appliances are a big deal to us. We’re not just beginners with these things, and the GadgetGuy and his team have a love affair with appliances big and small, from ovens to whitegoods to fridges and the lot, all the way down to smaller things that can help you make and bake and do all manner of things for your food.

This week, we’ve been in contact with Kambrook, a local appliance maker that is turning 50, or at least celebrating its 50th year in business, starting in 1964 with a power board product and now reaching into so many homes with a variety of home appliances and electronics, with the addition this year of an air fryer and a neat little food processor with built-in blade storage.

We’ll do that last one first because it certainly grabbed our attention, with the Prep Fast, an 800 watt food processor with two speeds (plus pulse), and a storage compartment for the blades which fits directly in the base of the unit.

Generally when we’ve seen food processors in the past (including some we’ve owned), you’ll find the blades and attachments often come on their own rack, with these needing to be stored somewhere close by, which can certainly mean extra space lost to the bits and pieces. With this built into Kambrook’s Prep Fast, space shouldn’t be as much of a luxury, which can only be a positive thing.

Also grabbing our attention is the AirChef, which is Kambrook’s take on the popular air fryer market.

If you’ve never heard of an air fryer, the name isn’t quite accurate, as these products don’t use air to deep fry your food. Rather, they’re closer to being a small fan-forced oven, using the tightly enclosed space and a small amount of oil to bake food quickly.

For many, that will be chips, and lots of them, but lots of foods can be cooked in an air fryer, and it’s that logic that Kambrook appears to be going after, especially with the name “AirChef” compared to the air fryer mentality other companies look at.

In Kambrook’s incarnation, you’ll find a capacity of around 2.5 litres, which sounds like a lot, but is basically enough for a bag of chips from your supermarket’s frozen foods section. Other things can be cooked in here as well — meats, desserts, anything else that can normally go into an oven — and rather than rely on solely digital controls, Kambrook has gone with analogue bits and pieces to make it very easy to control.

Both of these products are just the tip of the iceberg for new gear, as we’ve also been able to see a couple of new kettles, a toaster, and we’re currently reviewing one of the recent additions, a stand mixer.