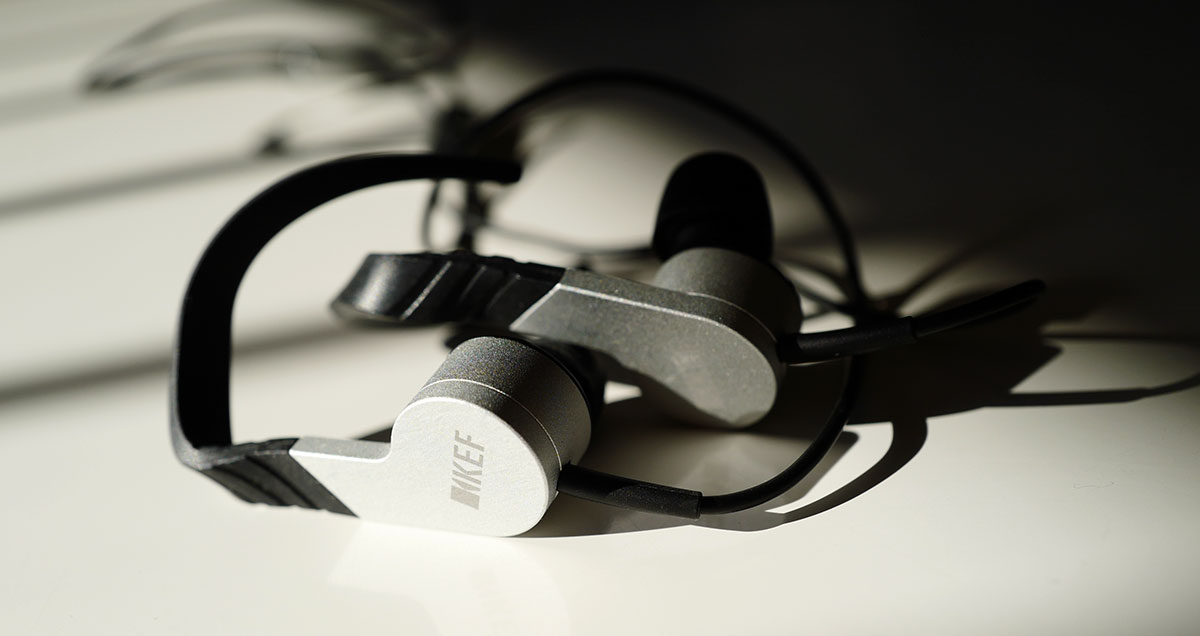 If there’s one thing KEF understands, it’s audio, with the company producing some of the best speakers we’ve ever heard. Unfortunately, we can’t carry big speakers everywhere we go, so KEF has had to compromise and produce something far, far smaller.

The M200 earphones are that smaller concept, resulting in a pair of earphones that takes the research and understanding KEF has become known for and applying it to a pair on in-ears that doesn’t break the bank too much, and goes out of its way to offer a strength in audio.

Does it succeed? Let’s find out.

Easily one of the smallest devices we’ve seen from KEF — and will probably ever see — the M200 takes the expertise from KEF’s loudspeakers and applies it to the field of in-earphones, one of only two pairs of portable sound products KEF makes.

This pair sits alongside the on-ear KEF M500 headphones, with the M200 being infinitely more portable due to it having the in-ear form-factor.

Inside these earphones, you’ll find two sets of drivers per ear, with a 10mm low frequency driver and a 5.5mm mid- and high-frequency driver occupying the small space for the ears made of aluminium and coated with plastic.

The plastic continues at the ear piece, with wide tips for the earphones and a rubber hook extruding from the top of the earphones which allows the earpieces to hang off your lobes, with the cable hanging down, too.

A small remote can be found on the cable offering volume and playback control, though this is an MFi — “Made for iPhone” — remote and will only properly function with an iOS device, though other devices will pause and play using the centre button.

Pick up the KEF M200 and the combination of metal, rubber, and plastic on the earpieces will make you think of quality, which is fair because they certainly feel that way.

The cables could do with a bit of work, though, because while they work and do the job, they also happen to feel very flimsy, with the sort of thickness you’d expect on a pair of $50 earphones, and not something carrying a $300 price tag, which these just about do.

We hope they last longer than what they feel, but we’re not really sure, so be gentle and make sure to use the earphone case, because we suspect you’re going to want to protect these earphones in the cable department more than the rest of the package.

Next part of this is how you use the earphones, and like many an in-ear pair, you’re going to be inserting these into your aural cavity, otherwise known as your ear hole. The size of the earphones is a little larger than what you might be used to, and this can make forming a seal in your ears a little interesting, but once you get it seated, and over time you get used to the feeling, it can be ok.

We’ll get more into this later, but one of the design elements helping the fit is the rubber hook, which allows the M200 earphones to hang nicely from the side of the fleshy bit of your ear, refusing to move when they’re in place, which is handy.

From here, you’re good to start listening, and that’s where we get into our test, with GadgetGuy’s 2015 sound test employed again, beginning with electronic.

Getting it kicked in with the bass hitters, we begin this test with Mooro’s “M66R6” and The Glitch Mob’s “Skullclub”, and while the highs and lows are both equally important on these tracks, the M200 are pushing the bass hard in each one, with the highs and mids present with much the same emphasis as the lows. In “Skullclub”, the bass punches at the bottom of the song are forceful, bringing some movement to your ear drums without deafening them, while the glitchy sound effect in the upper end of the sound are clear, bright, and easy to get into, reminiscent of that feeling you had when you plonked on a pair of big cans.

Rock is up next, and with Nirvana’s “Smells Like Teen Spirit” — the classic headphone and speaker test track that it is — the bass has a solid rounding out sound, while the oomph of both the bass and the bass drum can be felt through the top of your jaw, as Kurt Cobain’s vocals tear into your skull in the mids and highs alongside the guitar.

It’s enough to make you think the music was coming from inside your head, and is recreated with a similar feeling in The Arctic Monkeys’ “Do I Wanna Know?” and some classics, too, with Clapton’s “Layla” and The Who’s “Won’t Get Fooled Again” fairly balanced across the spectrums.

Hip hop and urban keeps the pressure on the low sounds, a solid push from the bass and bass drum in Gorillaz’s “Feel Good Inc”, while the Notorious B.I.G.’s “Hypnotise” gets in your face with more obvious sound in the bottom end, keeping you focused on a smooth mid from Biggie’s voice and the highs of the hook.

R&B classic “Billie Jean” (Michael Jackson) demonstrates the accuracy of the M200 earphones, with clear percussion and finger clicks, the volume of the earphones keeping these little elements in view while the bass and drums handle the bottom end and the vocals control the middle part of the sound. You wouldn’t be disappointed with what you heard here, and we certainly weren’t.