Killer Queen – get your Bohemian Rhapsody Blu-ray or DVD today 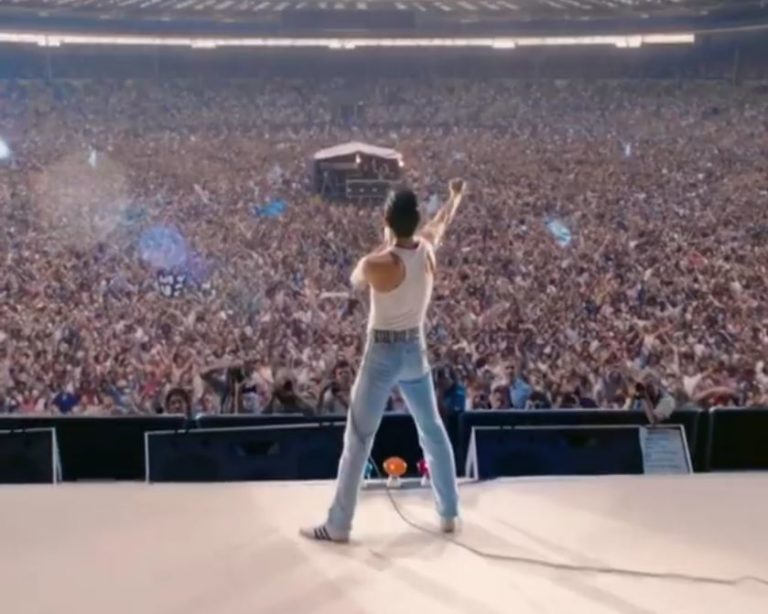 Killer Queen is the best way to describe Bohemian Rhapsody – the biopic of the band Queen as told from Freddie mercury’s perspective.

Don’t let the word biopic scare you off what is one of the best movies of the year. Killer Queen is one song from the huge collection including ‘We are the Champions’, ‘We will rock you’, ‘Another one bites the dust’, and ‘Somebody to Love.’ In fact, all the greats are there.

In the 70s I would not call myself a Queen fan in any way, shape or form. More into Pink Floyd, Uriah Heap, Jethro Tull but what would I know? But GadgetGirl was there too and she is a Queen aficionado. She is always right!

The movie starts with young over- Farrokh Bulsara or Freddie. The rest is history and follows the rapid ascent of the ‘mismatched family’ to super rock-star status, and the sad decline of Freddie Mercury. No, it wasn’t a case of absolute power corrupts but an insecure, poor boy from a good family (the lyrics of Bohemian Rhapsody describe Freddie perfectly.)

The test rig was superb – the best way to enjoy the movie. A 65” top-of-the-range LG OLED, its Dolby Atmos soundbar, and the LG UBK90 Blu-ray player – all in a darkened cavernous media room with great acoustics. Add to that hot buttered microwave popcorn, a decent South Australian cab sauv, and I would not want to have been anywhere else that day.

The test rig enabled us to see the difference HDR really makes and it’s essential to see detail in those dark, smoke-filled English pubs, and while the sound was not Dolby Atmos, the LG Soundbar upscaled it perfectly – wonderful for the Live Aid concert scenes.

The M-rating means its fine for teenage kids as well as parents. Much of the drugs, sex and rock’n’roll is suggestive rather than in your face. And the other band members lead a pretty wholesome married family life. It is just Freddie that goes downhill.

The film runs for 134 minutes.

The Blu-ray version has extras including

The Blue-ray and DVD have the complete live aid movie performance not seen in theatres.

There also special versions with booklets and combo with DVD, Blu-ray and digital downloads.

Authenticity
Value for money
Actors performance
Pathos
Music
Reader Rating0 Votes
Will make a Queen (fan) out of you yet
Amazingly well researched and faithfully recreated
Nominated for two Golden Globes and two SAG Awards – yes it's up to that standard
Sad how Freddie slips down an inevitable slope and Queen ends
4.9