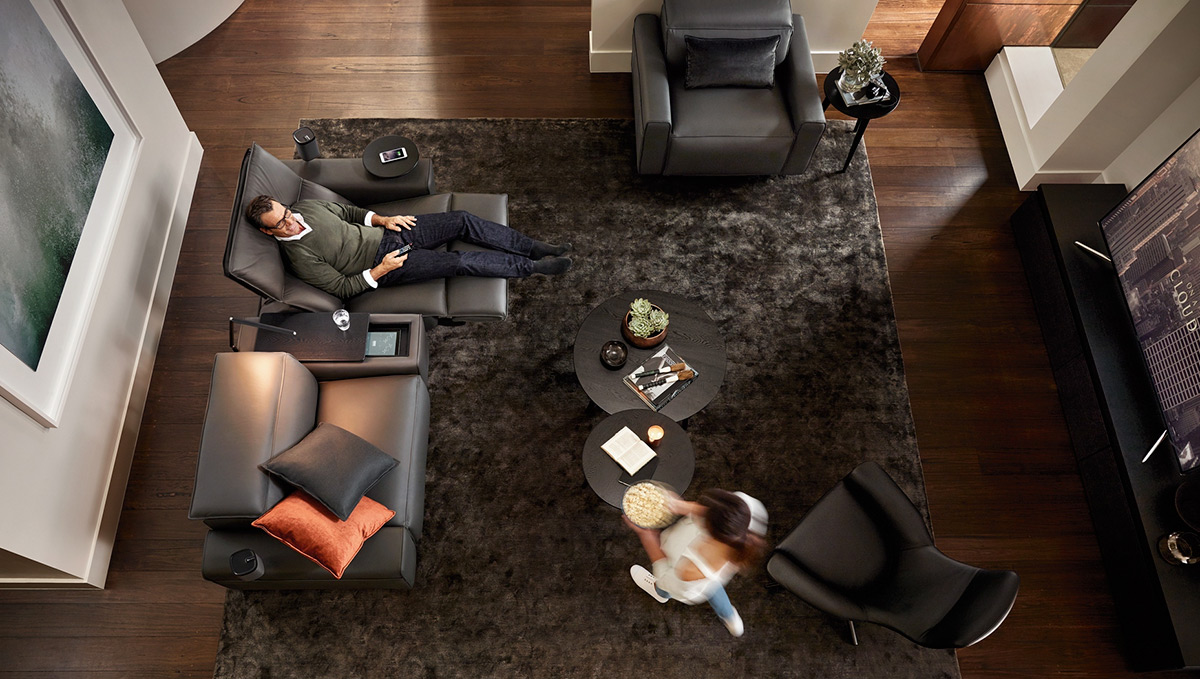 King creates a couch that can charge your phone

If you’ve ever said “I wish my couch had an iPhone charger in it”, you’re probably thinking along the same lines as some Australian designers.

Easily one of the more random gadgets we’ve seen all year, Aussie furniture designers King have sent word this week that it has a new gadget that also happens to be a couch or a couch that happens to have gadget-like properties. One of them.

It’s a couch or a chair. It’s definitely one of them, and given the configuration you find it in, it might even be both.

King’s second-generation Cloud chair (we’ll try to refrain from calling it a couch because it’s not technically a couch) apparently differs from other chairs by going the extra mile and including bits and bobs not normally seen on things that you sit down on.

For instance, while recliners generally have some form of mechanism that lets you recline, the Cloud II is a little higher end with “TouchGlide Technology” reliant on gestures. Or to put it simply, a couple of small metal touch points built into the couch that can take your swiping action and turn it into a seat that moves.

You can also connect stands to the Cloud II and mount speakers to the furniture, which might appear to be a little lavish, but we’re very intrigued by the couch below, which shows Sonos Play:1 speakers mounted to the left and right side of the couch.

But perhaps the most gadget-friendly feature is one we can all relate to: keeping our phones and tablets charged.

For that, we’re told that the Cloud II is a piece of furniture that not only offers charging via USB, but also some form of wireless charging, which may or may not be Qi-based since representatives have sent word that phones require some sort of case to wirelessly charge.

Generally, that’s a good sign that the charge technology is inductive, and given that Qi is the standard, we suspected that King was using Qi, which the company quickly confirmed.

That means that devices like the LG G3, Samsung Galaxy S6, and numerous Nokia handsets can recharge just by leaving the handset on one of the couch’s charging tables.

Outside of the gadgety bits, you’ll find a couch with a steel frame, layered cushion construction, options for leather and fabric, and an option to have pull out lights in case you want to read something.

The price isn’t particularly cheap, that said, unless you’re used to paying around $7,000 for a two seater chair, but if you are, you’ll find the Cloud II at King stores across the country from $7408.