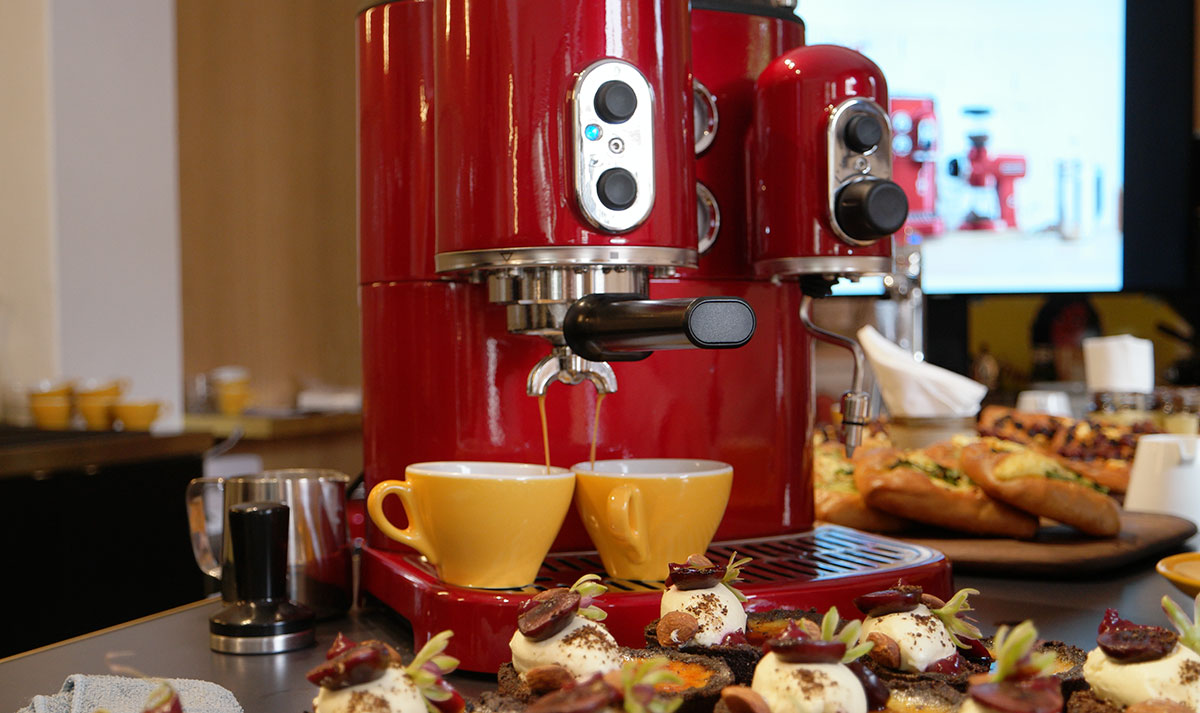 KitchenAid to bring three types of coffee to your home

There’s a good chance you like a cup of coffee in the morning, and if you’re anything like me, you like it several times a day, but what if you like it in more than just espresso? KitchenAid will have three solutions.

Whether you’re a fan of the premium crema that an espresso delivers or prefer the instantaneous delivery of caffeine that a plunger can net you, the makers of metal machinery for the kitchen has this week churned out three products slated to hit stores shortly, and they cater to three types of coffee.

There are more types of coffee out there, mind you, but the three being offered — espresso, plunger, and the more craft-friendly siphon, KitchenAid thinks it has things covered.

The range starts with the modern take on the plunger, and that’s the Precision Press.

Think of your stock standard plunger and then build in some electronic components because that’s what the Precision Press is all about, delivering a French press coffee maker powered by two AAA batteries and able to not only weight the coffee being brewed, but time it, too.

The body on the Precision Press is made from polished stainless steel and appears to bed one of those nice ways to take coffee with you, but we’d probably steer clear of taking it to a car.

Next up is the expensive end of the scale, and that’s the style of coffee that is quite popular locally: espresso.

KitchenAid’s take on this isn’t solely to deliver the Nespresso experience, though it does have a solution for that.

Instead, it has a reincarnation of its espresso machine called just that: the KitchenAid Espresso Machine.

As you can imagine, this is a heavy metal espresso maker relying on two independent boilers with one for the espresso and the other for steam, leveraging a 15 bar pump for the coffee machine complete with a cup warmer integrated in the body.

There is no built-in grinder, though, so if you want to grind your coffee beans, you’ll need to rely on a burr grinder.

Fortunately, KitchenAid is releasing the espresso machine with one, so provided you’re happy to pony up the $1799 for the KitchenAid Artisan Espresso Machine, you’ll get the Burr Grinder along for the ride, both in the classic Candy Apple Red.

One other machine is being released at the same time, and this one is made for people interested in the art of coffee.

Called the “Siphon Coffee Brewer”, it is the KitchenAid interpretation of the vacuum coffee maker which relies on vacuum and vapour to make coffee, forcing hot water to bubble at the bottom of the maker and push into the top, brewing the coffee through a glass container before falling back down to the carafe below.

This process is more like a craft way of making coffee, with the technique used in ornate coffee makers, even hacking it a little to make the more trendy cold drip style of coffee, too.

KitchenAid’s take, however, is new for us, because an electric siphon coffee maker is a new one on us, and we’re keen to play with it not just because it looks good, but also offers a pretty spesh design and build, too.

Pricing on this one is a little more than your standard coffee maker, but much less than the pump hardware needed for an espresso machine, so you’ll find this one reaches retailers and department stores shortly for a recommended retail price of $279.