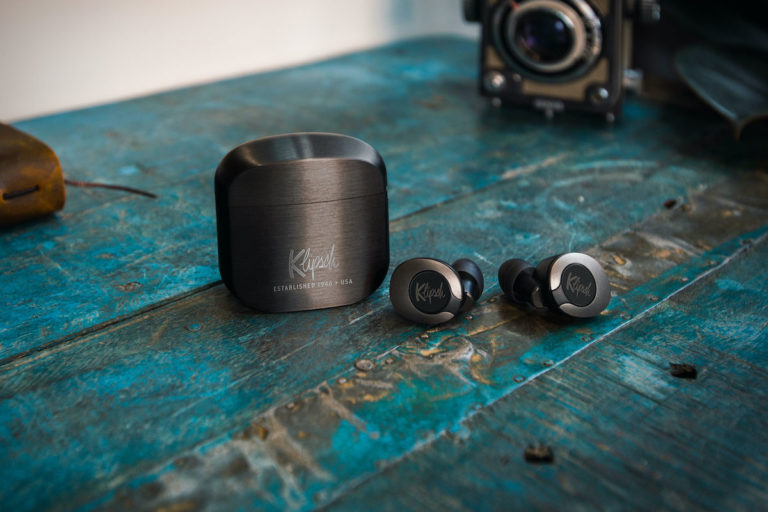 We’ve already reviewed the two more expensive Klipsch earbuds, the T5 II Sport model and the McLaren edition variant of that. And that makes this review easy because the Klipsch T5 II True Wireless earphones are actually identical to them. Well, the buds themselves are.

Since they are not sports models, they don’t come with the rubbery fins for locking them into your ears. I found that by choosing the correct size from amongst the five included sets of silicone tips, they were perfectly secure in my ears.

If follows that since the buds are identical, their sound is identical to the others. Indeed, that’s what I found. I played some music from Spotify through these buds which were connected to one phone, and the same music from Spotify through the standard sports version connected to another phone, and just switched earbuds as a crude form of A-B testing. Yes, pretty much identical.

So, again, I found the sound nicely balanced across the midrange and treble, but the bass a little recessed. By pushing the bottom two EQ bands – 60Hz and 250Hz – in the app to their maximum and the three higher bands to their minimum, the bass was brought more closely into line.

If you want more on listening, I refer you to the other two reviews here and here.

If you don’t care about wireless charging and want to save a bit of money, then consider the Klipsch T5 II True Wireless earphones as a value option.