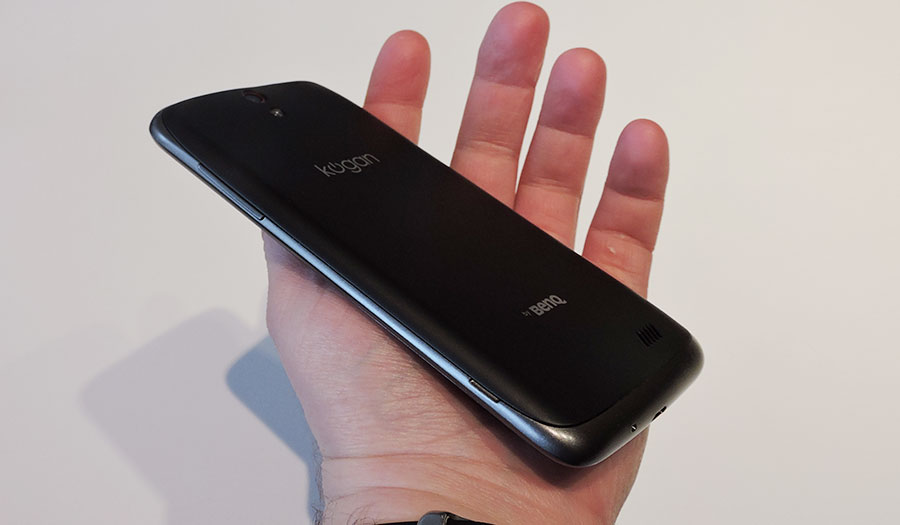 At least Kogan has nailed mobile and battery performance, with solid results here across the board.

On the mobile broadband side of things, the Category 4 LTE modem is working well, pushing out speeds ranging from 30 to 84Mbps on the Telstra network in Sydney, while the battery lasted us a good day and a half before it was done.

That day and a half result came from making phone calls, texting, checking several mail accounts, playing the odd game, listening to music, social networking, and some web surfing, and if you’re harder on your phone than we are, you can bring that life down a touch closer to a full day compared to the extra half day we found.

In either case, that’s not a bad result, especially for a device carrying such a low price, and that’s an area you can’t fault Kogan on, either, because with an e-tail price (no recommended retail price, specifically) of $229, Kogan’s Agora 4G offers a tremendous speed boost over at least one 3G phone: Motorola’s Moto E, which manages to cost just $50 less.

Kogan’s 4G phone isn’t the cheapest LTE handset out there, either, as Telstra offers its own branded products locked to its network for less, but Kogan has the advantage here, thanks to unlocked BenQ hardware, meaning it can be used on any network in Australia.

Android is pretty much up to date, though, so you can cross investing in an out-dated handset off your list, a problem often associated with spending less money in the mobile marketplace.

Kogan and BenQ have come together to bring the BenQ F5 up from Android 4.2 “Jelly Bean” to Android 4.4 “KitKat,” which is a positive thing, and it’s mostly a stock interface too, with the vision Google put out for Android found in the launcher, the menu, and Google Now also available here.

That said, it’s not all perfect, and the Agora 4G lets us down with mediocre cameras, some underwhelming system performance, and a bug here and there that might really get to people.

One of these bugs is noticed in Instagram, whereby the image is uploaded in complete black, which we’ve seen on other smartphones — a Samsung Galaxy originally did this — and is something Instagram will eventually patch, but could take time.

Other issues that pop up here and there come as a result of speed, or lack thereof. You might find the screen doesn’t flick up or swipe down at the right moment, and apps take a little longer to load in some instances than you might otherwise expect. Given the meagre amount of memory inside, we’re not surprised, and we see the same issues with the screen.

It’s not that the screen is bad, because it’s not.

No, it just has colour and brightness lost at angles, thanks in part to the sheer lack of brightness, meaning when you’re out and about, it’s particularly hard to see it in daylight. Go inside and it’s fine, but for direct viewing with a particularly bright day, and you’ll have a hard time with the Agora 4G.

The camera is also weak, and we’re not totally surprised by that.

On paper, the idea of an 8 megapixel camera with a back side illuminated sensor sounds good, and even though the flash looks more like a piece of clear Lego stuck to the back of the phone, it’s at least positive that there is one included.

But take the photos from the handset and you really see that for Kogan and hardware maker BenQ, the camera is one of the weakest parts of the package, with detail issues and plenty of noise when the lights go down. Speed is also a problem, taking a second or two to open the camera and take the shot, a problem which is no doubt affected by that mediocre CPU and RAM combination we mentioned earlier.

Kogan’s front-facing 2 megapixel camera is equally mediocre, but will certainly do for most people, providing adequate selfies if you need them.

With a price of $229, it’s hard to argue Kogan’s Agora 4G, a phone that does a great job of bringing an unlocked example of 4G LTE to anyone who wants more than 3G and isn’t prepared to spend more than the $300 that would normally require.

If “unlocked” and “4G” are your primary reasons for buying a phone, then we’d advise checking out the Agora 4G, since it offers doses of both for not too much cash.