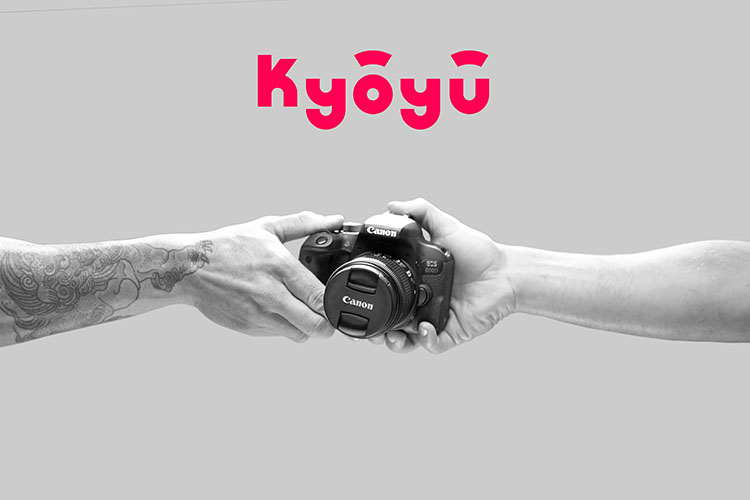 Canon – the camera company – has announced something I, frankly, find fascinating. It’s starting a camera sharing system. Actually, it calls it a “camera-sharing community” and has given it the name Kyoyu.

In fact, the real name is Kyōyū, with macrons above the vowels, but leaving them off makes the whole thing more Internet friendly.

A few months ago I was asked for advice on what brand of lowish-cost SLR a family’s teen daughter ought to acquire. I suggested that a good brand would be one that gave access to things like additional lenses. If her school used Canon, then Canon was the way to go because then she’d be able to use their lenses. This seems to be a clever extension of that idea.

Well, an extension of that, combined with the sharing economy – Uber, Lyft, AirBnB and so on. We all have things that we only use part time. The sharing economy allows them to be released for use by others as well for a fee, benefiting both owner and user.

Canon says that Kyoyu is “a new way to share gear”. Indeed, the word Kyoyu is apparently Japanese for “share”.

The thing is, if you’re a Canon camera fan, you’ll have a camera body or two and perhaps a bunch of lenses. But you probably won’t have all the lenses and accessories you’d like. Or perhaps it’s a special occasion and you’d like to use a higher quality or later model body.

The point of this community is that you can borrow the equipment of another Canon fan, for a fee. Or you might have a lens, accessory or camera body that another Canon fan would love to use. You can lend it and be paid a fee.

One of the impediments to sharing is the issue of trust. Many sharing economy operators use a reputational rating system for their operators. That probably wouldn’t work too well in this case. Canon managing the process facilitates the whole system.

So, it has set up the website to manage the process, and it provides free insurance for your equipment. The insurance covers your gear up to a value of $15,000 while it’s in another’s hands (in Australia).

How to do it

Whether you want to borrow and lend, or perhaps do a bit of both, just go to kyoyu.canon.com.au and sign up. As Jason McLean, Director – Consumer Imaging, Canon Australia, says:

Kyōyū allows owners to get so much more value out of their purchase while for renters its perfect for that one-off creative project or to test and try new gear in the real world before diving in to make a purchase.”

I’d add that if you’re currently the user of some different brand and contemplating switching to Canon, renting for a while could be a great way to determine if you’d like to make the leap. And how much does all this cost? Just so you have a ballpark idea, the site suggests that renting the excellent Canon EOS 6D (which we reviewed here) would be around $182 per week.