Laser releases half a dozen crash-cams covering all price points 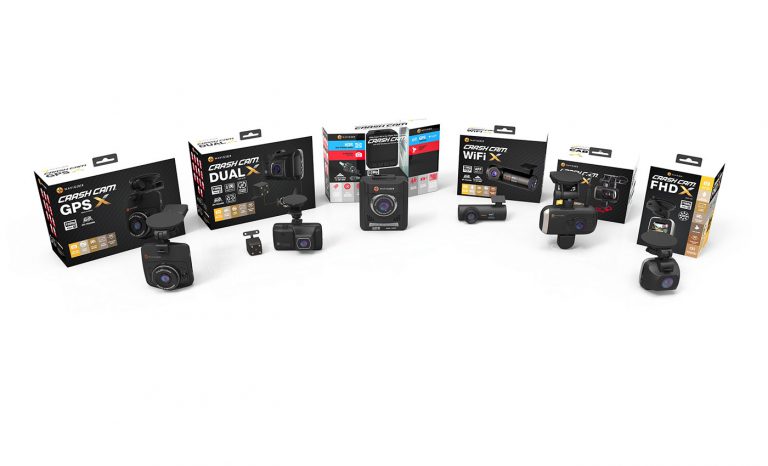 Going on a long road trip this Christmas? That alone is a good reason to fit your car with a dashcam. Australian firm Laser has launched six new models, ranging in price from just $59.95 up to $249.95.

Why do you want a dashcam? Or, as Laser calls them, a Crash Camera? Mostly for assurance. If something unfortunate does happen, the whole “you-said, they-said” dispute can be avoided, with objective video evidence readily available from the camera.

Most of Laser’s “Navig8r” cameras not only record what’s going on, but will automatically trigger in the event of a collision, and note in the video the exact location of the incident, along with other relevant information.

All the other models include GPS tracking and three-axis “G-Sensor” technology to trigger recording whenever there’s a bump, as well as measure the impact force and direction.

That includes the next model up in the range, the Navig8r GPS X 616. It’s priced at $99.95 and includes 1080p recording and a 140 degree wide angle view. Its recordings can be reviewed with software provided, with the recording showing full location and speed information.

The Navig8r Dual X 817 F+R – $199.95 – includes a second camera which watches what’s happening behind the car. Should someone run into you from behind, it will capture it. It also doubles as a reversing camera, with its view showing on the front camera’s display.

A dual camera with a difference, the Navig8r Cab X 717 Dual Crash Camera, does all the usual camera stuff, but also records what’s happening inside the car. That’s the kind of security thing that those who drive Uber can use. This one is also priced at $199.95.

And still another $199.95 model is the Navig8r Wi-Fi X 525 Crash Camera. This model is a low profile one for easier placement. It increases resolution to 1296p and can take 12 megapixel still pictures. Featured is HDR for low light recording and a 160 degree field of view. Finally, it can connect to your phone or tablet using WiFi, and an app on the smart device lets you check out the footage in situ.

The top model in the range is the $249.95 Navig8r X 818 Crash Camera. Also 1296p with a 160 degree field of view, it can also take 16 megapixel stills, but it includes alerts. It knows the speed limit times in school zones and lets you now you’ve got to slow down. It also uses a higher quality six glass element lens for improved recording quality, particularly in the night.

The Navig8r cameras are available now from retailers throughout Australia, as well as direct from Laser.