Leap frees your hands from mice with a hands-free controller 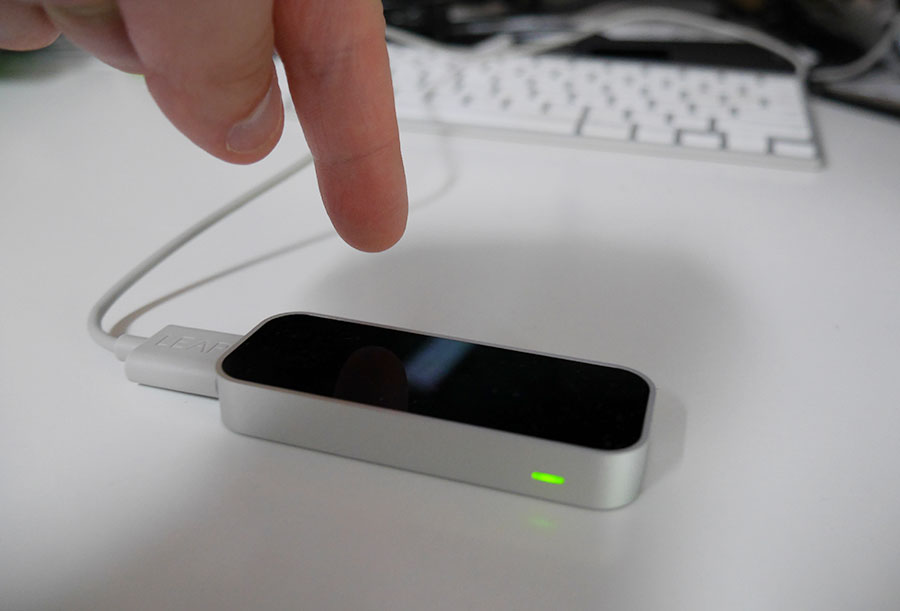 If you’ve seen Minority Report or practically any science fiction movie, you know that the future is supposed to have computers without the traditional interfaces, and while touch screens are helping to change that, there’s more we can do, like remove the tactile devices altogether.

One gadget is aiming to do that today, plugging into a Mac or Windows computer by way of a USB 3.0 plug and harnessing the power of infrared to track hand movements in 3D.

Called the Leap Motion, it resembles a USB flash drive stick, but lacks that USB plug required to plug it into a computer. Rather, there’s a USB 3.0 connector and two lengths of cable to plug it directly into your computer, with a combination of drivers and apps to let you get your hands dirty by throwing them into the action.

Which is to say your hands won’t need to get dirty at all, because the Leap Motion tracks the movement of your hands with infrared LEDs and cameras, scanning what your hands are doing above the device, taking those actions and letting computer software interpret them.

It’s kind of like the scenes in science fiction movies where actors wave their hands in air and suddenly control computers, and while that sort of thing is beginning to be possible with devices like the Leap Motion, it’s still a long way off from being a better system than the trusty old mouse and keyboard.

Trying it this week, we’ve been able to use our hands to get around Mac OS, play an online digital equivalent of a theremin for wacky sci-fi noises, use your hands to navigate newspaper articles of the New York Times, play games, and get stuck into other music and creative articles.

In fact, the creative end of the software world appears to be where much of the focus on the Leap is. We’ve played with quite a few music creation applications, and like how the iPad found a way to revolutionise touchscreen music-making, the Leap feels like it could be useful for students, composers, musicians, and artists to turn their hands waves into sound waves, jamming with the noises possible from free-motion gestures.

Australians keen on trying this product will find it available exclusively in Dick Smith, with the Leap Motion President Andy Miller telling GadgetGuy that Dick Smith was “the perfect partner to launch in Australia” since it was an ideal place for even more people to experience the magic of using just their hands in the air to play, learn, and create on their computers.”

The Leap Motion requires either a Windows PC or one running Mac OS, and a spare USB port. Once its plugged in, you’ll install the drivers (naturally) and then connect with the Leap Motion Airspace app, which links up with an account online to let you download the specially made apps for the system.

Meanwhile, the Leap Motion gadget is available now in Dick Smith stores across Australia for $129.95.