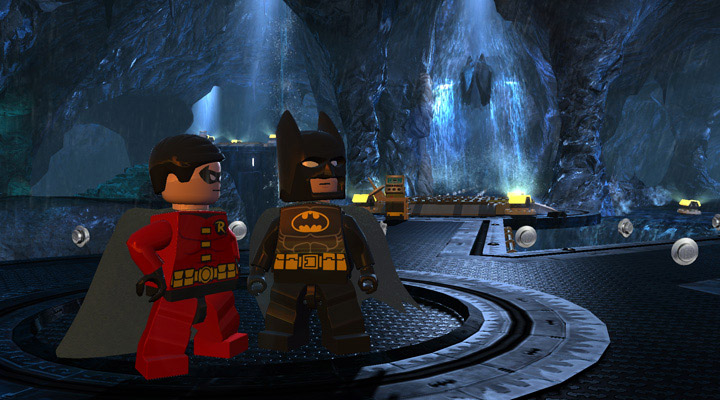 The formula may not change a great deal from iteration to iteration, but the LEGO series of videogames is, for our money, one of the very best available today. Even the average ones are worth your time and, looking forward, Warner Bros could be sitting on a huge pile of gold worthy of a dragon gatekeeper with the LEGO The Lord of the Rings.

Developer Traveler’s Tales did the last LEGO Batman game in 2008, which was great but not brilliant, and have followed it up this year with the best LEGO video game yet.

In addition to being able to play as Batman and Robin, the titular DC Heroes, including the Flash, Superman, Cyborg, Green Lantern and a disconcertingly chubby-looking Wonder Woman are all playable.

Each comes with their own set of abilities and, even though some are a little alike (the laser vision of Superman and Cyborg, for instance), the variety in gameplay that these inclusions offer substantially increases the fun factor.

Just to be clear here, though, while the title may include these other super heroes, you play as the crime-fighting Dynamic Duo – Batman and Robin – for the vast majority of the campaign game.

As with all other LEGO titles, the objective is to collect the coin-like ‘studs’, find LEGO mini-kits, red and gold bricks and generally smash everything you can see to smithereens, as you work your way through each mission.

And, this time around, those missions are presaged with talking LEGO characters (a first, where before they uttered Sims-like babble), either in the form of news bulletins that carry their fair share of humour, or in exchanges between the super heroes and villains. Some of these are genuinely, laugh-out-loud funny.

When the rather short campaign is over – it took us a lot less than a single day to complete – that’s not the end of the game. Stuffed full of discoverable extras, an expansive Gotham City play area and those extra DC characters to play with, LEGO Batman 2: DC Super Heroes is only about 25% complete when you see the game credits roll.

There are more villains to unearth and challenge (although it’s disappointingly simple to beat them), remote Bat Cave platforms to activate, and vehicles and other characters to unlock.

A sometimes erratic camera can leave you confused and disoriented for a moment and the horrible implementation of the actively splitting screen ­– which separates the action into two halves ‘on the fly’ if you stray too far apart in co-op play – doesn’t help. It can even split when you’re virtually standing next to each other, cutting your character in half in the process.

But these minor distractions can’t spoil the overall fun, polished product.  LEGO Batman 2: DC Super Heroes is superb fun and an essential purchase for anyone with a young family looking for an entertaining game to play together.