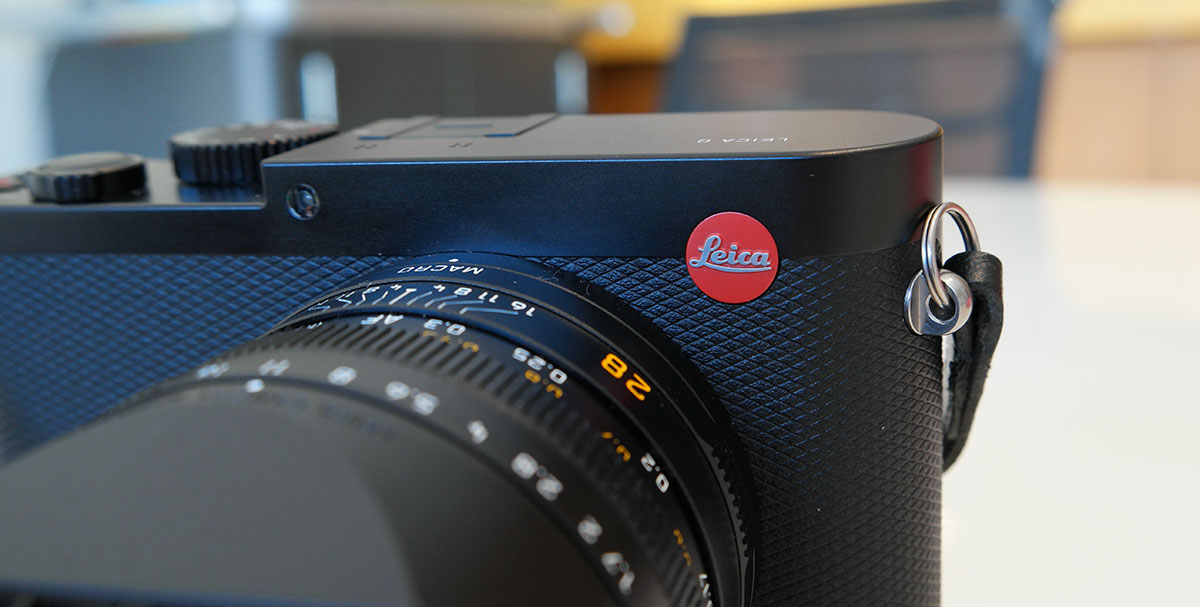 Not all cameras are the same, and Leica’s Q proves it, packing a full-frame 35mm sensor, 28mm f/1.7 fixed lens, and a body that says “camera” more than most others.

A little different from the typical interchangeable lens cameras we see from Leica, the Q — also known as the “Typ 116” — is a self-contained advanced compact camera with a lens built in that is not removable.

Despite that, the lens is packing some pretty high-end glass, with Leica making the Summilux lens into an f/1.7 lens, ranging from that low aperture all the way up to f/16, with macro support thrown in for good measure focusing at a minimum distance of 17cm.

The camera itself is equipped with a 24 megapixel full-frame 35mm sensor, but the camera also includes a digital reframing button which can change the capture frame and crop it to both 35mm and 50mm. This inclusion of three image sizes results in a standard image size of 24 megapixels in 28mm uncropped, 15 megapixels in 35mm cropped, and 8 megapixels in 50mm cropped.

The sensor in the Leica Q is rated for low-light sensitivity ranging from ISO 100 to 50000, with both automatic white balance and several settings, with several settings also available for saturation and contrast.

Automatic image stabilisation is also included here, turned off by default, with focus handled by a contrast-based autofocus system. Points can be selected if needed, and manual focus controls also exist on the lens with a focus ring.

The camera also features both a viewfinder and rear touch screen, the former of which offers up a 3.6 million pixels display, and the latter with a 3 inch touchscreen display showing 1 million pixels.

Several buttons are included, ranging from play, delete, function, ISO control, and menu, as well as a directional pad, all of these found on the back, while the top controls are for the power switch setting up either single drive or continuous drive mode, and a shutter speed control dial. Aperture controls can be found using the aperture ring, and all of these can be set to auto.

Connections for the Leica Q include microUSB and microHDMI, with images stored to an SD card, with compatibility extended for SD, SDHC, and SDXC cards.

Wireless support is also here, the Leica Q talking to smartphones and tablets over 802.11b/g/n WiFi via an app made for both Google Android and Apple iOS. Near-Field Communication can help with the setup of compatible mobile devices, while QR codes can SSID look-up can be used for devices where NFC cannot be found.

The body of the Leica Q is made from aluminium, as is the lens. A hot-shoe can also be found at the very top of the camera, and there is no built-in flash with this camera.

A battery is included with the Leica Q which is removable and needs to be charged in an external charger.

You don’t have to look far to realise that cameras come in all shapes and sizes, to all manner of price points, and to different styles to match different image capturing techniques, with models ranging from the simple point and shoot, the more advanced models, the interchangeable lens cameras, and even cameras which are a little bit more special and do unusual things.

But every camera can be used for something unusual, because our style is often what makes it that.

One hundred year old Leica understands this better than most other camera makers. The brand is one of the oldest still existing camera brands out there, responsible for high-grade optics not just in the photographic community, but also in the science world, with high quality glass making the difference in the line of work of various professionals who have to look down the line of one of the company’s many types of optical gadgets.

Those one hundred years have seen a lot of cameras and a lot of photographers, and the list includes some pretty spectacular greats, including the likes of Alexander Rodchenko, Elliot Erwitt, Robert Capa, and Henri-Cartier Bresson to name but a few, all of these creating images synonymous with the style that these small Leica cameras have been known for, much of it impromptu with no setup, resulting in life being captured from the viewfinder.

Street photography is generally the style a Leica is known for, or at least a Leica rangefinder, and these cameras generally focus on fixed lens lengths for capturing the day-to-day, which is a classic style of shooting and a little restrained in comparison to the modern way of looking through a camera and being able to zoom in if you’re not happy where you are.

This older style has been used in Leica’s rangefinders over the years, even as Leica jumped from film to digital, which the company now sees itself squarely in, complete with options for people who like to work in colour and even in black and white only.

But affordability has never been something Leica has really worried about. It was almost as if the company knew you were buying the best, and so as to not compromise, never really dropped prices. Camera bodies tend not to come with lenses, and therefore fetch a minimum price of around $8000, and the lenses start at half this and go up.

This year, however, we might be seeing Leica find a compromise, a middle ground, if you will, that will let someone who doesn’t have that spare cash happily spend it on something high quality with the Leica style and design, with the Leica heritage of high quality lenses and attention to detail.

This is the Leica Q, a take on Leica’s rangefinder with a fixed lens that you cannot remove and a full-frame 35mm sensor, providing what feels like a cross between an advanced compact and a interchangeable lens camera, even if you can’t actually take that lens off.

At $5990, it’s still going to sit in that category of “not cheap”, but in comparison to most Leica models — in comparison to any other digital Leica rangefinder — it’s a bargain, and that’s before you actually get to using the camera.