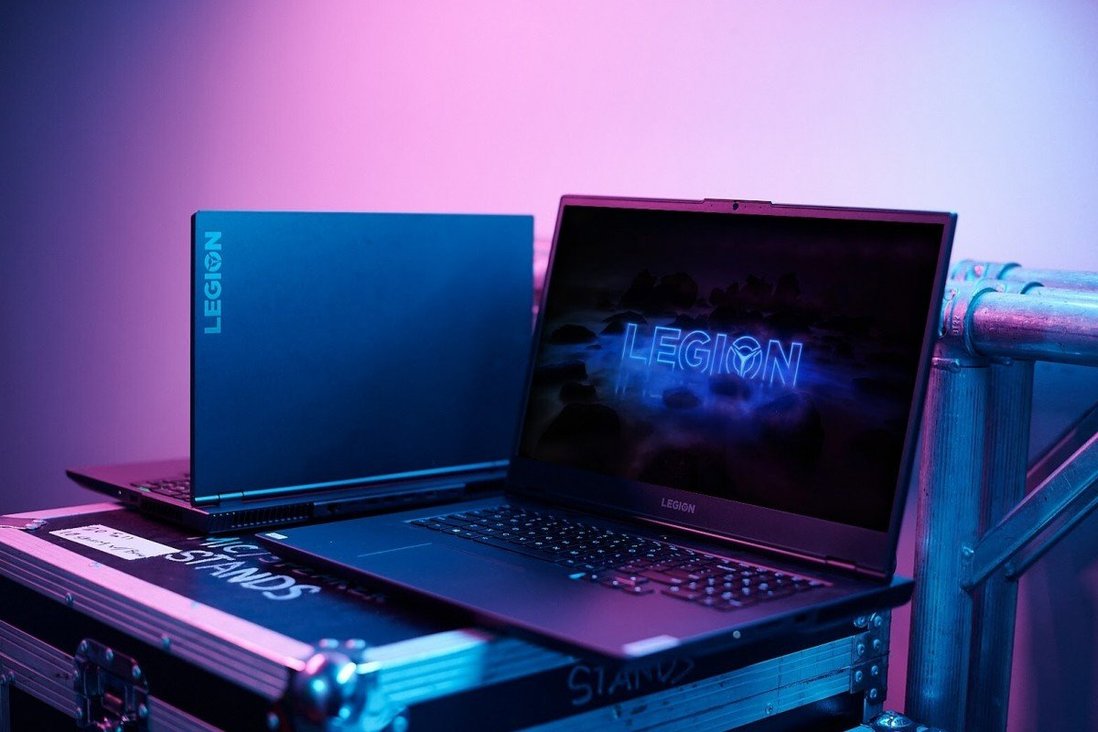 The Lenovo Legion 7 (2021) is an example of a great gaming and creatives notebook. But times change and there are more crossover notebooks.

Recommending gaming laptops used to be a simple exercise, for a simpler time. If you don’t play games, they’re overpowered, too heavy, and a sleek ultrabook will do everything you need. If you’re a hardcore PC gamer, a self-built ATX or ‘tower’ desktop PC full of hand-selected components will give you more performance per dollar.

And if you’re a hardcore gamer who doesn’t have much space or just really likes the laptop form-factor, well, then just buy the most expensive gaming laptop you can afford because it will probably be the most powerful.

But we no longer live in simple times, and so the question “should I get a gaming laptop?” has become a lot more nuanced.

The world is currently in the grip of a shortage of various microchips. The COVID pandemic is a factor, but so is the recent rise in cryptocurrency prices. This affects gamers more than most, because the key component in both a gaming PC and a cryptocurrency mining rig, is the video card.

In a desktop PC, the video card functions almost like a secondary computer in itself, with its own processor and memory. Rather than a CPU, a video card has a GPU, or graphics processing unit.

A powerful GPU can make all the difference when it comes to gaming performance, and the hottest GPUs right now are NVIDIA’s RTX 3000-series. The RTX 3070, 3080, and 3090 are insanely powerful devices that bring real 4K gaming to home PCs.

More importantly, they bring NVIDIA’s second generation of a technology called Ray-Tracing. This is a more advanced process for modelling the way light falls on and reflects off objects in-game. Basically, when it comes to a gaming PC, you’re either ray-tracing capable, or you ain’t.

But there’s a problem, for gamers. It’s almost impossible to buy an RTX 3080 or 3090 right now. Stock is snapped up instantly by scalpers and cryptocurrency miners, and whatever is left over is… um… vigorously priced. An RTX 3080 will cost you upwards of $2500 for the video card alone – if you can even find one.

In the before-time, before COVID and cryptocurrency, the Lenovo Legion 7 (2021) would be an excellent gaming laptop, albeit outperformed by a desktop PC at the same price. But in a world where RTX 3080s and even the lower-spec 3070s are thin on the ground, and prices are so inflated, Lenovo’s offer becomes much more interesting.

But it’s important to be aware: the RTX 3080 inside this laptop is the mobile gaming version of the 3080. It’s a newer design of chip, compared to the one in the full-sized desktop video card. Unfortunately, the mobile RTX 3080 is up to 50% slower than the desktop 3080. Why? Because the mobile chip uses much less power – you get all the features of a 3080, just not the same speed.

Don’t worry though, this performance difference is more to do with the desktop 3080 being insanely fast. The chip in this laptop still gives you a solid performance boost over the previous generation of mobile and desktop cards, NVIDIA’s RTX 2000-series.

The display: Window to a laptop’s soul

Lenovo has made some interesting decisions when packaging the Lenovo Legion 7 (2021). The CPU is an AMD Ryzen 9 5900HX, a 3.3GHz mobile version of a CPU that’s very popular with gamers right now. Onboard RAM is 32GB, double the 16GB standard for a high-end laptop.

Refresh rate refers to how often the display can update. The standard for most PCs is 60Hz, but gamers prefer the smoother performance of a 120Hz or 144Hz display. At 165Hz, the Legion 7’s screen feels slick and expensive. It’s definitely a major selling point for the machine, especially since the display also supports NVIDIA G-Sync.

G-Sync basically allows the refresh rate of the screen to ‘match’ to the frames-per-second being generated by the RTX 3080 graphics chip onboard. So if Resident Evil Village is running at, say, 58 frames per second (FPS) then the display will slow its refresh rate to 58Hz. It’s a bit more complex than this, but the result is less jitter and skipping while playing games – and that’s what gamers want above all else.

Lenovo’s competition, including Alienware, has laptops with full 4K displays (3840 x 2160), but by choosing to limit their display to 2560 x 1600, and make it G-Sync compatible, Lenovo gives users a smoother gameplay experience. And at 16 inches, the difference in pixel density is hard to pick.

Because this is a gaming laptop it has to feature a bunch of cosmetic flim-flam that gamers also demand. This boils down to a massively complicated cooling system, and a keyboard that lights up in lots of colours.

All gaming laptops have this, but some (thinking of Alienware again) are better at integrating control of these systems. The Legion 7’s keyboard RGB (red-green-blue) backlighting is actually from another company called Corsair, and has to be controlled through a desktop app called iCue.

It’s a nasty app, difficult to navigate and resistive to understanding. We worked out how to create a profile, but not how to make that be the default profile so our Legion 7 would start with calm white keys every time, instead of the head-trippy spiralling colour wheel effect that it does out of the box.

The aforementioned cooling system is called Legion Coldfront 3.0 which means two fans, a bunch of cooling pipes, side intakes, and rear exhaust. The machine does get hot to the touch after 30 minutes or so of gaming, and the fans are loud enough to overwhelm the audio system (all real gamers use headphones, anyway), but this is common to all gaming laptops.

As for external USB ports, well no PC is ever going to have enough USB ports for a gamer. But the Legion 7 does provide three full-sized USB 3.0 ports, and three USB-C ports. That’s generous for any laptop.

Power is a proprietary plug, rather than USB-C, because the meaty innards of this thing need to feed off a massive 300W brick.

Software for the hardcore

As a Windows 10 PC, the Legion 7 isn’t shy about throwing all kinds of hardcore PC stuff right in your face as soon as you boot it up. After we’d dismissed the incessant pop-up adverts from the included McAfee antivirus suite, an unfamiliar icon in the system tray demanded attention.

It turned out to be Lenovo’s VANTAGE (sic) system monitor and controller. This allows the user to manage updates to the Lenovo-specific bits of the computer, and also keep an eye on Windows 10 updates.

The first thing the Legion 7 wanted to do out of the box was a keyboard firmware update. Our accepting this put a scary-looking terminal window up on the display, covered in tiny white code that said things like “time elapsed 16ms” and not much in the way of “finished” or “update successful”. It went away after a while and the keyboard still works so…

Of course we’re being dramatic, but it’s worth remembering that this remains a PC running Windows 10. It’s not exactly easy to use, and gamers who already know what they’re doing will get a lot more out of the machine – installing all their preferred anti-cheat apps, Discord, exotic Minecraft launchers, Steam, Uplay, EA’s Origin, the list goes on and on…

In fact, we’d like to see a gaming PC that focuses on these sorts of software inclusions, rather than, for example, a whole second battery widget that sits next to Windows 10’s default battery widget, showing exactly the same battery information… except the Lenovo one is a lot less pretty (we turned it off).

With a Ryzen 9 5900HX, 32GB or RAM, and an RTX 3080, pushing graphics to a display that’s ‘only’ 2560 x 1600, there are few games the Legion 7 can’t handle easily. Listing frames-per-second for the likes of Fortnite, GTAV, Valorant, and the venerable Minecraft isn’t really helpful – for example, the latter scores over 500, which is just silly.

To push the Legion 7, we need to turn to newer ray-tracing-enabled titles such as Cyberpunk 2077, Resident Evil Village, and the Enhanced Edition of Metro Exodus. In each of these, the Legion 7 can sustain average framerates over 50, and in parts of the game where less is going on, 60-70. Combine this with the G-Sync display and you get an impressively smooth experience with incredible graphics.

By comparison, our testbench i7 8700K with a Founder’s Edition GTX 2080, struggles to keep Cyberpunk 2077 running above 50fps. There’s a location in the game called Cherry Blossom Market which is very demanding on system resources: Our testbench chugs down to a frankly intolerable 27 FPS. The Legion 7 lets us stroll about Cherry Blossom Market as the depraved minds behind the game intended – at 55 FPS.

Some credit should also be given to the Legion 7’s 1TB solid-state hard drive. It’s an M.2 NVMe drive, which means it slots directly into the motherboard and can transfer data at a theoretical top speed of two gigabytes a second. (Real world speeds are a little slower because of Windows 10’s ‘overheads’).

Of course, this is all assuming the Legion 7 is plugged in to its enormous 300 watt power supply. Pull the plug and switch the battery power, and (by default) performance drops by 50%. You can tweak power settings, but if you ask the Legion 7 to give you all the beans on battery, expect an hour of gaming time if you’re lucky. Really, you should expect to play with the Legion 7 plugged in at all times. It’s portable, not mobile. There’s a difference.

Lenovo has a stellar reputation among business users; the company made a big splash years ago, for buying and resurrecting IBM’s moribund ThinkPad brand. So it’s no surprise the build quality of the Lenovo Legion 7 (2021) is corporate-grade.

Aluminium casing, nice big trackpad for gamers to ignore in favour of their preferred pro-spec mouse, that beautiful display and its skinny bezels – this is a nice machine to have in the house. And as a bonus for some, with its minimal branding and straight-edge look, the Legion 7 can pass as not a gaming laptop. Imagine that, Alienware!

Is there a faint whiff of dad cool to this thing? With its slightly janky keyboard lighting controls and very sensibly specced display? Perhaps.

As with all gaming laptops, the Legion 7 must compete with a staggering variety of other choices out there, both laptop and desktop. Except… in a world where 3000-series videocards are virtually impossible to buy, your choices are no longer legion. And that, ironically, may just make the Lenovo Legion 7 the gaming PC for you.

Lenovo Legion 7 (2021) 16ACHg6 gaming laptop
In the land of no desktop GTX 3080 cards, the GTX 3080 laptop is king.
Features
9
Value for money
8.5
Performance
9
Ease of use
7
Design
8
Positives
Powerful CPU/GPU combo crushes all but the most demanding games
Understated look lets you fly your geek flag low
16” 165Hz 2560 x 1600 display is a pearler
Negatives
Much less powerful than a desktop PC with a desktop GTX 3080
Weird aftermarket-feel keyboard RGB app
Display isn’t 4K (but you can connect one via HDMI or USB-C)
8.9