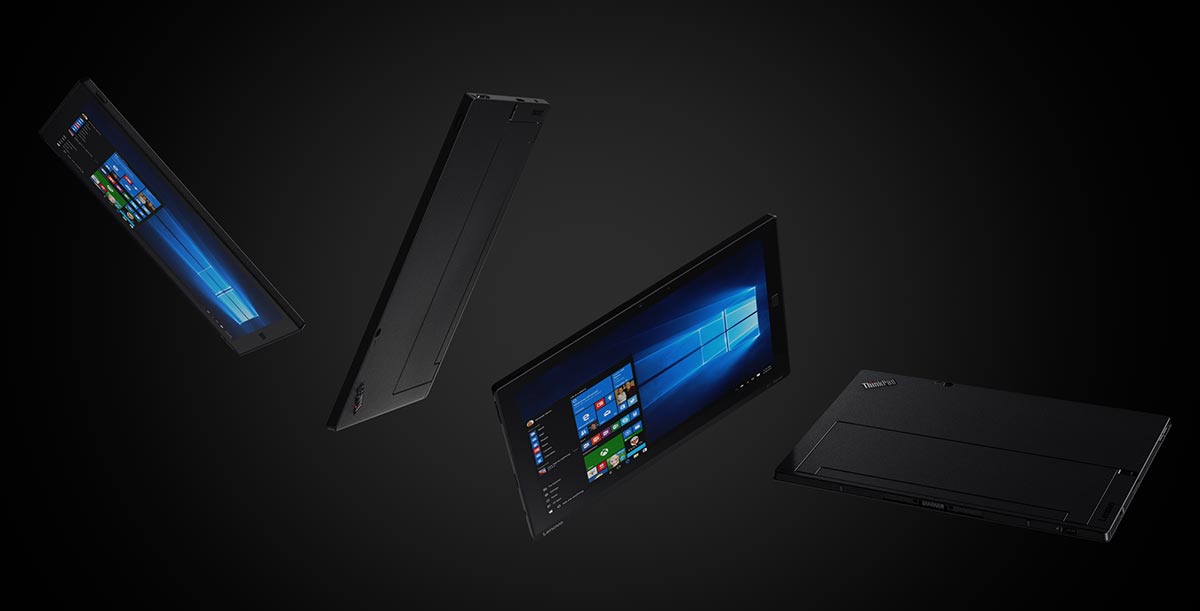 Like the idea of a tablet but aren’t sure if a full-on touch friendly machine will handle your regular workload? Lenovo’s 2016 slate could have your name on it, bringing a dose of modular design for tablet expandability.

The world’s biggest showcase of consumer tech for the first half of the year has barely begun, but Lenovo is already taking the covers off a laptop that looks to bring more laptop owners into the tablet fold.

Tablets may not be new, but not every computer owner sees the point of bringing touchscreen technology to their environment. In fact, now that Microsoft’s Windows is less touch-heavy, the need to go tablet-based is less of a thing.

But one good reason can come from size, with tablet computers throwing in all the parts needed to make a computer what it is inside the screen, allowing a tablet computer to be thinner than its standard laptop sibling.

No keyboard both helps and hurts this, however, meaning you get less size and weight from not having a tablet included, but it also becomes your choice as to whether you need a keyboard or not, buying one outside of the tablet.

Lenovo may have a solid middle ground option for computer owners keen to upgrade, though, and it’s coming in the form of a new tablet arriving in the company’s well established “X” series, and it might even come with its own keyboard.

Generally considered the benchmark for business machines, Lenovo’s X series is well regarded, with the company generally building sleek, thin, and durable black business machines coming from the heyday when IBM was the company making the ThinkPad range, which Lenovo is now responsible for.

The new model is called the Lenovo X1 Tablet, and while it isn’t the first time Lenovo has dabbled in tablet computing, it does appear to be one of the more interesting takes for the company, relying on and borrowing from some of the research we’ve seen from prior Lenovo slates.

You’ll find a 12 inch display on this tablet, much like Microsoft’s Surface, and there’s even a 2160×1440 screen here, making it a little fuller-than-Full HD, though not quite the same pixel-busting res of Microsoft’s Surface Pro 4 machine.

Intel’s low power Core m7 processor is being used for this tablet, and while Lenovo isn’t saying much about specific specs, you can expect up to 16GB RAM and up to 1TB of solid-state storage possible here, with Samsung’s super-fast M2 solid-state drives even being included.

But more than just being “another tablet”, Lenovo looks to imbue the feeling that you can be more productive on this tablet than other machines out there.

Almost as if the company is aware of the shortcoming of other tablets, it is making the X1 Tablet modular, giving it expansion options depending on if you want to use it for various things.

For instance, it looks as though the keyboard on this model might be included as part of the package, separating this tablet from the pack already, as Microsoft’s Surface charges separately for this option, but there are other bits and pieces here.

You might want to work on a massive presentation, but find the system just doesn’t have enough expansion ports.

For this, Lenovo has build a “Productivity Module” for you to plug the X1 Tablet into, offering up a USB 3.0 port, an HDMI port, and a DisplayPort, while also boosting the battery life of the whole device.

After a long day of working on that presentation, you might want to give the presentation directly from your tablet, and so there’s a “Presenter Module” that will expand the tablet with an HDMI port, but also bring forth a pico projector into the body, similar to the Lenovo Yoga Tab Pro had.

One other module is very interesting, with a “3D Imaging Module” bringing Intel’s RealSense 3D technology to the X1 Tablet and allowing someone to scan in three dimensional objects using a rear camera and 3D tracking depth sensor, ideal if they work in graphics or animation.

“The new X1 family demonstrates our relentless pursuit of innovation that elevates the products above the norm.”

Certainly from a usability point of view, Lenovo’s X1 Tablet looks very interesting, and since the design of this tablet meshes with Lenovo’s existing computers, we can see why people would be keen to give them a look, because we sure are.

Interestingly, the company is still keen to let people do a bit of maintenance if they need to, and has even sent through pictures of how the machines can be opened up for repair, while also supporting replaceable batteries, something generally forgotten about in new computers.

You can bet we’ll be having a good play when these are ready, and it shouldn’t be long until Aussies start seeing the Lenovo X1 Tablet and its modules, either, with availability expected from February on this one alongside the Productivity Module, while the Projector and 3D Imaging Modules both will have to wait until May.

We’re told pricing should come soon, however, so if the X1 Tablet grabs your attention, stay tuned.