LG Doubles up with Twin Wash 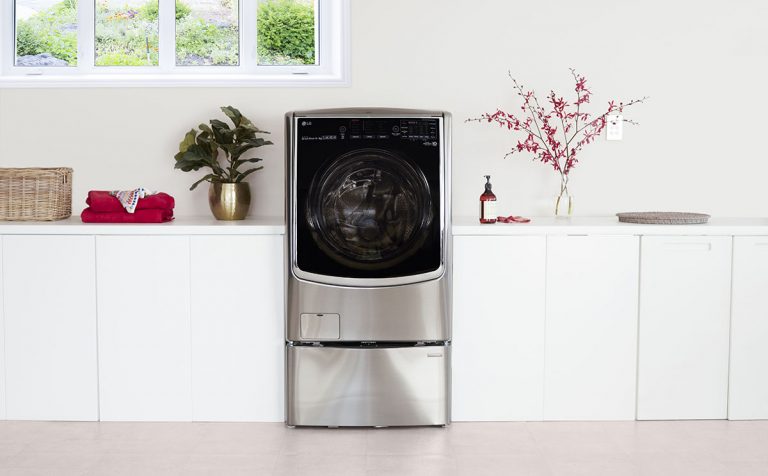 LG has a solution. The LG TWINWash System is two washing machines, plus a dryer, all in one unit.

At the top is a kind of regular front load washing machine. At the bottom is a drawer. Pull that out and you find it contains an LG MiniWasher.

That’s designed for small loads – it has a capacity of just 2.5 kilograms – and it’s cold-water only. So this is not for the overalls of a working mechanic. Brad Reed, Senior Marketing Manager for Home Appliances at LG Australia, notes that it is ideal for “last minute delicate clothing, frequent loads of gym gear or a dedicated load of intimate apparel.” Its cycles are mostly for delicates – it has a “hand wash” setting – and lightly soiled items.

LG has provided some survey data on how Australians tend to do their clothes washing. I rarely mention such data. You live life your way, not according to some proportion of other Australians. But this survey did show that forty per cent of Australians do find themselves stuck in the situation of having to “wash a few items instead of a full load of laundry when they have to wash something urgently”. That would suggest a lot of water is unnecessarily going, literally, in the true meaning of the word, down the drain.

Meanwhile, I said that the top part “is a kind of regular front load washing machine”. But even considered in isolation, this is a premium washer. It is rated at a huge 16.5 kilograms capacity. And its dryer function has a 9 kilogram capacity.

To me that means a reorganisation of washing practices. You can use the MiniWasher each day or every second day for the urgent stuff, and save everything else for a big weekly wash.

The big washer ought to do the job since it basically has the best of everything LG has to offer, including TurboClean (a rinse nozzle at the front of drum), TrueSteam, which fluffs up fabric fibres, an Inverter Direct Drive Motor with a ten year parts warranty, Six Motion Wash Technology.

And “SmartThinQ”. Yes, there’s an app for that! You can control and watch the progress of your wash using the app on a smart phone. So this washing machine must have WiFi or Bluetooth built in.

One final thing: because the main washer is up high, there’s way less bending over involved in the main wash. Or even for a mini wash, because that one is top loading.

This stuff doesn’t come cheap. The LG TWINWash System is available this month from Harvey Norman and The Good Guys stores for $3999.