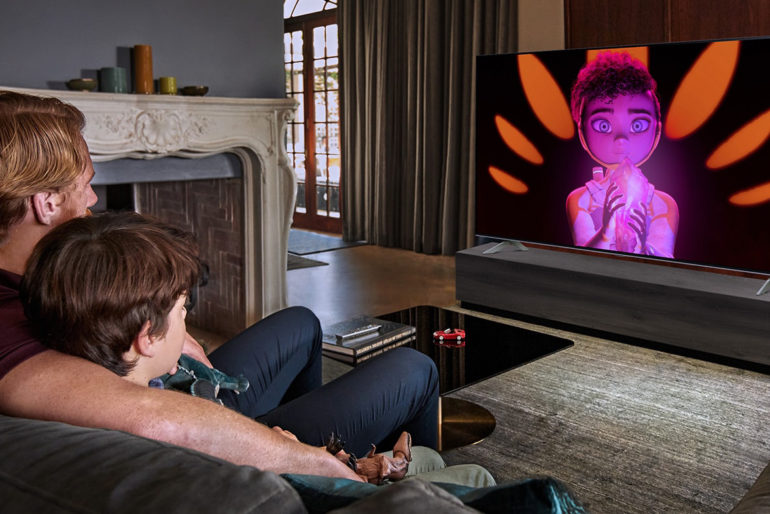 LG Father’s Day splurge suggestions cover budgets from a mere $259 to a lazy $14,399. After all, he is probably still putting bread on the table during tough times – times no Boomer has seen before.

Father’s Day was invented in 1910 to honour fatherhood and paternal bonds and the influence of fathers in society. We understand that Mother’s Day predates this by three years – so let not debate the relevance today in non-binary, gender-fluid society – it is what it is! So, thanks, Dad (and Mum).

Hint to my millennial kidults – I covet the LG Gram!

Featuring Meridian Audio technology for enhanced bass, clear vocals and rich treble. It has Dual Action Bass using two passive radiators to reinforce bass. He can connect two LG XBOOMGo speakers for stereo. IPX5 to protect against beer spills. If your budget does not stretch the LG XBOOMGo PL5 (Review 8.2/10) at $179, it is very good too.

Premium listening experiences through Meridian Audio technology. It has a UVnano case, which kills 99.9% of E. coli and S. aureus bacteria on the earbuds after 10 minutes of charging.

Our pick of the crop, this 7.1.4 soundbar, is TV brand-agnostic – works equally well with and Dolby Vision and Dolby Atmos TV with HDMI 2.0 or HDMI 2.1 and eARC. It is Meridian tuned and supports Google Assistant, Amazon Alexa, Siri and Apple AirPlay 2. If dad does not have a suitable TV, then LG has a range of 2.0 to 5.1 Dolby Digital and/or DTS soundbars from $399 to $759.

NanoCell means Quantum Dot LED/LCD TV for great saturated and immersive colours. There are three models Nono75 (Edgelit), Nano86 (Edgelit Pro) and Nano91 (FALD). All have Dolby Vision and Atmos and are what you buy if you want a quality step up from those generic cheap TVs that just don’t cut it in comparison.

OLED is the best TV, and LG makes the best OLED TVs. Each of the 8,294,400 pixels is self-emissive (like a light bulb), offering perfect blacks and white (infinite contrast), 1.07 billion and 100% DCI-P3 movie colours and displays Dolby Vision IQ and Atmos like no other. Plus, it has four HDMI 2.1 ports to support the new PlayStation 5 and Xbox consoles (VRR, ALLM, HGiG, FreeSync/G-Sync). Running the latest version of LG WebOS 6.0 means all apps like Netflix, Apple TV, Stan, Amazon Prime, Disney+ and Optus Sport. Note there is no Kayo app, but you can Chromecast it from a mobile.

LG has snuck in the next-gen OLED panel for G1 models. It adds an extra green pixel to make it brighter to better suit Aussie open-plan homes with lots of high ambient light levels; otherwise, its engine and WebOS are the same as a C1. It features a slim profile and includes a wall mount. Or you can get the Gallery stand (option).