LG G6 set to arrive in Australia this month 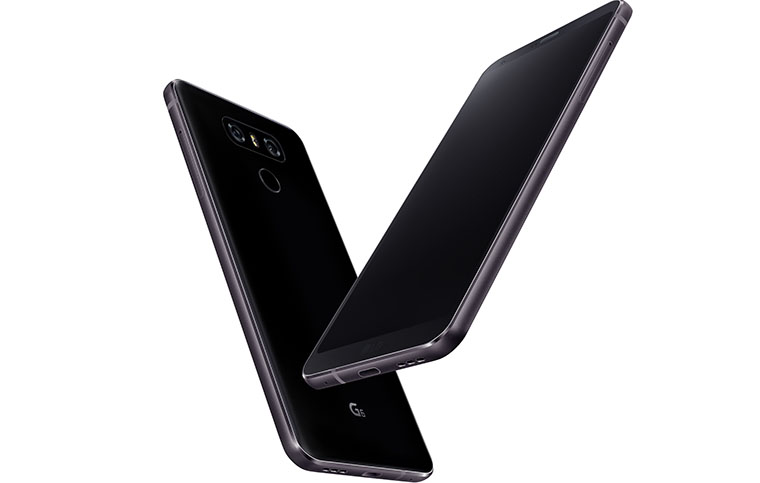 Following on from its launch at the Mobile World Congress 2017 in Barcelona over the weekend, LG Electronics Australia has announced that the premium LG G6 will be available for purchase in Australia from Telstra stores from 28 March 2017.

Unfortunately, no pricing is available yet, nor the precise fitout of the local models. But the basics for the model are as follows.

A large screen has been packed into a relatively small case, thanks to the narrow bezel. The display is 5.7 inches with a resolution of 2880 by 144 pixels for a density of 564 pixels per inch. The aspect is called “18:9” because that’s way more impressive than the mathematically identical “2:1”. LG calls the display “FullVision”, but doesn’t mention the technology (eg. OLED or IPS/LCD). It does say the display supports HDR (ie. ten bit rather than eight bit colour and brightness coding) and Dolby Vision (the same, but more so and more cleverly implemented).

The design is “minimalist”, made with glass and metal. It’s 7.9mm thick and there is no camera bump. It weighs 163 grams.

The LG G6 scores an IP68 ingress protection rating. The “6” means no dust can get in. The “8” means the phone can be dunked over a metre deep in water – LG says up to 1.5 metres – for half an hour. LG say it has been engineered to endure high temperatures and – something I’d like to see – “nail penetration”, and that it uses an internal heat pipe to manage internal temperatures.

The built in battery is rated at 3300mAh so battery life ought to be respectable.

The camera app seems to have been significantly upgraded, with multiple windows so you can see what photos you’ve taken while taking others.

It runs Android 7.0 Nougat and will have the new natural language Google Assistant operational out of the box.

It runs the Qualcomm Snapdragon 821 processor with 4GB of RAM. Storage may be 32GB or 64GB (we’ll see in due course) and expandable via microSD to up to 2TB, if and when such sizes become available.

All the usual premium stuff is there including fingerprint sensor, 802.11ac WiFi, Bluetooth 4.2, Near Field Communications (NFC) and USB Type-C connectivity and charging.

The LG G6 is available in “Astro Black”, “Ice Platinum” and “Mystic White”.