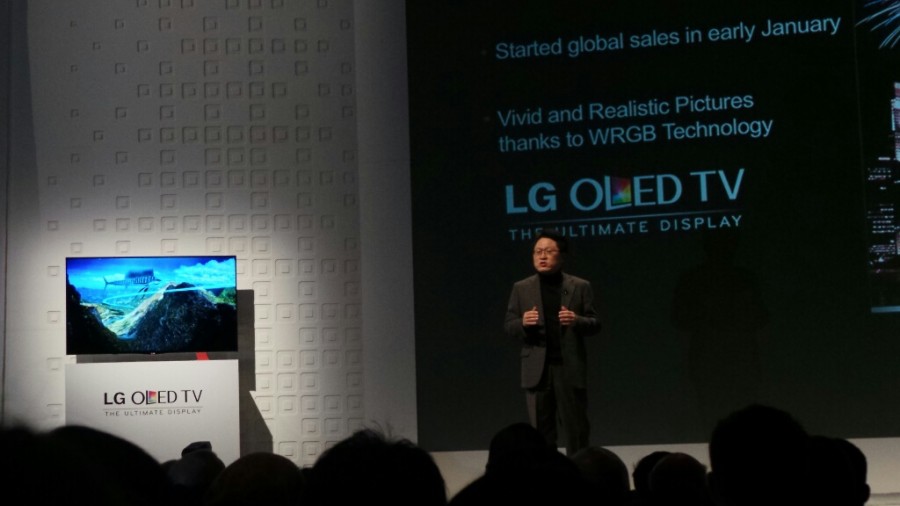 The 84 inch Ultra Definition TV that graced our presences late last year appears to have two baby brothers, with LG pushing out two new models over in Vegas the CES this morning.

Launched amidst a flurry of activity in the home entertainment space, LG has announced two new models of 4K TV, offering that 2160p image that offers roughly four times what your Full HD television can offer.

While LG has yet to confirmed Australian pricing or availability, we would anticipate a timeframe from March or April onwards, with pricing in the top tier of where these sizes would normally sit.

LG also took the time to announce that OLED TVs are finally shipping, with global sales beginning in January and US sales starting in March, all which leads us to believe we’ll see a local release in March or April, possibly alongside the new Ultra Definition displays.

For many companies, OLED has been a dream, in the making for over five years. In fact, when this journalist started his career, Sony was talking up its smaller OLED displays.

The use of Organic Light Emitting Diodes in TVs means that the displays can become thinner than ever before, while still producing some of the best and brightest colour possible. In fact, LG today said the contrast ratio was essentially infinite, and certainly from six or seven rows back at the LG press conference, we can tell you that we were impressed.

Even as far back as we were, the colour was outstanding, and as demo material appeared on screen – splashes of colour, the odd frog in a rainforest – it was a simply excellent sight.

Available only in a 55 inch size and in Full hD 1080p only – no 4K here, sorry people – the LG OLED TV will start selling for $12,000 in the US when it goes on sale later this year, and with an Australian dollar fetching a fairly comparable rate against the US, you can probably expect a similar price when it makes landfall later on.