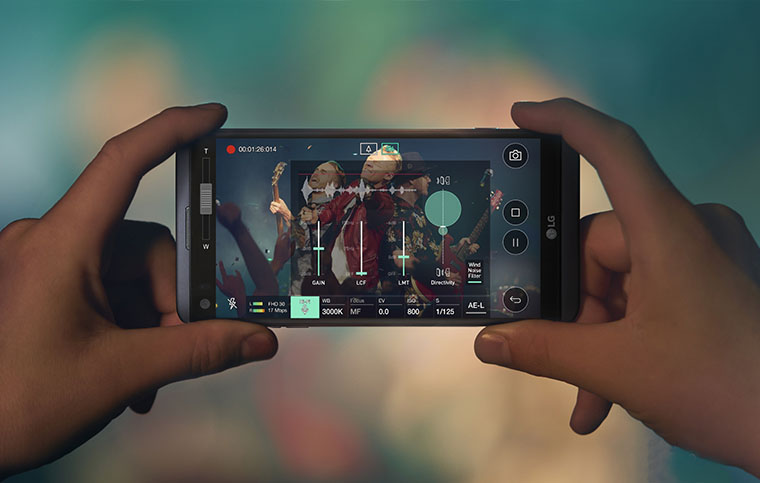 So which is it? The V20 or the G5? They’re the two phones contending to be LG’s present flagship models: the LG G5, released earlier this year, and the LG V20, which will be available for purchase in Australia (from JB HiFi) on 8 November 2016.

Price? Both $1099. Same Qualcomm Snapdragon 820 processor with 4GB of RAM which ought to provide excellent performance.

Camera: the rear is the same for both with 16 megapixels and f/1.8 speed, and 8 megapixels wide angle with f/2.4. The front on the V20 is 5 megapixels compared to the 8 megapixels of the G5. So I guess the V20 is to be preferred if you want your skin blemishes to be more clearly conveyed in your selfies.

The V20 was distinguished by being the first phone to be released with version 7.0 – Nougat – of Android earlier this year. There can be little doubt that the LG G5 will receive that as well in due course, if it hasn’t already.

And both of course feature full 802.11ac WiFi, excellent 4G, the latest Bluetooth (4.2 LE), Near Field Communications pairing convenience, USB Type-C charging and connectivity, and expansion of built in storage thanks to a slot for microSDXC (up to two terabytes) memory cards.

Perhaps, though, it’s best to think of them being intended for different functions, or for different people. You see, the G5 is modular so you can upgrade its functions to higher level. For example, there’s a Bang and Olufsen (the famed Danish audio brand) module to it to deliver high fidelity sound.

The LG V20 does not have that flexibility. Instead, it has the high fidelity built in, again courtesy of Bang and Olufsen.

Indeed, that’s very much the focus of the V20: media. For playback of music it features a Hi-Fi Quad DAC (digital to analogue converter). For recording, it employs three microphones with have a high “Acoustic Overload Point” – that is, the microphones can absorb very high levels of sound before being pushed into distortion.

Looks like purchasers should make that optional microSDXC card slot as large as possible to make room for those very revealing family videos.

The camera is built into an aluminium alloy case. LG actually specifies the alloy: AL6013. Turns out, according the Alcoa technical sheet, that this was developed as a “medium strength aerospace alloy that provides improved corrosion resistance and formability for use in aerospace applications including primary aircraft structures.” It’s amazing what they make phones out of these days. Anyway, it’s primarily an aluminium, magnesium, silicon and copper alloy, with a dash (less than one per cent each) of manganese and iron. If it’s good enough for airplanes, it’s good enough for mobile phones I reckon.

The LG V20 comes with a bigger battery than the LG G5: 3200 mAh versus 2800 mAh, and it’s removable so you can take a spare. And it comes with more built in storage than the LG G5, with 64GB rather than 32GB, but purchasers of either are likely to use the memory expansion capabilities, making that moot.

There also appears to be a number of technically highly adept apps for camera and recording provided with the LG V20, including the “HD Audio Recorder”.

And in view of the fact it has a high-end DAC built it, it has a headphone socket built in as well.

Finally, travelling is facilitated by the dual SIM slots.