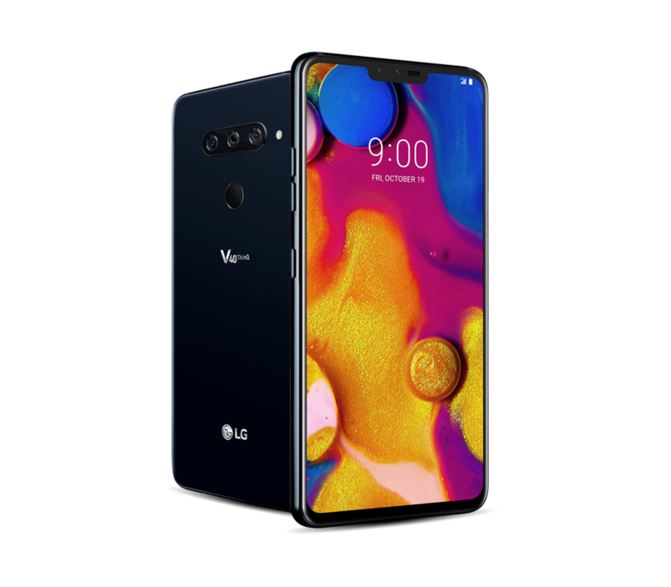 The flagship LG V40 ThinQ is finally here with a 6.4-inch OLED screen, five cameras, Qualcomm 845 processor and a sound pedigree that may be hard to beat.

LG puts everything it can into the V-series – these are aspirational devices. This then flows down to the G-series and so on. LG smartphones always end up on GadgetGuy’s ‘best of’ lists as they are just that.

We rate the superseded LG V30+ 4/128GB as a ‘best buy’. It has a 4.8-out-of-five rating and GadgetGuy said, “It ticks all the flagship boxes, and then some making it a solid contender for the best flagship of the year.”

It started life at $1,199, dropped to $799 when the G7 ThinQ came out but is clearing now for $479 – amazing value for a phone that rates in the top five flagships in the world.

Back to the V40 ThinQ

We hate typing ThinQ every time we write about an LG product so let’s get it over with. ThinQ is LG’s take on Artificial Intelligence and its part of many consumer electronics products it makes. Voice Assistants use it to get things done with LG products – it has a deeper understanding of how the device works. So, if you as OK Google, turn the TV on – it relays that to ThinQ to do so. That is smart.

We will be reviewing the LG V40 ThinQ soon but here is what we know.

Looking at the specifications shows it has the potential to take great photos in good and low light. We have always liked the wide-angle lens – it is great for wide-vista tourist shots. It supports 4K video and HDR10.

Selfies also get AI, 3D lighting effects, Avatars, beauty mode and more. There are also lots of AI functions on both front and rear to help get the best shot.

The V-series has the best Sabre ES9218P, 32-bit Hi-Fi DAC making it a pleasure to use with Hi-Res music and headphones. The Boombox speaker refers to inner resonance chambers top and bottom that help boost bass. It also has DTX:X virtual sound enhancement.

TBA for the Australian certified model. You can get grey market/parallel imports from $1299, but these don’t support all Australian carrier features. Colours include Moroccan Blue and Platinum Grey. It ships with Android Oreo but Pie is coming.

LG make excellent phones. For reasons unknown, it does not sell as many here as its sibling rival Samsung or Chinese interloper Huawei. It should.

I have had extended use of the V10, V20, and V30. In every case, they are top of the class wanting for nothing. By the way, the G-series are excellent too but technically sit below the V-series.