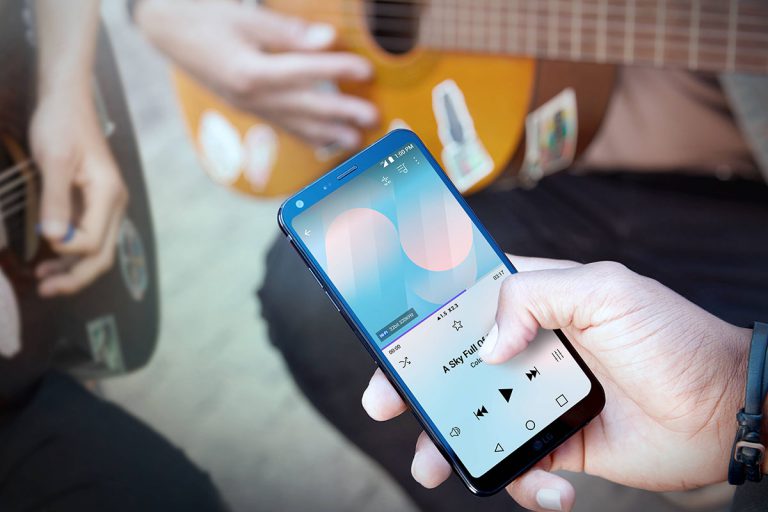 It seems that 16:9 is now quite passé. Wider is better. At least, that’s what LG (and another brand it would be impolite to name here) apparently thinks. And so we have LG’s latest semi-budget phone, the LG Q6. Priced at $399, the Q6 provides a large, wide (or tall) screen with the same aspect ratio as that on the company’s flagship G6.

Called “FullVision Display technology” the 5.5 inch display has an 18:9 aspect ratio and packs what LG is calling “FHD+” resolution. FHD is 1920 by 1080 pixels, and with that resolution and square pixels, the aspect ratio is unavoidably 16:9. With 18:9, FHD+ goes up to 2160 by 1080 pixels. That gives it a pixel density of 442ppi, which is significantly higher than that of a certain third brand of phone for which people often lust.

Somehow LG has managed to pack this into a smaller body with a thin bezel which, says LG, “is designed to maximise the display, while still preventing accidental touching of the screen when being held.”

The phone is 8.1mm thick and gets away without a camera bump. It is made of 7000 series aluminium, which LG says is “one of the highest strength aluminium alloys available and used extensively in industries such as aerospace”.  As indeed it is, but I’d note that there are a range of 7000 series aluminium alloys with a wide range of purposes, from aerospace to foil. It’s amazing the range of functions available from mixing into aluminium different proportions of zinc, magnesium, copper and zirconium. LG doesn’t mention the type of glass used over the screen.

Powering the phone is a 3000mAh batter and a Qualcomm Snapdragon 435 1.4GHz octacore processor, backed with 3GB of RAM. There’s 32GB of storage built in, expandable via microSD card by up to a notional two terabytes (will we ever see such cards?) The phone runs Android Nougat 7.1.1, with LG’s UX 6.0 interface tweaks.

The main camera is a 13 megapixel unit; the front five megapixels. The latter has a hundred degree wide angle with a “square” mode that allows you to put two photos side by side in one. Remember, 2160 by 1080 pixel screen resolution is the same as a 2:1 aspect ratio, so two perfect squares can be displayed side by side.

It has Bluetooth 4.2 (no mention of NFC), and 802.11b/g/n WiFi, 2.4GHz only. It supports WiFi direct and can provide a WiFi hotspot. The phone supports the common 4G bands. No mention is made of super high performance LTE specs, so I guess it’s pretty much standard on that front. The socket at the bottom of the phone is Micro-B USB.

The LG Q6 phone is available now in “Astro Black” and “Ice Platinum”.