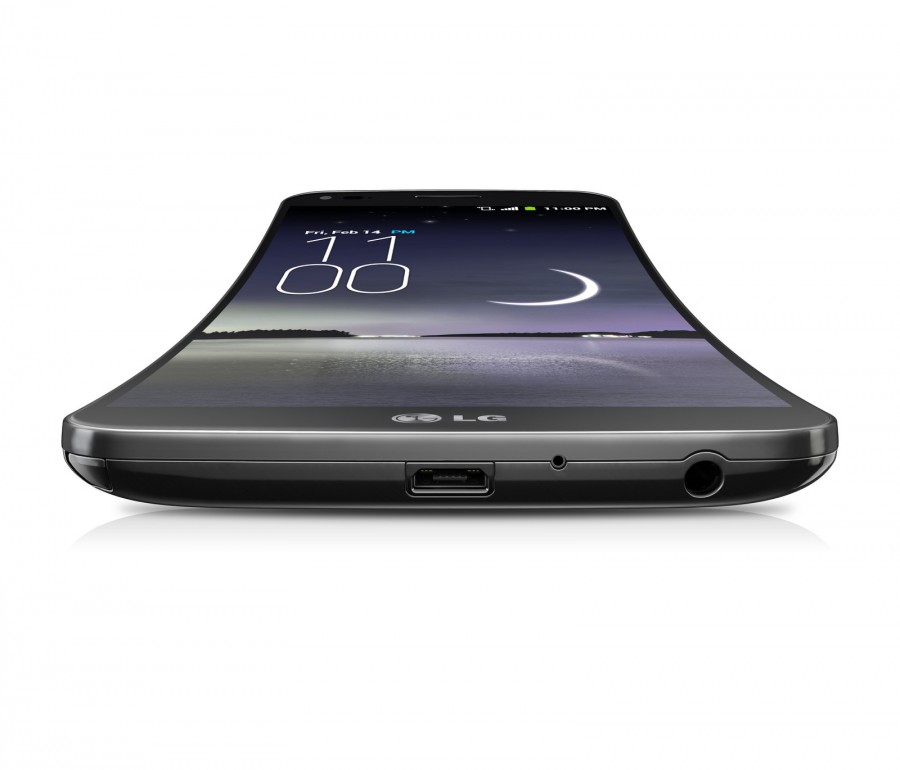 Lg's G-Flex has a 6 inch curved screen that can flex if pushed flat.

If 2014’s CES is anything to go on, the world will have lots of curved displays in its future, and the very device we all rely on from day to day is getting that technology first, as LG’s curved phone will see Australian release within a month.

First announced last year in late October, the vertically curved smartphone known as the LG G Flex will be rounding the bend in Australia in the next few weeks, arriving exclusively at Harvey Norman and recommended for use on the Optus network.

Spec-wise, the phone isn’t too much of a stray from the G2 smartphone we checked out last year, with a quad-core 2.26GHz Snapdragon 800 processor, 2GB RAM, and 32GB storage inside with no expandable memory available, and a 13 megapixel rear camera with a 2 megapixel camera up front.

Things change over on the screen, though, with LG implementing a 6 inch curved screen that arcs vertically, relying on a curved plastic OLED touchscreen running on a 720p display, a slight downgrade from the 1080p used on the LG G2, but then again, this is one of the curved screens that virtually no other device uses.

In fact, outside of the different curve Samsung’s yet-unreleased Galaxy Curve has adopted, no other smartphone supports this style of screen, making it — at least for the moment — totally unique.

Also unique is the battery, which is curved to match the screen, and takes advantage of LG’s “Stack and Folding” concept which LG tells us “reduces the physical stress on the battery pack in the curved form.” All of this technology under a 6 inch screen provides a battery of 3500mAh, which is an increase of 500mAh from the G2.

“The ‘G Flex’ represents LG’s commitment to innovative design and breakthrough technology and we are extremely excited to launch the model in Australia exclusively with Harvey Norman” said LG’s Lambro Skropidis, General Manager of Marketing for the company in Australia.

“The G Flex brings together ground-breaking design with intuitive functionality and hardware, and is testament to the huge progress LG is making in the smartphone industry. The handset has been well received in other markets and we anticipate that many in Australia will also be excited by this trend setting technology. ”

A curved screen and battery isn’t the only thing LG has included that makes the G Flex interesting, though, with a “self-healing” coating also included on the back, able to repair minor scratches to keep the phone looking lovely.

Other features from the G2 are included too, such as the native 192kHz 24-bit FLAC playback and the knock on the screen to switch the phone on, plus some new ones such as a camera timer flashing on a back LED key, a face detection indicator on the back, and the ability to divide the screen into two windows for different applications.

Harvey Norman is the exclusive holder on this one, at least for the moment, with stores grabbing the Android 4.2 “Jelly Bean” handset in February, with an outright unlocked price of $999, though it will be available on several Optus plans, too.