LG’s curved OLED to see the light of day, possibly even Australian homes in 2013 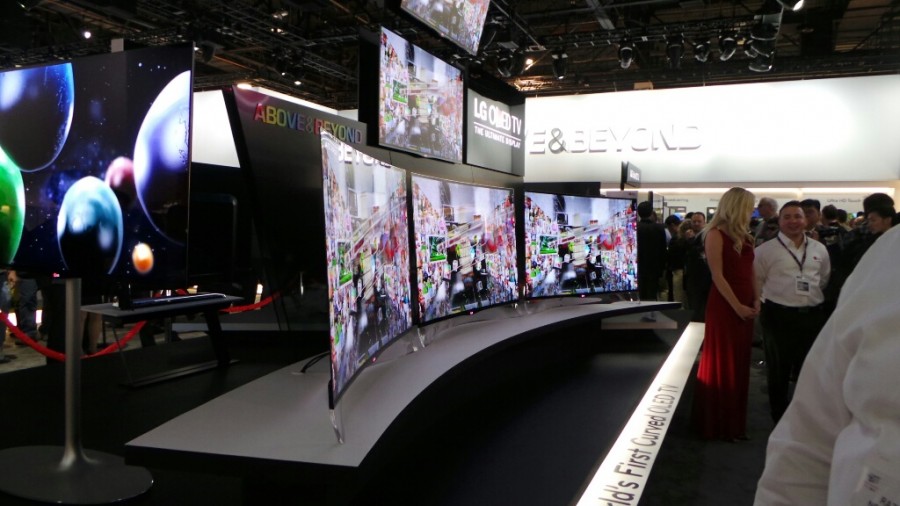 Shown at CES, those of you with deep pockets might finally be able to invest in the future of TV technology this year, as the promise of OLED technology is rumoured to be really be coming. Really. Really really.

Finally, after all the years of talking, showing demo units, taking some more, manufacturing problems, yet more talking, and then showing more models, the awesome colour reproduction of OLED could be coming to living rooms, and it will even be curved.

Announced by LG overseas, the curved OLED screens that made everyone swoon at CES will be one of the very models released this year, making it possible for those who desire the very best in screen technology to have this technology available in more than just the news we write up from events where the products have been showcased.

When we last – and first – saw the curved OLED screen at the Consumer Electronics Show in Las Vegas earlier this year, we were blown away by how lovely a display it was, featuring an astonishingly thin 4.3mm build while having colours that just popped off the screen.

The curved OLED TV from LG will be called the 55EA9800 and will come to Korean stores first, with no release information currently available for other countries, though with LG set to announce its other TV and AV products for 2013 later this week, we expect we should hear something soon.

A local price would be nice, though we doubt our pockets are deep enough to afford such a luxury display.