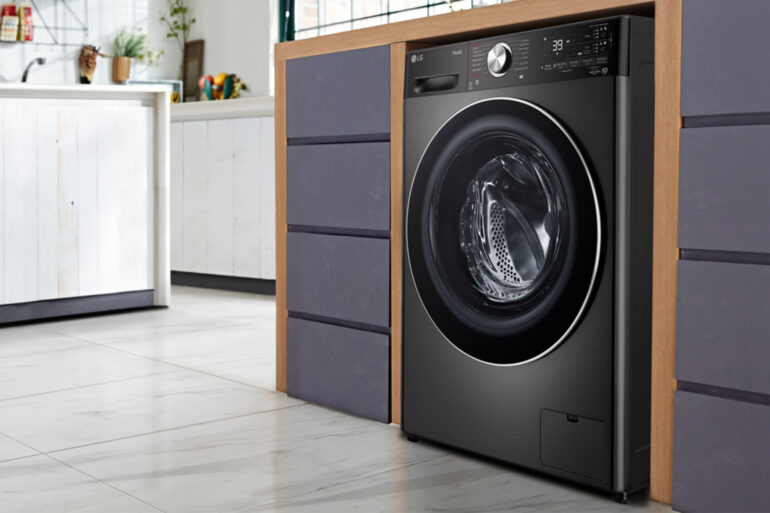 LG is bringing its ezDispense washing machines to Australia, designed to save time and limit hassle through automation.

Adding to the pre-existing range of washing machines from LG, the new front load models include auto-dosing technology as a major feature. Known as ezDispense, the flagship feature helps you use just the right amount of detergent for every wash. It detects the weight of each load, automatically releasing a pre-set detergent dose, removing the need for manual measurement.

Included within the washing machine’s ezDispense drawer are separate compartments for liquid detergent and fabric softener. The two can also be linked, which is meant to provide up to 35 medium washes’ worth of capacity when full. Combined with LG’s AI Direct Drive technology, ezDispense is designed to provide optimal wash settings based on a laundry load’s weight and fabric softness. Another smart feature is remote and voice control using the LG ThinQ app on a compatible mobile device.

Available now online and at retailers, the new LG ezDispense washing machines include four models, with the cheapest starting at $999.

ezDispense appears to be a helpful new technology for anyone who stresses over the amount of detergent to use. For someone like me, who doesn’t pay too much attention to the clothes-vs-detergent ratio, I can still appreciate the nifty feature.