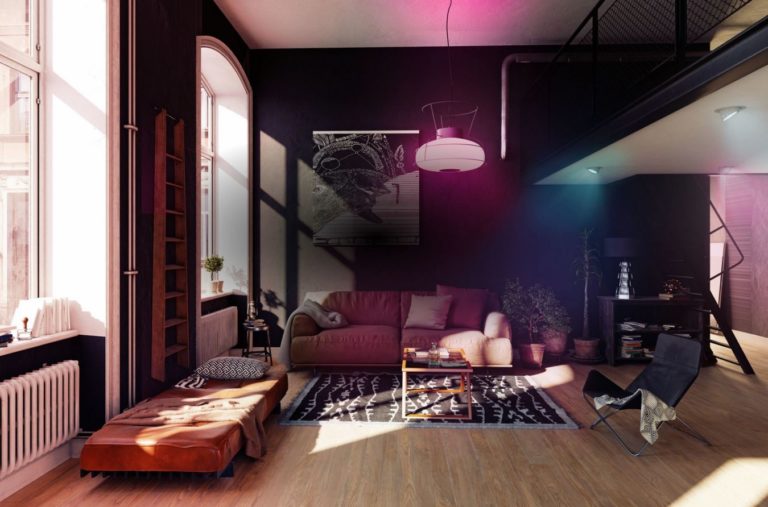 LIFX Wi-Fi LED smart lights are the easiest way to add smart lights to your dumb home. Being Wi-Fi all you do is download the app, connect to Wi-Fi and optionally add that to Google Home et al.

What you may not know is that LIFX Wi-Fi LED smart lights are a product of Australian inventor Phil Bosua. It has strong local support, and its headquarters are now in San Francisco, California.

Research shows that smart lights are the third most popular retrofit DIY product to add some smarts to a dumb home. Although before you rush out and buy something read our new guide to adding intelligence to your home as there are a few decisions you need to make first.

Fortunately, as long as you have decent home Wi-Fi, LIFX bulbs are relatively risk-free as they connect to Google Home, Amazon Alexa, Apple HomeKit, most smart hubs and talks IFTTT (If this then that). And if you purchase from LIFX online you have a 60-day money back satisfaction guarantee.

LIFX also has a night vision A60 (uses IR LEDs and perfect to help your security camera see in the dark, 2M strip with 1M extensions, A BR30 1100 ‘flood’ with night vision

The most appealing feature is that unlike the Philips Hue, LIFX Wi-Fi LED smart lights connect directly to Wi-Fi and the app or a voice assistant controls them.

I am not putting down its competitor Philips Hue that requires a bridge – it is very good in the right places. But Wi-Fi adds lots of flexibility for outdoor use, and you can extend the range using an access point or range extender.

I read somewhere that LIFX will also mesh to a router. In other words, set up the one nearest the router first and then the others can join to the next nearest light – that could expand distance from the router quite considerably.

Adding them to Google Assistant or Alexa is as simple as linking the accounts. I did not try Apple HomeKit, but I understand its just as simple.

Out of the box, it is an 1100 lumen, 135° beam, 11W (<.5W standby) cool white light – slightly brighter than similar CFL lights. It should fit all light sockets at 69mm round and 140mm. It is bathroom proof and is fine for use under cover outdoors.

Linking to Google or Alexa (Siri not tested)

It is as simple as adding the LIFX Wi-Fi LED ‘skill’ to either. In Google, you can address the lights by name (kitchen left) or group (kitchen) by “OK Google turn on the kitchen lights (or kitchen left)” and optionally set the dimming percentage or colour scheme. (a.k.a. scenes). All work flawlessly. Google can now add new lights without going via the app.

Under Alexa you have to ask the skill to do something, “Hey Alexa (ask LIFX to) turn on the kitchen lights.”

The manual states it is not necessary to ”Ask LIFX to” but we found it was necessary and it’s a pain. We also had some issues with getting it to use scenes despite the manual stating, “Your Scenes from the LIFX app will also carry over.” It was fine when you said any colour from the pallet including Warm/soft/day/cool/white.

You can also set up routines or schedules in Google et al., or the app

Create an IFTTT account. Link LIFX to it. After that, you can interact with any other IFTTT IOT devices like security cameras and motion detectors. It also opens up geofencing to turn on lights in of your smartphone (in a certain period).

You need to secure any IoT network – read our five easy steps here. I am leaning to using a D-Link D-Fend with McAfee router for my ever growing IoT network.

Over the two weeks test with a D-Link AC5300 router about 6 metres away they are flawless. But I did read a couple of reviews that found spotty performance with low power Wi-Fi networks. In this case, consider Philips Hue and its Zigbee bridge. I own a Philips Hue setup, and it has been great.

My advice for poor Wi-Fi – buy a better router. Although you can use both systems at the same time.

As a party trick turning your kitchen lights on by voice impresses the neighbours. But making them change colours is very impressive.

The only elephant in the room is the price – eye-wateringly expensive for Joe and Jan Average, especially if you want to retrofit most of your home. I have not done the energy saving calculations (as that would take months to years to see differences), but I expect these would pay for themselves in under 10 years of their 22+ year lifespan.

Here is a video with the IR light function – very good

Features
Value for money
Performance
Ease of Use
Design
Reader Rating0 Votes
Easy setup especially via Google Assistant and works from compatible smartwatches
Voice control is a breeze and makes you very lazy
Compatible with almost every smart home system including Samsung SmartThings
No hub needed
The well-developed app makes it easy to get the white temperature you like (I like cool!!!)
IFTTT makes it very useful
The A60 1100 lumens and 135° beam is excellent for larger spaces
Not cheap – use sparingly until you are hooked
The App gives more functionality than Alexa or Google voice can
If you have poor Wi-Fi, then Philips Hue with its Zigbee bridge may be a better option
Damn – I want more!
4.7