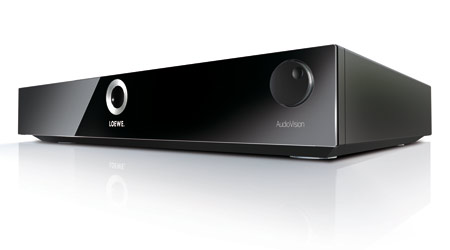 In general the Audiovision unit was fairly good at what it did. Having an iPod cable in the box was a nice inclusion and this and the USB playback worked as well as any consumer electronics devices do with these new media. In fact, scrolling through long menu lists (the unit presents your iPod’s content list, for example, on a connected TV) was faster than most. The FM radio worked all right as well.

But the DVD player section was simply not very good at all, which was quite surprising given Loewe’s experience. When the HDMI output is used – normally the best way to get great picture quality – the output resolutions available are 576p, 720p, 1080i or 1080p. Each of these requires the player to do a progressive scan conversion from the interlaced format of the DVD. This is where the player falls down.

It seems to rely entirely on certain information – a ‘flag’ as to the format of the video – encoded into the disc, but with more than 90 percent of Australian DVDs, this information is wrong. So the player uses the wrong processes and generated some nasty artefacts. These included jaggies, moire patterns and flickering horizontal lines.