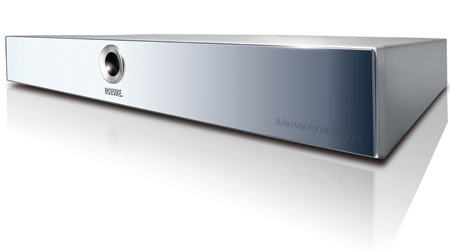 The Blu-ray player clearly comes from an entirely different lineage because when playing Australian DVDs it ignores that information and instead examines the video content, and tries to determine from that how to perform the progressive scan conversion. It does this correctly most of the time, to a level better than most other Blu-ray players.

In operation, this is a dream player. It is fast. It starts quickly from standby. It loads discs very rapidly: typically in one-third to one-half the time taken by some of the slower current model players. It responds rapidly to the remote control.

It can even decode all Blu-ray audio standards – including Dolby TrueHD and DTS-HD Master Audio – to multichannel PCM should you need it to.

There are only two real problems with it. The player appears to be based on the same platform as used in current LG players. That’s not a bad thing, because they are also fast. This player measured almost identically in speed and other performance characteristics.

What is less impressive is that this Blu-ray player costs three times as much, and sheds some of LG’s more interesting functionality (WiFi support, YouTube and network media access).

What you get, though, is tighter integration into Loewe’s scheme of electronics, with the ability of the remote from any these three units capable of controlling any of the other devices. Indeed, aside from labelling the remotes for the Blu-ray player and the multi-source player seem to be identical. The TV one is also identical, except that it is better built, with a brushed aluminium case rather than plastic, and even nice rubber rests at the back to assist it to be gently laid down.

The downside of these is that some of the functions are rather difficult to discern from the labels on the remotes, and some transport controls are relegated to shared-function keys. So, to skip a chapter you press the fast forward key briefly. To actually fast forward, you hold the same key down for several seconds.