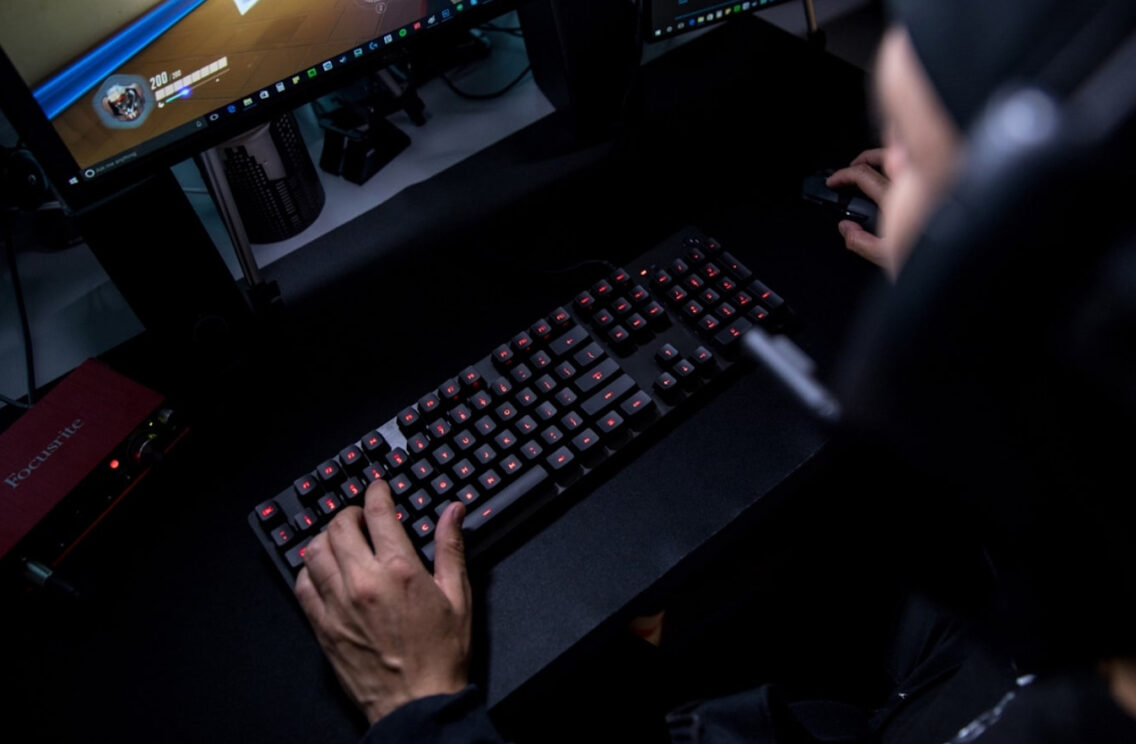 With a minimalist design which wouldn’t look out of place on a business desk, the Logitech G413 SE Mechanical Gaming Keyboard sacrifices a lot in the pursuit of simplicity.

Despite the expense, many people who spend their days, or nights, in front of a computer swear by mechanical keyboards. Rather than relying on a thin membrane of sensors under the keys, a mechanical keyboard dedicates a physical switch to each key.

The result is a keyboard that’s thicker, heavier, louder and more expensive, harking back to the look and feel of an old clickety typewriter keyboard. Even so, it’s a price that people are prepared to pay for a more robust keyboard at their fingertips.

Mechanical keyboards last a lot longer, but their real appeal is the extra precision which comes from physical switches and keys with greater “travel” – meaning they depress further before registering a keystroke. This reduces the chances of accidental keystrokes, while reliance on physical switches allows the keyboard to register more simultaneous keystrokes.

That precision really comes in handy when playing games which rely heavily on the keyboard and split-second timing. It also appeals to wordsmiths who type quickly and appreciate the satisfying feel of physical switches and greater key travel.

The Logitech G413 SE Mechanical Gaming Keyboard is designed to appeal to gamers and wordsmiths on a budget but, even at this price, its bare-bones design sacrifices too many advanced features.

Your first impressions of the Logitech G413 SE Mechanical Gaming Keyboard will depend on how familiar you are with mechanical keyboards and how important the keyboard is to your computing experience.

The minimalist design ensures that the keyboard doesn’t take up too much space on your desktop. Gaming keyboards are typically flashy PC bling, but this has an elegant black-brushed aluminium-magnesium alloy design with understated white backlit keys.

The backlit keys are handy for typing or gaming in the dark, while the matte finish ensures you don’t get glare from overhead lights in a brightly lit room. The PBT plastic keycaps add to the premium build, feeling nicer to the touch than cheaper ABS plastic.

The keyboard’s low profile design has a slight forward tilt, which you can increase with fold-out legs. There’s no wrist rest, which will disappoint some avid typists.

While the size of the keyboard is standard, the Logitech G413 SE’s actual keys are a little narrower than your typical membrane keyboard. You also need to press the keys further (actuation distance) and more firmly (actuation force), although still not as much as with some mechanical keyboards.

Likewise, there’s a loud clickety-clack compared to a membrane keyboard – which might disturb others in the middle of the night – but it’s not the loudest mechanical keyboard around.

While the Logitech G413 SE Mechanical Gaming Keyboard gets the fundamentals right, it falls short when it comes to many of the features you’d expect from even an entry-level gaming keyboard.

The biggest shortcoming is that you can’t create custom macros and assign them to the function keys, for executing complex moves with a single key press. This will be an instant deal-breaker for some gamers, especially when you consider it was a key feature of the original Logitech G413 keyboard (which you can still find online for less than this new model).

Likewise, the G413 SE loses the G413’s “Game Mode” (FN + F8) which disables the Windows key, so you can’t accidentally press it when playing games. Once again, a potential deal-breaker, especially when you consider the Logitech G software lets you disable any key on the original G413 when Game Mode is enabled.

While the new G413 SE features backlit keys, the colours of the keys aren’t changeble or programmable. For example, you can’t make the W, A, S and D keys red so they’re easy to see when playing first-person shooters.

To be fair, the original G413 lacked this, but it is pretty standard when it comes to backlit gaming keyboards. The original G413 compensated by including a keycap puller and a set of 12 “raised” caps to replace the default caps used in the WASD area, but no such like with the G413 SE.

Even if you’re not a gamer, you might be frustrated that the Logitech G413 SE lacks dedicated multimedia keys, a wrist rest and a USB port for connecting other desktop devices.

The Logitech G413 SE Mechanical Gaming Keyboard lays the foundations for a great keyboard, but it abandons too many features which should be standard for a keyboard of this calibre, in this price range.

Stripping out features compared to its predecessor, in order to force you to buy a more expensive model, harks back to Logitech’s frustrating Harmony universal remote strategy which put many long-term fans offside.

Whether you’re a gamer or a wordsmith chasing the benefits of a mechanical keyboard, you’ll find alternatives with better advanced features to meet your needs.

No, I’d either shop around for the original Logitech G413 or I’d look at alternative options.