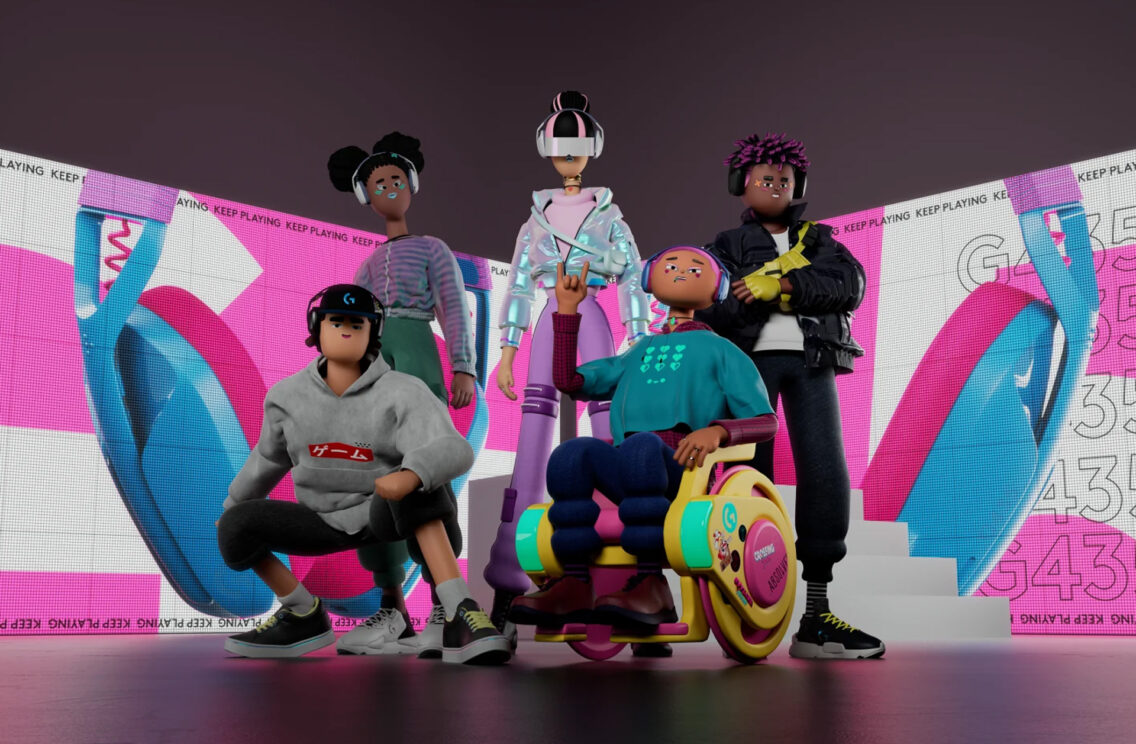 Super lightweight and comfortable, with some sacrifice on sound quality, the Logitech G435 LIGHTSPEED wireless gaming headset is handy for both work and play.

Earbuds have their place but, if you care about sound quality, there comes a time when you’re ready to step up to the more immersive sound of over-the ear headphones – or perhaps a “headset” with a built-in microphone.

The trade-off for improved sound is that headsets can be bulky, heavy and uncomfortable to wear for extended periods. That’s obviously a problem if you spend your days on video calls and/or your evenings playing games for hours at a time.

Enter the Logitech G435 LIGHTSPEED: a wireless gaming headset which won’t weigh you down.

At 165 grams, the Logitech G435 LIGHTSPEED is an amazingly lightweight and comfortable headset. Easily adjustable sliding arms for each cup make it simple to get a good fit on your head.

Along with a lightweight design, the headset also features very soft and comfortable ear pads made from memory foam. They’re large enough that they’ll probably sit around your ears, rather than on them.

They don’t clamp uncomfortably tight on your head, but they still stay securely in place without squashing the arms of your glasses into the side of your head. The headband lacks padding, but it’s not a problem when the headset is so light.

The memory foam ear pads breathe, so they don’t get too warm and stuffy, but they still bleed a surprising amount of sound – also partly due to the plastic design. This could annoy the person next to you.

Unlike most gaming headsets, they don’t feature a microphone arm. Instead, the headset has dual beamforming microphones built into the cups.

While they’re designed for gamers, the Black and Off-White models aren’t so ostentatious that you couldn’t wear them on a work call. They don’t have LED lights like some high-end gaming headsets.

It’s easy to get up and running thanks to the supplied USB 2.4GHz wireless dongle, offering low-latency audio when connected to your computer or a PlayStation 4/5.

Alternatively, you can pair the headset via Bluetooth to a computer, smartphone or tablet. It supports advanced audio formats like Dolby Atmos, Tempest 3D AudioTech and Windows Sonic Spatial Sound, used for multimedia and games.

You’ll find easy-to-reach power and volume controls on the back of the left cup, but unfortunately no playback controls for playing and pausing music or answering calls.

There’s also a microphone mute button, which doubles as a way to quickly switch between the USB dongle and Bluetooth – making it easy to jump between your computer and your phone.

You’ll also find a USB-C port for charging, with a USB-C to USB-A cable in the box but no AC adapter. The headset offers 18-hour playback, which is impressive considering its lightweight design which doesn’t leave much room for the built-in battery.

There’s no way to check the exact battery level, but you can get a rough indication by pressing the power button. An LED shows green if the power is above 30 per cent and red if it’s below. Under 15 per cent and the red light flashes, plus you’ll hear the occasional beep through the headset to let you know it’s time to recharge.

Thankfully you can continue using the headset when you’re charging via USB. Keep in mind, it can’t play audio via USB and there’s no connector for a 3.5 mm analogue audio cable. So you can’t connect to an Xbox.

The G435 is also Logitech’s most sustainable gaming wireless headset. It’s certified “CarbonNeutral”, which means Logitech finances high-quality certified carbon offsets to reduce the carbon impact of the product to zero. The plastic parts include a minimum of 22 per cent post-consumer recycled content, while paper packaging comes from Forest Stewardship Council-certified forests.

Logitech G435 LIGHTSPEED wireless gaming headset holds its own when it comes to everyday listening, but audiophiles will be underwhelmed when listening to their favourite music. The sound is a tad flat and lacks some low-end punch, which you’ll notice more when watching action movies or playing explody games.

Keep in mind there’s no noise-cancelling, so you’ll still hear the world around you. The plastic design and lightweight foam doesn’t help when it comes to muffling ambient noise.

The microphone quality is more disappointing. The beamforming does a reasonable job of turning down background noise, but not eliminating it.

The bigger issue is that, even in a quiet environment, your voice sounds slightly muffled and distant to people on the other end – as if you were talking to them on speakerphone. You can still be understood, but it’s not fantastic.

The sound quality of your voice may or may not be a problem when using the headset for gaming and work calls, depending on how much time you spend talking as opposed to listening. It also depends on how discerning other people on the call are when it comes to your audio quality.

As wireless gaming headphones go, the Logitech G435 LIGHTSPEED is reasonably priced, but the comfortable, lightweight design is the major selling point here. I was particularly interested in testing them because my son has always struggled to find comfortable over-the ear headphones. He can wear these for hours at a time without any trouble, which is really impressive – if you’re in the same boat, this might be the headset you’ve been looking for.

The headset’s ability to easily switch between the low-latency USB dongle and Bluetooth is also impressive at this price point. Even so, if you’re more concerned about audio quality than design or wireless flexibility, you might find better options elsewhere.

Yes, if comfort was my primary concern.