Logitech MX Keys – change the way you interact with a computer 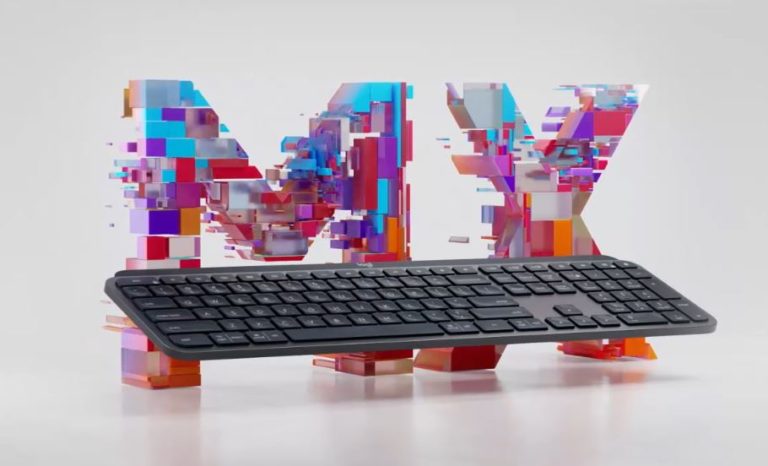 Logitech MX Keys is part of its MX Master Series for creatives, coders and well anyone that wants more from a keyboard.

So, what is so special about the Logitech MX Keys – read GadgetGirl’s review.

Hi, I am GadgetGirl, a.k.a. The Managing Editor’s long-suffering wife (he is not too bad – loves tech almost as much as me). I was asked to review both the Logitech MX Mouse 3 (review here)  and the Logitech MX Keys because a) said Managing Editor is left-handed (that rules out the mouse) and b) he is so rusted-on to mechanical keyboards that it may be challenging to get a real opinion.

I absolutely love Logitech keyboards especially the Logitech G series mechanical keyboards. They are reliable, sturdy, and durable. My current keyboard is an old G610 (now a G815). I love the deep throw, heavy activation force and the steady (if a little loud) tapping the keys generate. I also write a lot – it is good for 70,000,000 stokes (about 17 million words) and I have yet to break it – as I did annually to so many cheap keyboards.

Just on clicky keyboards – if you use one at home this should not be an issue. But when I worked in an office, I received various feedback ranging from “Stop typing so loud” to “Wow she’s working hard today”, which brings me to the first point.

When I first set it up, I really didn’t think we were going to get along. Compared to my Logitech G610 it was too ‘lightweight’, the keys were little low-profile pads instead of proper ‘keys’, and it was so quiet.

On the plus side it is well laid out with full-size keys (albeit low profile), the arrow keys sit under the Insert/Home block (as they should – I hate it when these sit under the Return key) and despite the slim deck, it sits at just the right angle.

It is backlit but get this – hand proximity sensors turn the backlighting on, and ambient light sensors adjust backlighting brightness – perfect.

Oh, and it has a fashionable gunmetal grey deck and black keys.

Initially, I used the Logitech USB receiver but later swapped to Bluetooth LE. The USB receiver has the lowest latency (the delay between pressing a key and it appearing on the screen) but even with BT, my 100+ wpm touch-type speed has a fast response time. I also changed the MX Master 3 mouse to BT – all good and no perceptible lag.

But here is the good part – you can pair MX Keys (like the MX Master 3 Mouse) with up to three devices (Windows, Mac, Linux iOS and Android) and switch between them with an Easy-Switch button. One keyboard/mouse for your laptop, desktop or tablet. While it works well, I am not sure how many people have three computers on their desk – but if you do!

I have been using the MX Keys for several weeks now – so this is not a cursory test. I really wanted to give the low-profile keys a good test.

It didn’t take me long to get used to it. While there is not the same machinegun tap and strong actuation force feedback that you get with mechanical keys, I don’t mind it. It did not impact my typing speed, or accuracy like so many keyboards do.

There is definite touch feedback from the keys that is equally satisfying. I know I could have gone back to my G610 weeks ago but I’m still using MX Keys.

And the secret is the Logitech Options software for macOS and Windows. It allows key/mouse customisations, gestures, app-specific settings and one that I particularly like – move the mouse from one computer device screen to another.

It is called Logitech Flow, and it is as simple as mousing to the edge of screen A and it appears on computer screen B – repeat for screen C. Plus you can transfer text, images and files between your computers – just copy on one and paste on the other. The only requirement is that all devices are on the same network (Ethernet or Wi-Fi). I suspect it uses Logitech Options Cloud to cut and paste that data from. I am not sure of any privacy implications but if you have to trust anyone Logitech is a safe bet.

With one tap you can simultaneously view every open window on your device, and there is a handy calculator key (no more rummaging around on your desktop to find this accessory).

The main annoyance for me is the lack of hard copy a keyboard map/legend. I know most keyboards are very similar; however MX Keys has some features that I have not seen before. I did a CTRL F5 to refresh a screen and instead, it closed all my applications! However, you can customise and remap any of the function keys and these double as multimedia controls.

It would have been handy to know what their function was without having to experiment. But it turns out there is heaps of information online – my bad.

If you use the backlight (and most will), a charge lasts about 10 x 8 hour days. You can use the keyboard as you charge via a USB-C (to USB-A cable). We did not measure charge time – it is a couple of hours.

The charge level shows up in Logitech Options, and there is an on/off switch to conserve battery – if you remember to use it.

GadgetGirl’s take – Logitech MX Keys is for me

The fact that I did not hightail it back to the mechanical G610 speak volumes. It is a well-made, well-designed keyboard that is quite different from the plethora of keyboards I have worn out over the years.

But the questions remain

The amenity question comes from the Logitech options app and if you can use Logitech Flow over multiple computing devices or the app-specific settings, then it is for you.

Better – as far as a keyboard goes it is good for me as a speedy touch typist, but hunt and peck typists will probably prefer large, clunky keys of the Logitech K230 wireless keyboard at $39.95.

Lasting power – well my G610 is a few years old and will last for many more years. I suspect that given the same use MX Keys will wear faster (painted scissor/membrane key versus injection moulded caps and mechanical switches) and it has a rechargeable battery that will eventually fade.

It is just like the MX Master 3 mouse – given the right use cases, it is superb. Or you just have buckets of money!

Features
Value for money
Performance
Ease of Use
Design
Reader Rating18 Votes
Perfect for the right use case
Unless you have the rigth use case there are far lower-cost options
4.5