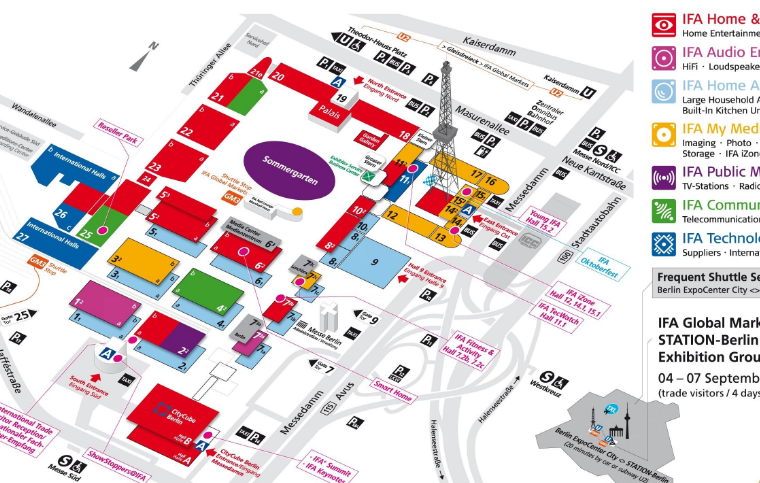 The Internationale Funkausstellung Berlin has been running since 1924, apart from an unfortunate interruption in the 1940s. Since 2005 it has been an annual event. The German means “international radio exhibition Berlin” and these days is better known as IFA Berlin, one of the world’s leading consumer electronics shows. Most of the biggies in consumer electronics roll up each year and show off their latest, and sometimes tease with their future, stuff.

Alcatel is one of those companies that people are vaguely aware of, but doesn’t seem to have a big sexy presence in the consumer space. Originally established in partnership between Chinese giant TCL and the French company Alcatel-Lucent, it is now wholly owned by the former. What it is best known for is low cost mobile phones, but in Berlin it announced some new products and partnerships, demonstrating its commitment to Virtual Reality.

The main product: the Alcatel Vision. That’s a fully self-contained VR headset, no phone needed. VR requires independent images for each eye, so this packs two 96mm AMOLED screens. Each one has a resolution of 1080 by 1020 pixels. It is designed to give the user a 120 degree field of view, which is the widest of any of the major market players. There’s an octa-core processor with 3GB of RAM and 32GB of storage to keep things running, along with a number of the sensors typically found in phones: accelerometer, gyroscope and proximity sensor. For a VR headset to work properly, it has to know about your head movements.

It has also announced the Alcatel 360 Camera so that you can make your own VR content. In addition, Alcatel says that it’s “partnering” with the producers of the 360fly 4K, 360fly HD, ALLie Camera, Insta360 4K and Nico360 VR cameras to make sure “it will be easy for consumers to create, share and enjoy VR content”. That sounds like good news.

Samsung and the Quantum Dot

As you’d expect, Samsung revealed quite a number of products. Amongst the highlights was the massive KS9800 88 inch Quantum Dot TV. Quantum Dot is Samsung’s technology to produce light in its TVs in very precisely defined wavelengths to maximise performance. By anyone’s measure, 88 inches is enormous – more than 223cm.

There’s more to Samsung that just images. In particular, it has announced two more products for its AddWash line of washing machines. The AddWash Combo includes a clothes dryer, while the AddWash Slim is a compact unit, the better to fit in the less expansive accommodations of Europe (this is a Berlin show after all).

Plus so much more. The Samsung HW-K950 Soundbar brings Dolby Atmos sound into the home in a compact package. The Samsung Family Hub refrigerator allows the direct ordering of food for replenishment, plus provides a number of functions not traditionally refrigeration-related, such as managing family schedules and communication between family members, and even home entertainment. We don’t think there’s a kitchen sink in there, but there are cameras so when you’re at the shops you can bring them up on your smart phone and see if you need to buy that punnet of sour cream you need for tonight’s dinner.

Sony took the opportunity to announce the flashship Sony Xperia XZ phone, which incorporates an astonishing 23 megapixel camera. Sony reckons this can start up in six tenths of a second. It has three sensors which apparently help with taking sharp pictures of moving objects, there there’s laser autofocus that’ll also help keep things sharp.

For selfies there’s a 13MP camera on the front. Sony says that the phone offers 4K recording, but doesn’t say whether that’s with the front or rear camera or both.

The 5.2 inch display offers a Full HD 1080p picture using Sony’s Triluminous display technology. The phone is IP65/IP68 rated for dust and water protection. Not suitable for swimming, but it should be okay in the rain. The screen uses Corning Gorilla glass.

The Sony Xperia XZ is powered by a quad core Qualcomm Snapdragon 820 processor and support for up to 12-times LTE data speeds with 3GB of RAM. There’s 32GB of storage and a microSD card slot supporting up to 256GB. The phone uses a USB Type-C connector for power and wired connections.

One last trick: it has a fingerprint scanner for unlocking the phone. But Sony has gone and put it on the power button instead of the home button. Which, when you think about it, is where it ought to have been all along.

Sony promises this phone will be available in Australia before Christmas.

But this is already too long, so tomorrow we’ll talk about Sony’s new consumer electronics goodies and some very classy stuff from Bang and Olufsen.