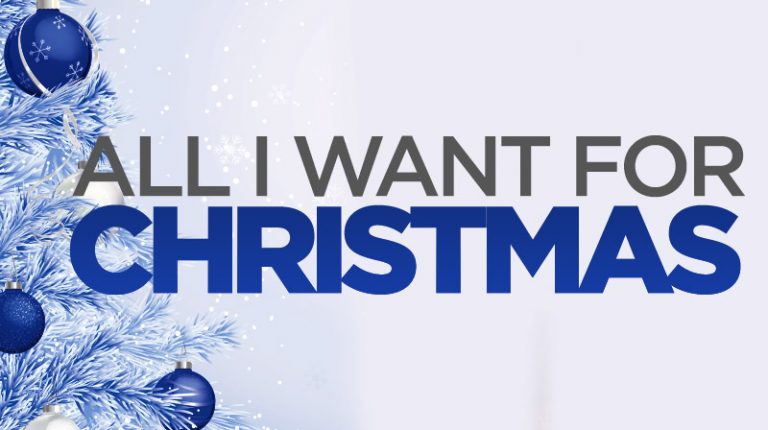 Have you ever wondered why car magazines review Lamborghinis and Ferraris in addition to sensible family movers? Most readers will at one time or another in their lives own a sensible family mover. We’d be surprised if one in a ten thousand readers ever owns one of those supercars.

But we can dream, can’t we? We can imagine what it would be like. We’ll examine the test results for the fuel economy of the family sedan, and for the 0 to 100kph acceleration time of the Porsche.

So in that spirit, let’s look at some Christmas present ideas which may or may not be affordable, but are united by the spirit of: wouldn’t I just love to have that!

(But, of course, most of them are wonderfully, excitingly expensive.)

Vinyl has made quite the comeback in recent years, in part because of nostalgia, in part because of claimed sonic superiority. Along with vinyl have come a wealth of cheap and nasty record players that are almost certain to damage your records as well as sound lousy.

To get the best out of your vinyl and keep the records in fine condition for repeated playing, a fine turntable is required. You won’t find many better than the Bryston BLP-1 from one of the best brands in hifi.

Yes, we keep returning to the iPhone 7, but if there’s a marker of discrimination in taste available within the mobile phone market, it is surely ownership of the iPhone 7 or the iPhone 7 Plus. Yes, you can do pretty much everything possible on an iPhone on much cheaper Android phones. But with the same style? Not likely.

There are fans for cooling you and heaters for warming you. There are even some that do both. But there aren’t many that do both with real style and purify the air at the same time. We shouldn’t be surprised that the engineers and designers at Dyson have come up with such a thing.

Employing Dyson’s signature loop, this device can also automatically swing from side to side, be aimed high or low, and deliver plenty of power quietly.

Turns out we were right. When the Panasonic HC-X1 Ultra HD camcorder was announced a few months back we estimated a likely selling price of $5000. That’s pretty much what Panasonic has it listed at.

The first generation of OLED TVs were curved … we guess simply because they could be. That didn’t disguise their unparalleled ability to produce pictures with perfect black backgrounds.

Lately LG has been flattening them out – that makes for easier use by real people – while working on the other end of the scale: this TV series are now much brighter on whites and colours, making the picture even more astonishing.

A typical high fidelity loudspeaker uses one half of one per cent of the power from your amplifier to produce sound. The other 99.5% is turned into heat.

The Klipsch La Scala II turns twenty per cent of the power from your amplifier into sound. It doesn’t need “long throw” woofers because it has an enormous horn loaded 380mm woofer which produces enormous volumes of sound while hardly moving.

In the end, we mostly want our best photos on paper. Digital photography is wonderful in ways too many to recount here, but turning those bytes into ink is still a slow process. It’s not surprising, then, that Polaroid-like instant print cameras are making a resurgence.

Combine that type of technology, modern design sensibilities and the exceptional quality of Leica optics, and you have the Leica Sofort Instant Camera.

We opened with an implied crack about family cars, but our favourite cars are in fact cars that can operate as equally well as family cars as they can as sports tourers. Which brings us to the Volvo S90. Our reviewer called it a “luxury full-size sedan”. Equipped with a powerful engine, and a powerful Bowers & Wilkins 18 speaker stereo, the car appears to have just one weakness.

Its “Large Animal Detection” avoidance system will recognise and avoid deer, cows, elk and mooses, but not kangaroos and wombats. Yet.

I generally review projectors using a projection screen with a diagonal of a little under 84 inches. Bigger than that in my review room would be overkill. But don’t we all lust after a bit of overkill.

So how about an ultra high definition TV with a screen to really take advantage of those eight million pixels. That’s what this flagship Samsung TV offers: 88 inches of curved UltraHD display area. That works out at 2.24 metres. That’s picture you can get lost in.

For the very best photography you need different lenses for different circumstances. That means an interchangeable lens camera. In this case it’s Panasonic’s second-from-the-top mirrorless Lumix. Why not the top of the line? It isn’t for months and the previous model is a couple of years old, and thus lacks some of the latest features offered by the DMC-D85.

Such as aperture and focus bracketing. The former means you can pick your preferred depth of field after the event. The latter means focus stacking for infinite depth of field.

For this price it comes with a 24mm to 120mm (35mm equivalent) zoom lens which, like the camera, is weather sealed.

Real UltraHD-capable home theatre projectors remain rare: just Sony and BenQ. Some of Sony’s offerings run up to $90K so perhaps BenQ’s $8K shouldn’t seem like much of an extravagance. Remember, less than ten years ago a full HD projector cost $40,000!

Some very fancy DLP technology is used by BenQ to get a real UltraHD resolution onto your screen. And there’s plenty of brightness to deliver this to screens two or three times the size of that big TV we mentioned above.

If you fly long distance, you can get to the other end without your ears ringing. You need noise reducing headphones. That way you don’t have to turn up the inflight entertainment to a ridiculous level to hear it over the aircraft noise.

Bose invented the noise cancelling technology for fighter pilots, and brought it to hifi listeners in its QuietComfort series. This latest in the series includes Bluetooth – ideal for that iPhone 7. And if you’re on a plane where you’re not allowed to use Bluetooth, you can use the headphones anyway because they also work with a wired connection.