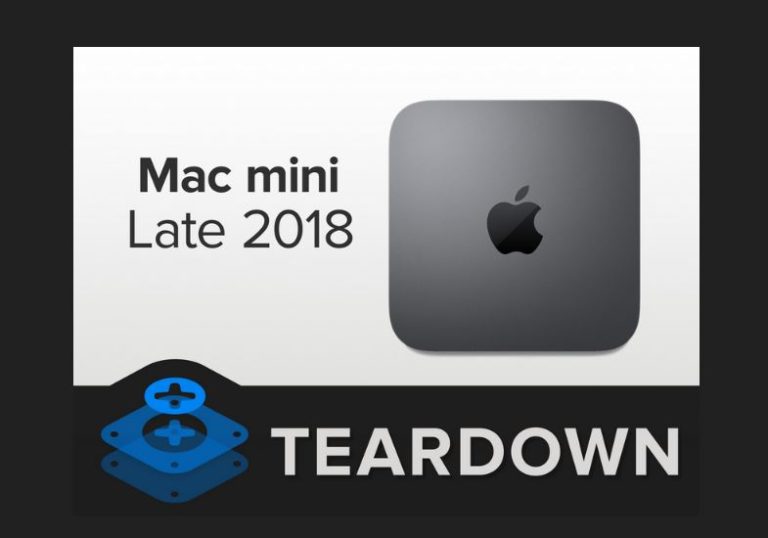 iFixit’s teardown of the Apple Mac Mini 2018 teardown shows the good news is that RAM is user replaceable – but the rest is not.

It found that in that the processor and storage are still part of the logic board, as are those many ports. If of those breaks, it takes the whole logic board with it. In the end, however, the Mac Mini 2018 receives a 6/10 repairability score.

The Mac Mini 2018 (GadgetGuy )shows it is possible to fit a lot into a 197mm square computer including an 8thgeneration Intel Core i3, i5 or i7 and up to 64GB or DDR4-2666Mhz memory. Apple’s website is here.

One feature is that using the 10GBb Ethernet option you can daisy chain several Mac Mini 2018 into a small server farm and macOS software load balances across the farm. Great for video editors!

Another is four Thunderbolt 3 40Gbps ports that allow for amazing expansion including two 4K, one 5K display or an eGPU.

iFixit says the HDMI port is unusual for Apple – no other Apple computer has one relying more recently on Thunderbolt connections. It is a move likely to see wider adoption in home use.

The full teardown is here.

iFixit gave it a 6/10 for repairability mainly because it is easy to open the Mac Mini 2018 up and RAM is replaceable. But apart from that literally everything is surface mount on the motherboard, and that means a full and expensive replacement if even a minor port or part fails.

To be fair to Apple, it is no different to the many brands of laptops and even PCs that use almost 100% surface mount – at least Apple is not using masses of gooey glue to keep things in place.

But the message is clear – if it could at least use a replaceable M.2 SSD and put the ports on a replaceable header it could have had a perfect 10/10 score and led the industry.