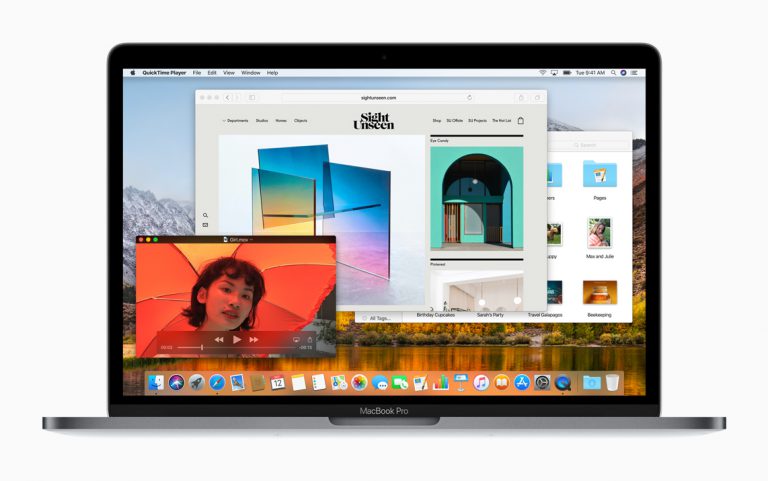 Announced earlier this year, the latest version of Apple’s Mac operating system, macOS 10.13 High Sierra, is now available. As always, it’s a free upgrade to compatible Macs. Apple says that it supports “all Macs introduced in late 2009 or later”.

Perhaps the main feature is a new file system, called Apple File System (APFS for short). This replaces the HFS+ file system Apple introduced to the Mac way back with OS 8.1 in 1998. The various deficiencies of that system have became more apparent with the move to the Unix-like Mac OS X. Linux’s Linus Torvalds has said that “HFS+ is probably the worst file-system ever.”

Well, no more. The new system is designed for optimal performance on solid state storage. Indeed, says Apple, “support for Fusion and HDD Mac systems will be available in a future update”.

Apple says that APFS “ensures more efficient and reliable storage” and “common operations such as copying files and directories are nearly instantaneous.” It also provides for huge capacities and future storage technologies. For instance, the maximum size of any file is 8 exabytes, or a million terabytes, and the maximum number of files it can handle is 263, which is likely well in excess of the total number of computer files on all devices in the entire world. It also adds finer file timing, with date and time stamps recorded down to a resolution of a nanosecond.

In short, capacity wise, APFS will likely never be superseded.

Another enhancement is new support for High-Efficiency Video Coding, also known as H.265. That’s the new improved video compression system used on UltraHD Blu-ray. It provides smaller files sizes for the same quality, and is increasingly being used for 4K video. Apple will be providing support for 4K video streaming.

In addition, new graphics technology (“Metal 2”) will improve graphics performance and allow the graphics capability of the computer to be deployed for other functions, such as “as computer vision, natural language, and support for convolutional and recurrent neural networks”.

As with iOS 11, there is increased virtual reality support and fancy photo effects (“Loop, Bounce and Long Exposure” for Live Photos). A new under-the-hood feature is Core ML, which “brings the power of machine learning to all Apple developers, enabling the creation of entirely new kinds of apps”.

As always, before upgrading your operating system make sure all your important data and settings is properly backed up. If your Mac is your bread and butter working machine, hold off for a few days to see if any unexpected implementation problems appear.