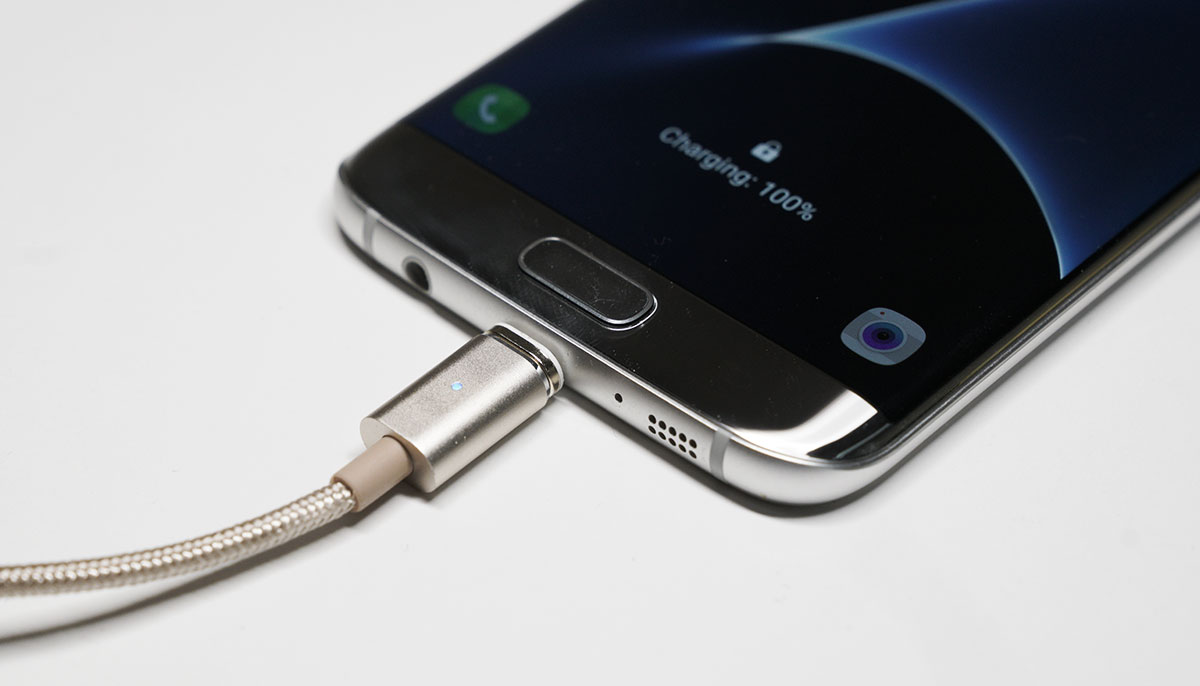 Magnetic phone cables could be a thing thanks to ASAP

Universal design is great in technology, because the idea that something should work one way and not break is always going to be a benefit to the consumer. While not all cables are made with this in mind, at least one more is being developed.

If you’ve ever seen Apple’s Lightning cable, you’ve seen an example of a well designed cable. We’re not going to critique the occasional problems people have with the chip built into the top to regular power — and this is usually a result of poorly made cables, not those from Apple — but the plug is well designed.

Simple and basic, it’s a metal prong with a few connectors, and a design that makes it impossible to plug it in the wrong way. Right-side up, upside down; it’s all the same.

Apple iPhone owners know this plug well, as do iPad owners, and even people with one of the recent updates to the Apple keyboard or mouse accessories.

USB Type C is another example of a well designed cable, also known as Thunderbolt 3. The connector is reversible and can’t be inserted incorrectly, unless you’re trying to plug it into a port that isn’t USB Type C or Thunderbolt.

Some phones have this cable already, such as the HTC 10 and LG G5, while a few computers have started using it, including the HP Spectre x2, the Samsung Galaxy TabPro S, and the Apple MacBook, but not all devices are here yet.

In fact, some still rely on standard cables, with connectors like the microUSB which can only go in one way, causing some to snap if you force these poorly.

It’s not hard to get the cable in the right way, but what if you want your phone to live in that future where the cables are all easy and simple?

For that, we turn to an idea that has roots in both Australia and America, with the team at ASAP Technologies, which has come up with a concept that allows a microUSB connector to stay inside your phone and connect to a magnetic cable that detaches easily.

Called the ASAP Connect, it’s a reversible connector and plug that converts standard phones into something with a reversible design, so you never have to fiddle about with the wrong connector again.

Design is pretty simple on these things, with two parts.

First there’s the plug connector, which sits in the phone. Plug it in once, and you’re good to go.

Next there’s the cable, with a threaded design that gives it a bit of durability compared to the standard plastic lengths. At one end of this cable, there’s the standard USB connector, while the other end houses a bit of circuitry, a light, and a magnetic end to connect to that port you just plugged into your phone.

And that’s it, with the ASAP Connect allowing for a simple and easy connection that you don’t have to fiddle with and risk breaking.

“The way that consumers have responded to ASAP Connect is proof that our thinking behind the product is spot-on,” said Vinson Leow, Founder of ASAP Technologies.

“We believe we’ve hit the mark with ASAP Connect, a charging cable that leverages patented magnetic coupling technology and superior materials to offer a secure connection every single time.”

There are some catches to the ASAP Connect design, with one being that if you end up with an ASAP Connect for both the iPhone (Lightning) and for Android (microUSB), your connection isn’t just a straight jump between them.

While it might be a good idea to just have one cable for both Lightning and microUSB versions, ASAP’s Leow told GadgetGuy that this isn’t possible due a difference in technology which affects the configuration of prongs.

Our other quibble with the connector is that it can be a little annoying to get the connector out, needing to pull the plug out with your fingernails, and then making sure the magnetic cable is nearby so you don’t end up losing the thing quickly.

Still, the idea is good and has merit, especially as so many of us have phones with plugs that can be bothersome.

If you feel your device could benefit, you won’t find ASAP’s Connect in stores yet, with it currently in the crowdfunding stage of its device life, available for a little under 20 per cable with one tip or a little over for two, with cables expected in October of this year.