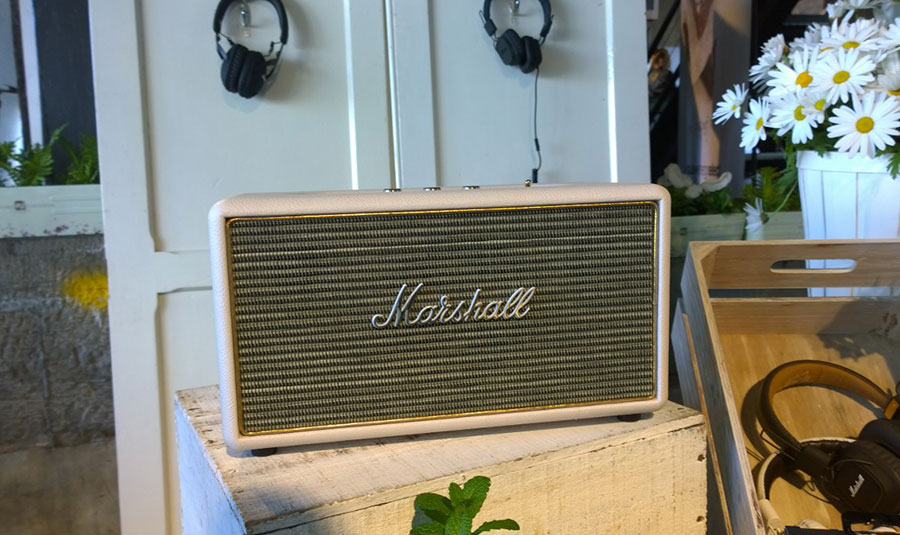 Marshall is a name with a ton of history, and as someone who has played and worked with its amps, seeing the brand enter speakers and headphones is intriguing stuff.

If you’ve ever picked up an electric guitar or bass, there’s a good chance you’re familiar with the brand marshall. The name in script has lit up numerous amplifiers, originating from the UK and appearing on stage with such names as AC/DC, Aerosmith, Blur, The Deftones, Fall Out Boy, oh and the legendary Jimi Hendrix, to name but a few.

Amplifiers and speaker cabinets aren’t the only thing people have to recognise the Marshall name anymore, though, as the brand branches out into popular consumer electronics, with the Marshall script now appearing on a Bluetooth speaker and a few headphones.

While we didn’t get the time to put our ears to the Marshall headphones, they definitely look interesting, and we’re told they’re more than just a gimmick, with sound that should make audio enthusiasts smile, not just because they’ll be wearing the Marshall name on the side of their heads.

The other product that grabbed more of our attention is called the “Stanmore,” and it’s Marshall’s Bluetooth speaker, adopting a style just like that of their amplifiers and speakers, but applying a wireless speaker to the package instead of one that can make a guitar or electric bass ring out from practical silence.

It’s not a particularly small Bluetooth speaker, that said, but that’s hardly a surprise with two tweeters, a 12cm subwoofer, and a weight of just over five kilograms, making it one of the heavier wireless speakers we’ll have seen.

Bluetooth is the main way to get audio to the Stanmore, but you can get by with an RCA, 3.5mm, or an optical input if you so choose, providing some wired sound for those who really need it.

Interestingly, while it looks like an amp, it won’t actually drive one, with reps from Marshall’s distributor Amber Technology telling GadgetGuy that the Marshall Stanmore will not drive a guitar, even if you do plug it in. Sorry, there just isn’t that much power.

Now all we need is Fender, Ernie Ball’s Music Man, and Gretsch to get their hooks into more than just instruments and we can make the rest of our home look like the instruments we’re own (don’t call us fanboys).