More memory may be the performance panacea 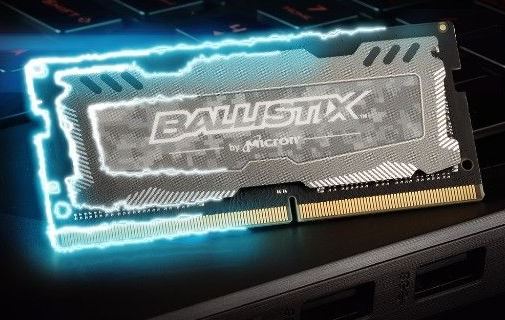 According to premium gaming RAM memory maker Ballistix memory is fast and easy to install and adding more can be the most affordable type of gaming upgrade you can do. It is less expensive than a gaming headset, keyboard, or mouse and a fraction of the cost of a high-end graphics card.

Top gaming performance centres on your rig’s processor and motherboard, followed by your graphics, memory, storage, monitor and other peripherals. The role of each is critical, but without enough RAM, you’re unable to feed each component with the resources it needs to keep your game lethal.

Memory is what supports your game world. The more memory you have, the more of your game’s world your system can be processed and load in real time, which is how you get a seamless experience.

How do you know if you need more RAM?

Windows 10 – the latest iteration – does almost everything in memory to enhance speed, only swapping to slower hard disk-based memory when it needs to. This is unlike older Windows versions that will swap to slower memory even if there is plenty of free RAM.

So, adding more or faster memory is only part of the panacea – you need to look at what is using the RAM (use Control Alt Delete and select Task Manager) and to find where the memory hogs are. For example, some brands of anti-virus, some web browsers (especially when using multiple open tabs), and some Internet Relay Chat apps hog memory. Of course, multiplayer online games are hungry too.

In Windows 10 Task Manager also reveals how much memory is being used to render graphics (especially if using Shared Intel or AMD graphics) and can be an indication that a discrete video card with dedicated GPU (Graphics Processing Unit) and VRAM (video RAM) may be a better investment.

While Ballistix is a memory maker and it would naturally recommend more memory, it is not blatantly promoting its products. All it is saying is that usually more, faster memory will improve overall performance. As a caveat, the motherboard needs to support higher speed memory.

Before you rush out and buy more RAM

Gamers should benefit from 16GB of faster memory in several different ways. Games run more smoothly with faster response and fewer jerky movements. You will get better 3D rendering –  cleaner and brighter images.