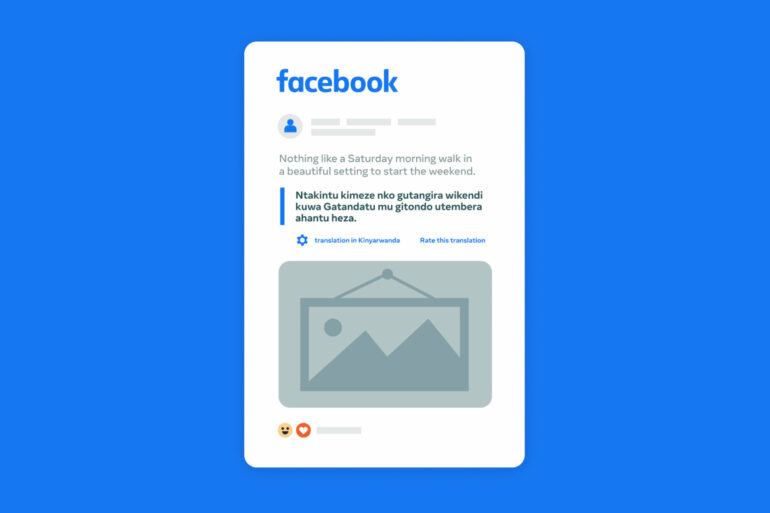 So ambitious is social media company Meta’s plan to develop an AI tool capable of translating 200 languages, it’s opting for an open source model to get it done.

As The Verge reports, the in-development AI tool is a single system capable of translating 200 different languages in more than 40,000 different directions. This includes languages already widely supported by pre-existing software models, although Meta aims to cover dialects not otherwise supported, such as various African and Indian languages. Meta researchers have published a paper on their progress so far.

In order to cover such a large-scale project, scientists working on the AI translation model recognise the importance of open source contributions. It also helps to democratise the process, meaning the monolithic Meta doesn’t have complete ownership over everything. A page is live on the software development community GitHub for the project, entitled “No Language Left Behind”. Meta has also provided grants in the past to researchers unable to source funding for such translation projects.

One of the reasons Meta is calling on open source contributions is to address translation accuracy of what’s referred to as “low-resource languages”. With limited data to work from, it’s tricky to ensure reliability. Another testing in action is the AI model being used to assist Wikipedia editors in translating articles between languages.

Currently in a research and development phase, the translation AI project is in the works for potential use across Meta’s various platforms and products, including Facebook, Instagram, VR and AR. The ability to quickly and seamlessly translate different languages is seen as a massive growth opportunity for the company.

Meta is enacting a cross-discipline approach to try and ensure cultural sensitivity when working with native speakers of low-resource languages. This means instead of solely involving computer scientists, the project also enlists experts from fields including linguistics, sociology, and ethics.

It’s an ambitious project but one that could ultimately reduce communication barriers globally. Of course, it’s natural to retain some scepticism considering a social media giant’s involvement. It does have fantastic language education and preservation potential, however. Closer to home, it could supplement local efforts, like the Gambay website, to document First Nations languages.