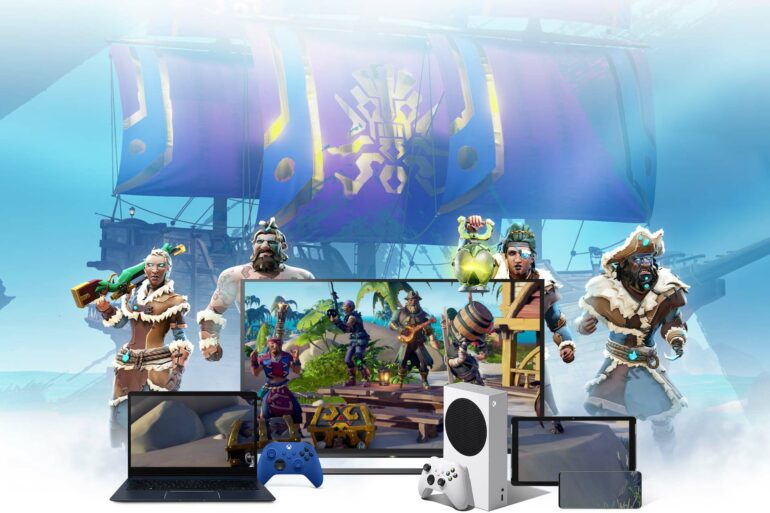 Microsoft has provided an update on its “Keystone” device, a dongle that enables users to stream Xbox games from the cloud without the need for a console.

This public comment comes courtesy of a story on Windows Central, indicating that the device is still a little while away. Codenamed “Keystone”, the Xbox dongle reportedly plugs into an HDMI port and can play cloud-enabled games via the Xbox Game Pass subscription service.

“Our vision for Xbox Cloud Gaming is unwavering, our goal is to enable people to play the games they want, on the devices they want, anywhere they want,” A Microsoft spokesperson told Windows Central. “As announced last year, we’ve been working on a game-streaming device, codename Keystone, that could be connected to any TV or monitor without the need for a console.”

“As part of any technical journey, we are constantly evaluating our efforts, reviewing our learnings, and ensuring we are bringing value to our customers. We have made the decision to pivot away from the current iteration of the Keystone device. We will take our learnings and refocus our efforts on a new approach that will allow us to deliver Xbox Cloud Gaming to more players around the world in the future.”

For a while now, Microsoft has pushed towards a hardware-agnostic future. Since the launch of Xbox Game Pass – often referred to as the Netflix of games – in 2017, the service has expanded to encompass multiple platforms. Beyond Xbox consoles and Windows PCs, you can also stream games on mobile devices using either an app or a web browser. There’s also talk of Microsoft working on a native Xbox app for smart TVs, removing the need for additional hardware, except for a controller. Keystone appears to be one component of this strategy, although we’ll need to wait longer to see its exact form.

The state of cloud gaming in Australia

After a beta access period, Microsoft launched Xbox Cloud Gaming locally in October 2021. A part of the Xbox Game Pass Ultimate subscription, which costs $15.95 a month, it enables you to play games on compatible devices with access to a decent internet connection. The minimum requirements include at least a stable 20Mbps download speed, plus a 5Ghz Wi-Fi band.

The library of games accessible through Xbox Cloud Gaming rotates over time – like any major streaming platform. Recently, Microsoft made it possible to play the popular multiplayer title Fortnite for free via the cloud, even for anyone not subscribed to Xbox Game Pass.

Another major cloud gaming service available to Australians is GeForce Now. Backed by Nvidia and using local Pentanet servers, GeForce Now lets you play PC games on a range of devices – even underpowered laptops – accessing the power of virtual PCs loaded with RTX graphics cards via cloud servers. GeForce Now already has native smart TV app support across a range of manufacturers, including LG and Samsung.

PlayStation Now and Google Stadia are other prominent cloud gaming services, although neither is currently available in Australia yet. Stadia, in particular, has been plagued with issues since its overseas launch, while Sony recently revamped its PlayStation Plus subscription service. There’s no word on when or if PlayStation Now will come to Australia, despite the service originally launching overseas back in 2014.

Although Australia’s internet infrastructure makes it difficult for some to reliably access cloud gaming, more options like apps and streaming devices like Keystone help to make the pastime more approachable. Considering consoles such as the PlayStation 5 and Xbox Series X remain in short supply due to the ongoing semiconductor shortage, cloud gaming is a decent alternative.