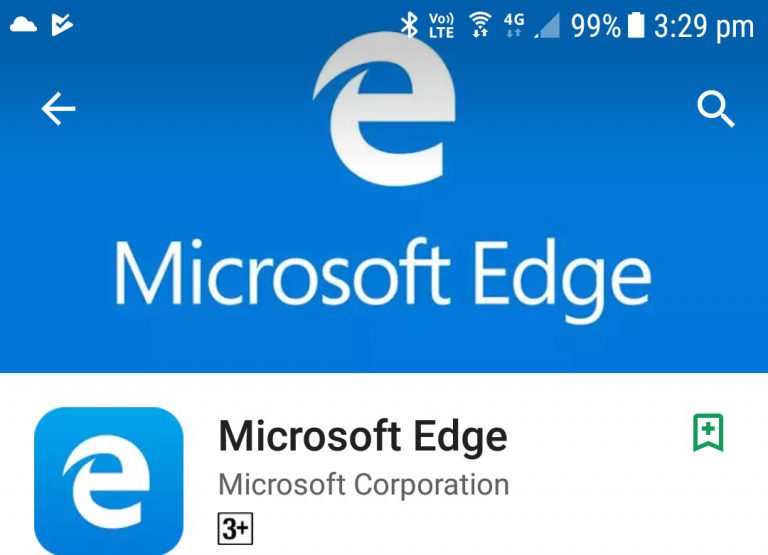 When Windows 10 was released two years ago, it came with a brand new browser by the name of “Edge”. This was both very stylish, and a useless piece of junk. Apart from crashing frequently, there was many basic functions it simply lacked. But Microsoft has been working on it and for the past year it has been pretty respectable, and still getting better.

But I’ve kept using Chrome, principally because it works on all my platforms: Windows PC, Android phone, iPad Mini 4, and Mac. Everything syncs so my favourites are always the same. Site passwords are remembered so I’m not scrabbling to find them again. It has been good.

But Edge has been better in some respects. Apart from the more modern looks, it just seems faster. It positively flings web pages onto the screen.

Edge’s remaining weakness: PC only. Until now. A couple of months ago Microsoft released test versions of Edge for Android and the iPhone (apparently it doesn’t work on iPads yet). And now they’ve been fully released. I decided to give Edge a whirl on Android (and, of course, Windows).

I will report back in a couple of months after a thorough workout. But here are a few first impressions.

First, the reception seems quite positive. There have been a million downloads from the Play Store for Android so far, and the 793 reviews average 4.3 stars.

Second, one of the big “selling” points is the ability to “continue on PC”. That is, you can be looking at a web page on your phone, and then continue on your PC. That involves installing the Microsoft Launcher – that is, Microsoft’s interface – on your phone. It’s easy enough to do. You just tell Windows your phone number and you’ll be texted a link to the Play Store app, which you can install.

I did install it on a Samsung Galaxy S7, and for the moment I’ve decided to stick with it over the S7’s native TouchWiz launcher. But of course the first thing I had to do was find and return the widget  for Google Assistant. And then add a bunch of apps that had disappeared from the front page. Gmail for one.

The “continue on PC” isn’t quite continuing. You have to be at the top of the page on the phone to see the icon to do the continuing, so you can’t resume half way down a long page. But that’s being picky, I suppose. In practice, “continuing a page” was slow the first time as the connection was established, but on subsequent connections it only took a couple of seconds.

It turns out that you can link to more than one computer, so I was able to link to both my desktop and my Surface Pro 4. And, I guess, any others I wanted to. And, the “continue” function worked, even when I was away from the office so I could send pages to my other computers so they’d be ready when I got back.

Edge on Android seems to work okay, has no marked omissions I’ve yet noticed, and both passwords and bookmarks seem to be syncing smoothly.

Now all that’s needed is for Edge to make the transition to Android tablets and iPads and, of course, Macs.