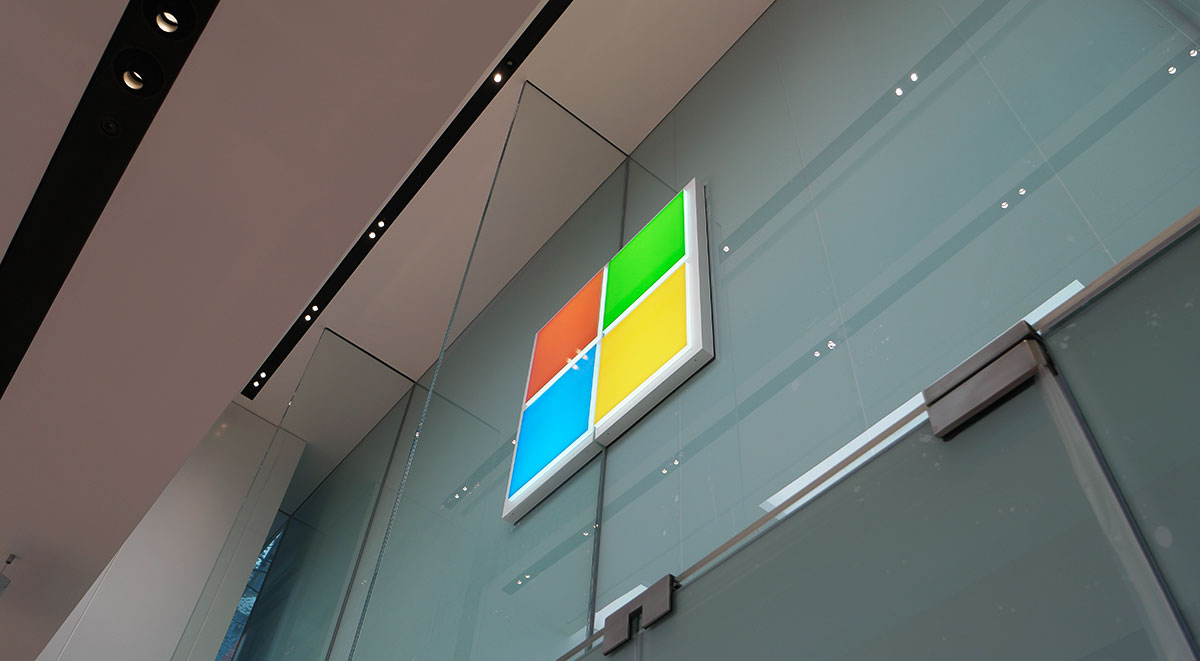 Microsoft opens first store outside US, and it’s in Sydney

Australia has plenty of Apple stores, and we even have a couple of Samsung stores, but we now have our first Microsoft store, and it’s not just for Microsoft products, but for anyone with a tech problem that involves a Microsoft-made thing.

Sydney’s Pitt Street Mall is now home to one more store front, and while we don’t normally write about this sort of thing — because stores are rarely up on our radar and worth writing about — Microsoft’s first flagship store outside of America is worth talking about, not just because it’s big, bright, and shiny, but because of what it potentially brings.

It’s not just about selling computers, either, though that’s obviously part of it. Hey, it’s a store, after all.

No, this is about what Windows and Office and Xbox can do beyond just the computer side of things, with Microsoft’s people telling GadgetGuy that this was about “that wow moment”.

“It’s the opportunity to connect,” said Travis Walter, General Manager of International Retail Stores at Microsoft. “Flagship for us about that wow moment.”

“Now we’re just bringing in that physical location allowing people to come in and meet and touch and feel those products,” he said.

“Those products” include more than just the typical laptop and even Microsoft’s own take on the category, because you’ll surely find the Surface 3, Surface Pro 4, and even the Surface Book in the store.

Alongside these, you’ll also find computers from other manufacturers, and these will be sold with a “Microsoft Signature Edition” installation of Windows, a version that has been tweaked to be the best implementation of Windows Microsoft wants out there, different from what the other retailers will sell.

Aside for laptops, you’ll find a smattering of desktops in the all-in-one bracket, and even some phones and accessories.

In fact, the Sydney Microsoft Store will give Aussies the first showing of Windows 10 on a phone with the Lumia 950 and Lumia 950XL, as well as Microsoft’s Band 2, the second of the wearables from Microsoft but the first Australia has seen from the company.

Beyond these categories, you’ll also find Xbox One units you can play, plenty of accessories, and some free WiFi, because it wouldn’t be a tech store if you didn’t offer that.

There’s even a clear stairwell that looks like glass, though could be heavy plastic.

Now where have we seen one of these before?

Not quite a Genius Bar, this is about helping anyone with a Microsoft product as much as they can to get the answers they need.

In theory, this means Windows PC owners will be able to drop by or make an appointment to get their queries solved by a support team that speaks over 20 languages, but it’s not just about Windows on a computer.

If you have questions about an Xbox, a Windows Phone, or Office running on your iPad, that counts too, with the Answer Desk open to connect the community with the support they need.

Adding to this, Microsoft will also be offering tutorials and lectures for customers, with this happening nearby the Answer Desk.

“Our new flagship store is here to showcase the very best of Microsoft to the local community and we are delighted Sydney has been chosen as its home,” said Pip Marlow, Managing Director of Microsoft Australia.

“This is a key part of our commitment to delivering a truly interactive retail experience that gives customers, partners and community organisations the opportunity to see, experience and do great things, all made possible by Microsoft technology.”

Perhaps one of the most interesting things you will find when you enter the store is that products aren’t cemented down to the table, and that’s because Microsoft wants you to pick up the laptops and phones and accessories, and feel them in your hands, playing with them to see how they compare.

We’re not sure how safe this will be from a security point of view, but from a consumer use, it’s about a better way of working out what you want.

And that way will come with actual hands on time, while the store clerks ask how you’re doing and demonstrate what you can do with their hardware. If you’re in the market for a new phone, laptop, or video game system, that just might be perfect.