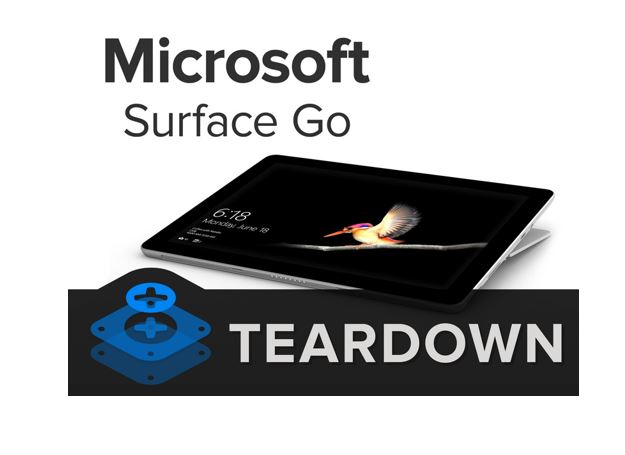 The new Microsoft Surface Go teardown shows it joins its esteemed bigger brothers and the MacBook as the world’s most unrepairable notebooks.

Noted teardown specialist iFixit (teardown here) was hoping for something a little less messy when they tore apart the Microsoft Surface Go. Alas, masses of almost unassailable, goopy glue hide beneath the Surface.

And as access to everything is via the front glass screen iFixit says while it is a little easier to remove [than its bigger brothers] without breaking, it is still terrifyingly hard. Replacement of any part requires removal of the display assembly, an easy (and expensive) part to damage.

GadgetGuy covered the launch here. We see it as an ideal traveller’s device just small enough to put in a largish handbag or smallish backpack. It will also appeal to education markets where macOS or iOS is not the best option.

Microsoft Surface Go Teardown – what lies beneath the surface?

It seems the smaller, thinner, lighter hybrids and laptops get the more glue holds it together. As mentioned earlier its easy to make but damned hard to economically repair. At the least batteries, RAM and M2 storage should be relatively easy to remove and replace.

Companies including HP, Dell and Lenovo, are taking note. At least making their laptops ‘field serviceable’ via a screw-on base plate. Good move. As we review future devices, we will be looking closely at repairability.