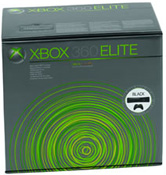 Microsoft today has lowered the price of the Xbox 360 videogame and entertainment system in Australia to a starting price of $299.00 RRP. With Christmas just around the corner, all Xbox consoles will come with complimentary games for a limited time at participating retailers.

“At the end of the month Xbox owners will be able to download a new user interface for their consoles, effectively updating the console. The New Xbox Experience is cleaner and more user-friendly and will allow users to create online parties, chat with friends, share pictures, create avatars of themselves and much more,” says Jeremy Hinton, Xbox group product marketing manager, Australia and New Zealand.

The full contents of the three entertainment systems are:

Is this a clearing of stock ahead of a new Xbox?