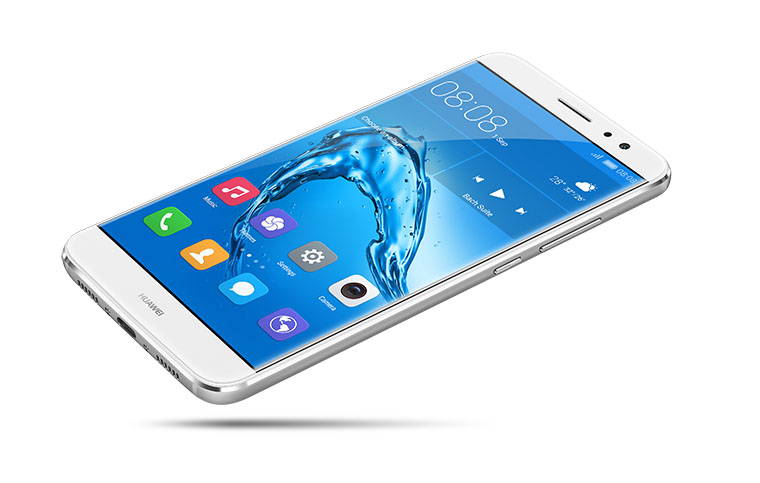 Chinese telecommunications giant Huawei has released in Australia its latest smart phone from its new Nova series, the Huawei Nova Plus. (I say giant” because it’s true: $US60 billion in revenues last year!) Priced at $549, it’s available now at Harvey Norman and Officeworks.

The phone comes with a mixture of fine premium features, and a couple of less than premium ones. On the plus side is a full high definition (1080 by 1920 pixel) screen measuring 5.5 inches. Huawei says that this will produce sixteen million colours and a brightness of an impressive 450 nits.

Construction uses an aluminium magnesium unibody with the back polished via sandblasting to a “Mystic Silver” finish.

Huawei’s Marc Di Giacomo, Head of Marketing for the Consumer Business Group in Australia, says, “Our engineers experimented with different ceramic sand grains and process parameters, including pressure and metal polishing speeds, to create the most refined finish and dynamic gloss possible.”

The screen has a “2.5D” finish, which means that its edges are rounded so that it need not be set into the phone body beneath the face of the bezel. No mention is made of the screen material.

The phone packs a 16 megapixel rear camera with optical image stabilisation and 4K video capture. The front camera is 8 megapixels. There’s a “beauty mode”, but little further information until we get our hands on one.

The sound is DTS branded, and there’s support for playing back all the important audio formats, including FLAC. The standard 32GB of storage (no, it’s not ROM as per Huawei’s web page – ROM stands for Read Only Memory) can be supplemented by a microSD card of up to 128GB capacity.

The processor is a Qualcomm Snapdragon 625 2.0GHz octacore unit. This isn’t as powerful as that in today’s leading premium phones, but would have smashed most from two or three years ago. There’s 3GB RAM.

The battery is a large 3340mAh in capacity. Huawei says that’s good for 2.2 days use under “common usage” conditions, or for “allowing users to capture thousands of shots on a single charge.”

A wide range of 4G/LTE bands are supported, and there is a good collection of sensors, including GPS and GLONASS (Russia’s GPS). There’s fingerprint sensing for easy unlocking.

Local connectivity is provided by USB Type-C – hurrah! The quicker everything switches to USB Type-C the better. Also it has Bluetooth 4.1 but the less-than-premium feature is that the WiFi works in 802.11b/g/n, but not ac and only uses the 2.4GHz band.

The phone is 7.3mm thick and it looks like there might be slight camera bump. From the photos, it looks like a quality bit of kit.